In his Downing Street press briefing Wednesday, Conservative Health Secretary Sajid Javid dismissed warnings made by health professionals that the National Health Service (NHS) is being overwhelmed by the surge in infections and hospital admissions from the pandemic.

Javid declared, “We don't believe that the pressures that are currently faced by the NHS are unsustainable.” 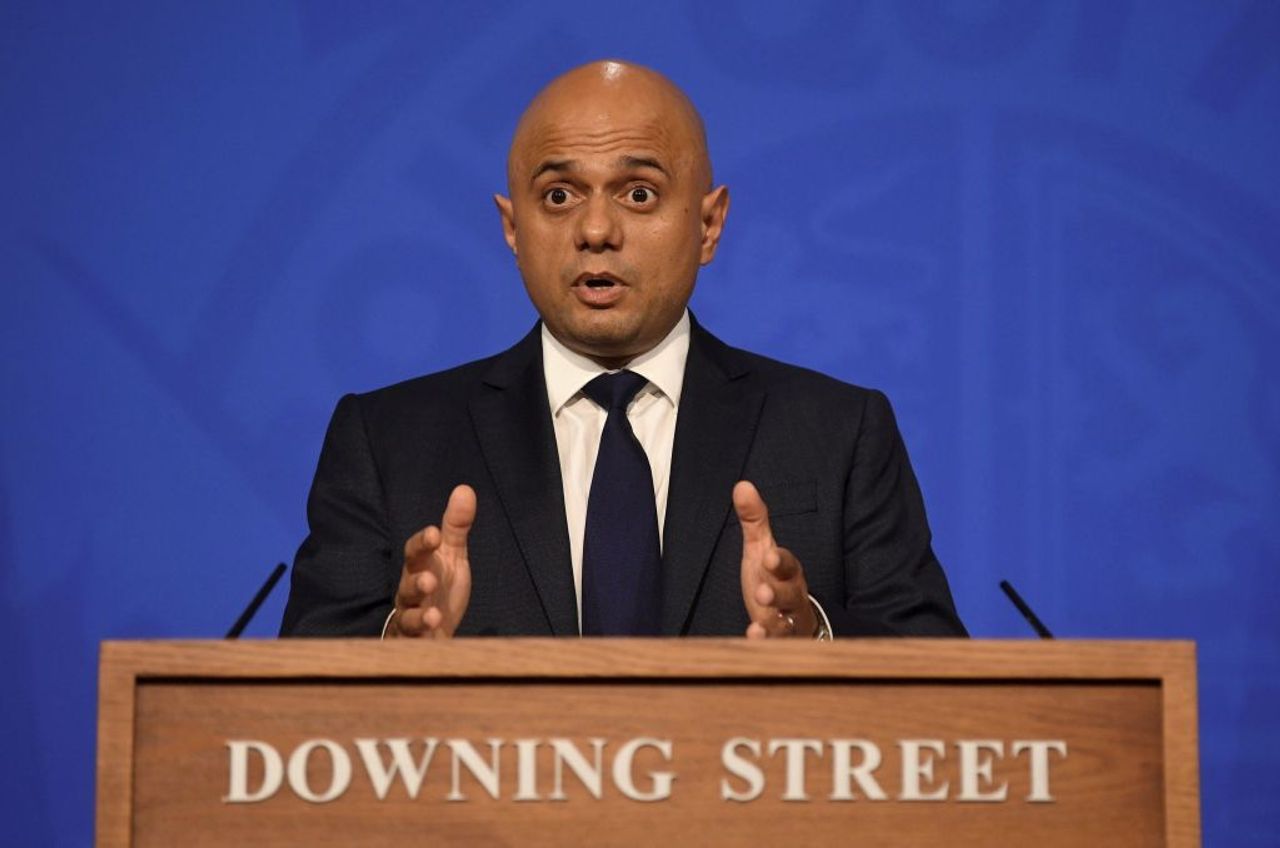 This was an arrogant response to appeals made by health managers represented in the NHS Confederation in a statement released the day before. The confederation wrote, “The NHS is seeing worrying increases in coronavirus cases in its hospitals and the community at a time when it is preparing for a busy winter period, its staff are close to burnout, and it is being expected to recover many of its services that were disrupted by the pandemic.”

Javid’s brazen statement rejecting even minimal mitigation measures contained the phrase of “learning to live with virus” twice. It came after the death toll from the pandemic in the UK in the previous last 24 hours had climbed to 223, the highest since March 9.

British Medical Association (BMA) chair Dr Chaand Nagpaul has described Javid’s refusal as “wilfully negligent”, stating, “The Westminster Government said it would enact ‘Plan B’ to prevent the NHS from being overwhelmed; as doctors working on the frontline, we can categorically say that the time is now.

“By the Health Secretary’s own admission, we could see 100,000 cases a day and we now have the same number of weekly Covid deaths as we had during March, when the country was in lockdown.”

The rejection of even the minimal measures contained in its own “Plan B” policy, mandatory face masks, remote working and vaccine passports, confirms that the government will not abandon its policy of letting the virus rip, no matter what the cost in human life.

The reckless actions of the health secretary are openly backed by the most frothing sections on the political right-wing, representing the interests of big business. They are demanding no more lockdowns or public health measures that would impinge on their profits, regardless of the rate of infections and death. Javid’s actions are viewed as a necessary exercise in facing down opposition from the public and within the health care profession to establish the “new normal” of “living with the virus”.

In an article in the Daily Telegraph, “The NHS isn’t facing another Covid crisis and Sajid Javid knows it”, Fraser Nelson, editor of The Spectator magazine, wrote, “This will be the first cold season in which Britain learns not how to suppress the virus, but how to live with it. To bring back restrictions in a fully vaccinated nation—and one not facing an emergency—risks ushering in a new way of life. These would be new rules not for a pandemic, but for winter. We’re about to test the ‘new normal’.”

The article is replete with a cartoon portraying doctors and nurses as a baying mob surrounding Javid under the caption, “Unsustainable Pressure”.

But the fact is that the Labour Party is just as set against containing the pandemic as the Tory right-wing. In parliament, party leader Sir Keir Starmer described calls for a plan B “the wrong focus… The question we need to ask is why is plan A failing?” He called like Johnson and Javid for an exclusive focus on vaccinations.

It is the claim that the situation in the NHS is manageable that is stuff of satire, with grave real life consequences. It is graphically refuted by the crisis in Accident and Emergency (A&E) units and the ambulance service around the UK. Last weekend the Association of Ambulance Chief Executives (AACE) reported that every ambulance service in the country was the highest level of alert. “Black Alert” or OPEL4 is triggered in situations in which comprehensive care cannot be provided and patients are at risk.

The AACE revealed that hours lost to ambulance services due to hospital handover delays of more than an hour had increased from 4,700 hours in April 2021 to more than 35,000 hours last month.

NHS workers are turning to social media to highlight the crisis denied by the government. On Twitter a student paramedic posted a photograph of rows of ambulances lined up outside an A&E in Oxford waiting to transfer patients explaining that she was 23rd in a queue of 25. Her message was “It’s not even winter. Help.” This was retweeted by a doctor adding, “These 25 ambulances are unable to attend 999 calls because the hospital is full—so they sit trapped outside, their sick patients unable even to enter [Emergency Department].” The doctor received a tweet with a video showing similar queues at another hospital with the message, “Same at Portsmouth.”

Last Monday, a woman suffering from a cardiac arrest died in the back of an ambulance after waiting more than two hours for handover to A&E at James Paget Hospital in Gorleston-on-Sea, Norfolk. There were 14 ambulances queuing outside the hospital on that afternoon.

A major factor causing the delays in handover at A&E is the shortage of hospital beds. The NHS is already surpassing safe thresholds of bed occupancy even before Winter and the onset of the flu season. The Independent reported that hospital beds across England had reached 91 percent occupancy last Friday. Anything more than 85 percent is deemed unsafe.

The stress on NHS staff is taking a heavy toll on their mental and physical health. The results of an inquiry conducted by the cross-party Health and Social Care Committee published in June over “workforce burnout” in the NHS and social care noted “the covid-19 pandemic had increased workforce pressures exponentially. 92% of trusts told NHS Providers they had concerns about staff wellbeing, stress and burnout following the pandemic.”

Ambulance crews are reporting having to work hours beyond their 12 hour shifts and often missing breaks. The main health union Unison reported examples of emergency call rooms overload. At one service there was a backlog of 400 calls and in some instances emergency call handlers starting shifts with ambulances needed at over 100 incidents. In some cases this has involved a 24 hour wait for an ambulance.

The Johnson Conservative government is driving the NHS over a cliff in pursuit of its herd immunity strategy and can rely on the trade unions and Labour Party to pose no opposition.

We encourage NHS workers to attend the WSWS-hosted w ebinar this Sunday, “How to end the Pandemic”. This is part of a globally co-ordinated fight back by the working class against the murderous policies pursued by the ruling elites around the world. A scientifically enlightened policy to end the pandemic requires a social force to ensure its implementation—the political action of the working class to defend lives not protect profits.