Around the world, the richest and wealthiest have benefited enormously from the coronavirus pandemic. In Germany, too, this is taking on very stark forms. The concentration of wealth at the top of society is horrendous. This was most recently confirmed by the latest rich list presented by Manager Magazin at the beginning of October. The annual list of the 500 richest Germans has been published for the 20th year.

The editorial accompanying this year’s list states, “Never before has the average absolute increase in wealth been as high as it is now. Never has Germany had so many billionaires, 213 currently.” 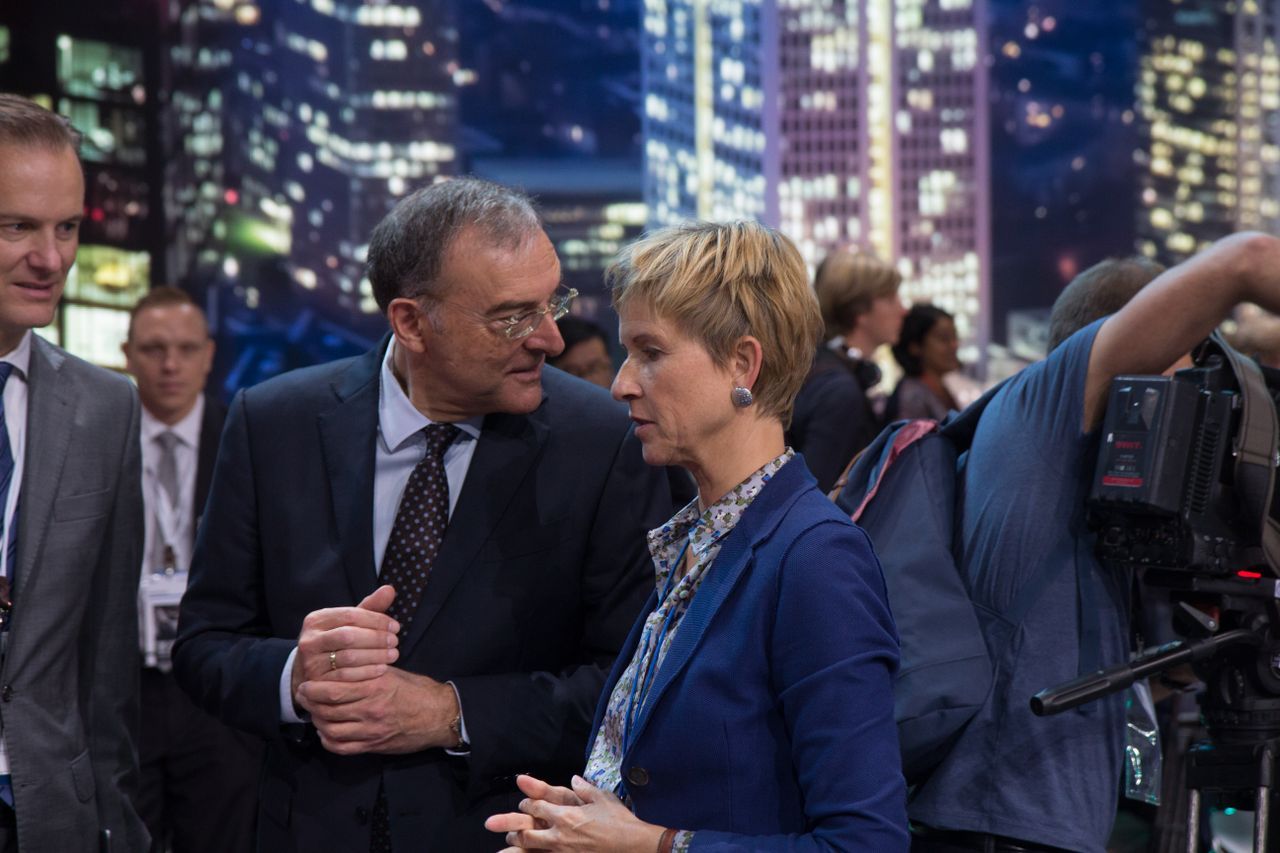 Susanne Klatten at the BMW booth at the IAA 2017 in Frankfurt (Olaf Kosinsky, CC BY-SA 3.0 EN, via Wikimedia Commons)

The magazine explains that its calculations of all wealth figures “are estimates. The basis of the valuations are business evaluations as well as research in publicly accessible archives, trade and real estate registers. In addition, research is conducted with asset managers, lawyers, bankers and representatives of the list itself.”

Thanks to high stock prices and rising real estate values, the wealth of almost all business and industrialist families has increased. The total wealth of the 100 richest Germans included in the list increased from 606 billion euros in 2020 to a projected 722 billion in 2021—a more than 19 percent rise.

This wealth is equivalent to more than one-fifth of Germany’s gross domestic product (GDP) and is higher than at any time since the list first appeared in 2001. Today, the 100 richest Germans are almost three times as wealthy as the top 100 were back then.

This enormous accumulation of wealth is also reflected in the growth in the number of billionaires. While Manager Magazin estimated their number at 69 in 2001, this year it is 213, meaning that almost half of the 500 richest people in the country own more than one billion euros. The assets of the ten richest Germans alone have increased by almost 80 billion euros this year.

This unprecedented enrichment is the product of deliberate policies. The ruling elite has seen the terrible pandemic as an opportunity to redistribute wealth further from the bottom of society upwards and to impose a ruthless class policy.

While nurses and doctors worked themselves to the bone saving lives in run-down hospitals and schools lacked money for even the simplest air filtration, hundreds of billions were handed to the big banks and corporations. These policies drove up stock markets around the world.

The German stock markets also grew in tandem with the death toll from the pandemic, making the wealthy richer and richer. At the same time, the “profits before lives” policy was forced on workers, requiring them to labour in unsafe factories and put their children in unsafe schools so as not to jeopardize the profits of the rich. In Germany alone, at least 94,000 people have fallen victim to this policy.

How closely the wealth of the super-rich is linked to the misery and death of the working class can be seen by looking at the individuals concerned.

Siblings Susanne Klatten and Stefan Quandt stand in first place on the rich list again. The family fortune can be traced back, among other things, to the exploitation of forced labour in Hitler’s Third Reich. They own 47 percent of the shares in BMW and also have stakes in other companies. Their assets rose by 9.2 billion to 34.2 billion euros. The auto industry generated huge profits despite the crisis and short-time working in the factories. BMW, like other corporations, maintained its dividend payments and benefited from government aid, while workers were hit by short-time working and the massive job cuts announced.

Dieter Schwarz sits in second place. The owner of Lidl and Kaufland, his fortune grew by 3.5 billion to 33.5 billion euros. His Lidl/Kaufland discount empire generated 122 billion euros in sales, with healthy profits generated by 500,000 employees worldwide. Sales staff and warehouse and logistics workers are among the core personnel particularly at risk from COVID-19, who worked through the entire pandemic.

In third place comes Klaus-Michael Kühne. His fortune has risen by 19.7 billion to 33 billion euros. Share prices of the logistics company Kühne & Nagel, in which he holds a 53.3 percent stake, and the Hamburg container shipping company Hapag-Lloyd, in which he owns a 30 percent stake, have soared to such an extent that the book value of Kühne’s assets has more than doubled.

In fourth place is the Reimann family, whose businesses include beverages, cosmetics and veterinary clinics. Their assets are the only ones in the top ten to have fallen by 2.5 billion euros to 29.5 billion.

Fifth place goes to the Merck family, active in the pharmaceuticals and chemicals sectors. Its assets increased by 7 billion euros to 28.5 billion euros.

In sixth place—a new entry among the ten richest Germans—are the brothers Thomas and Andreas Sprüngmann. They are the financiers and largest shareholders of the vaccine manufacturer Biontech, as well as having stakes in other companies. Their fortune has exploded, rising by 18.5 billion to 24 billion euros.

Here it becomes particularly clear how the super-rich increase their fortunes out of people’s suffering. In order to generate profits, far too few vaccines are produced and sold at extortionate prices, so that the majority of the world’s population is still unvaccinated.

The above-mentioned people exemplify the staggering wealth at the top of society, whose assets were increased so fabulously through massive exploitation and the billions they were gifted by the European Central Bank and federal government.

In the exploratory talks about forming a new government coalition, one of the issues under discussion is how to squeeze this money out of the working class again by reinstating the debt ceiling and other measures. In addition to already announced mass layoffs and plant closures, other harsh attacks on the social gains of the working class are on the agenda. The widening of social inequality is being pushed further by all the establishment parties.