US President Biden bluntly declared at a Town Hall meeting on Thursday that the US was committed to going to war against China in defence of Taiwan. The statement is another provocative step that undermines the basis of US-China diplomatic relations and intensifies the already acute tensions between the two countries. 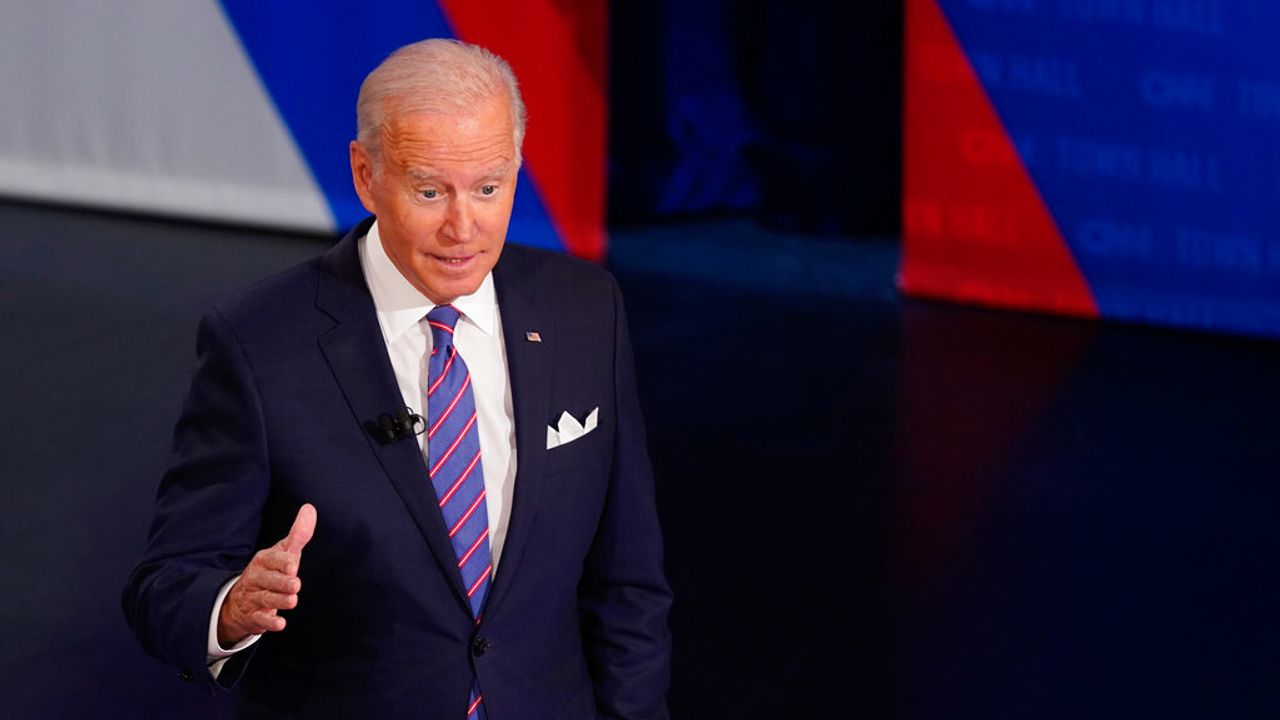 Biden was asked from the audience what he would do to keep up with China militarily and “can you vow to protect Taiwan,” to which he replied “yes and yes.” He dismissed the suggestion that China would overtake the US militarily, declaring that the world “knows we have the most powerful military in the history of the world.”

The meeting’s moderator, Anderson Cooper, clearly aware that Biden’s unconditional military support for Taiwan represented a fundamental shift in US policy, sought to clarify the comments leading to the following exchange:

Cooper: So, are you saying that the United States would come to Taiwan’s defense if —

Biden: Yes, we have a commitment to do that.

The White House subsequently sought to play down the remarks, declaring that Biden was not announcing a policy change. “[W]e will continue to support Taiwan’s self-defence and we will continue to oppose any unilateral changes to the status quo,” it said.

Biden did not, however, simply misspeak. As the most senior Democrat on the Senate Foreign Relations Committee for 12 years, Biden is fully aware of the diplomatic implications and potential dangers of unequivocal military backing for Taiwan.

The establishment of US diplomatic relations with China in 1979, following President Nixon’s trip to Beijing in 1972, was premised on the so-called One China policy whereby Washington de facto recognised Beijing as the legitimate government of all China including Taiwan. The US severed diplomatic ties and ended its military pact with Taipei and withdrew all military forces from the island.

For more than 40 years, US policy towards Taiwan has been governed by the Taiwan Relations Act, under which Washington has provided defensive weapons to Taipei and warned Beijing against any invasion of the island. However, in what has been described as “strategic ambiguity,” it did not guarantee military backing for Taiwan in the event of war with China.

“Strategic ambiguity” was aimed not only at reining in Beijing but deterring Taipei from any declaration of formal independence from China—a move that could precipitate war. Biden’s comments effectively overturn “strategic ambiguity,” in favour of a policy of “strategic clarity”—an unconditional commitment to go to war with China over Taiwan.

Biden’s declaration this week follows a string of similar comments beginning with a statement in late January shortly after taking office reaffirming his administration’s “rock solid” commitment to Taiwan.

An interim National Security Strategic Guidance released in early March declared the US would “support Taiwan, a leading democracy and a critical economic and security partner, in line with longstanding American commitments.” Describing Taiwan as a “security partner” is a clear breach of US undertakings given to Beijing that acknowledged Taiwan as part of China.

In August, shortly after it approved his administration’s first Taiwan arms sale, Biden, under fire over the US debacle in Afghanistan, declared that the US could keep all of its commitments. Speaking on ABC News, he declared: “We made a sacred commitment to Article 5 that if in fact anyone were to invade or take action against our NATO allies, we would respond. Same with Japan, same with South Korea, same with—Taiwan.”

The clear implication of these remarks, which the White House also sought to play down, was that Taiwan would be afforded the same military commitment to fight alongside it as formal military allies such as NATO, Japan and South Korea.

China reacted angrily to Biden’s latest remarks. Its UN ambassador, Zhang Jun, rebutted accusations of “Chinese aggression” towards Taiwan. “We are not the troublemaker,” he said. “On the contrary, some countries—the US in particular—is taking dangerous actions, leading the situation in Taiwan Strait into a dangerous direction. Dragging Taiwan into a war definitely is in nobody’s interest.”

Taiwan has rapidly moved to centre stage in the US confrontation with China, eclipsing dangerous flashpoints like the Korean Peninsula and the South China Sea. The Biden administration has flouted longstanding diplomatic protocols and established stronger ties with Taiwan, sent US warships through the narrow Taiwan Strait in provocative “freedom of navigation” operations and garnered support from allies such as Britain in its goading of China over Taiwan.

Biden’s latest comments take place amid a debate in strategic and military circles over ditching the policy of “strategic ambiguity.”

In an opinion piece in the Wall Street Journal on Wednesday, Trump’s former national security adviser and warmonger, John Bolton, went far further. He declared that not only did the Biden administration have to unambiguously back Taiwan in any war with China, but it should affirm Taiwan as “a sovereign, self-governing country” and establish formal diplomatic relations. He called for Taiwan to be included in Washington’s formal and informal regional military alliances including through an East Asia Quad—comprising Taiwan, Japan, South Korea and the US—to complement the existing Japan-India-Australia-US Quad.

Bolton is well aware that transforming Taiwan into a US military ally, formal or informal, against China would greatly accelerate the risks of war. Beijing regards Taiwan as a renegade province and has warned any moves towards formal independence would be answered by force. Biden’s actions, let alone Bolton’s policies, only encourage the pro-independence Democratic Progressive Party administration in Taipei to do just that, plunging the region into crisis.

The alarm in international ruling circles over a potential US-China war is palpable. The Financial Times (FT), for instance, published a worried editorial yesterday entitled “Avoiding the next nuclear arms race,” following another less than a fortnight ago, “The acute dangers of a conflict over Taiwan.”

The editorial pointed to the shock in US military circles over China’s testing of a sophisticated nuclear-capable hypersonic missile in July. Referring to the 1962 Cuban missile crisis that put the world on the brink of nuclear war, the FT issued a lame appeal to Washington to pull back from a nuclear arms race with Beijing and “sit down and talk about weapons able to destroy the planet.”

Far from pulling back, however, the Biden administration is recklessly accelerating the decade-long confrontation with China that began with the Obama administration of which Biden as vice president was part. Biden’s actions on Taiwan have the character of goading China into taking the first step in precipitating conflict.

Two interconnected factors lie behind the US war drive: the historic decline of American imperialism and the fear in US ruling circles that China could challenge its global hegemony; and the rapidly deepening economic, social and political crisis that is engulfing the US and propelling the working class into struggle. Biden is continuing the vicious anti-China propaganda of Trump and with the same political aim: to project the immense social tensions outwards against “a foreign enemy.” The logical outcome is war.

The re-emergence of the class struggle in the US—the centre of world imperialism—also points to the means to end the danger of a catastrophic nuclear war. Workers in the US, China, Taiwan and around the world face a common class enemy—the ruling classes and the capitalist system that puts lives ahead of profit not only when it comes to the COVID-19 pandemic but also war. The only means for ending the drive to war is a unified struggle of the international working class on a socialist program to abolish the profit system and its division of the world into rival nation states.