On September 16, Florida Governor Ron DeSantis awarded the Florida Medal of Freedom to CIA killer Felix Rodríguez, who led the capture and murder of Argentine-born guerrilla leader Che Guevara in Bolivia in October 1967, among other bloody exploits in the service of US imperialism. 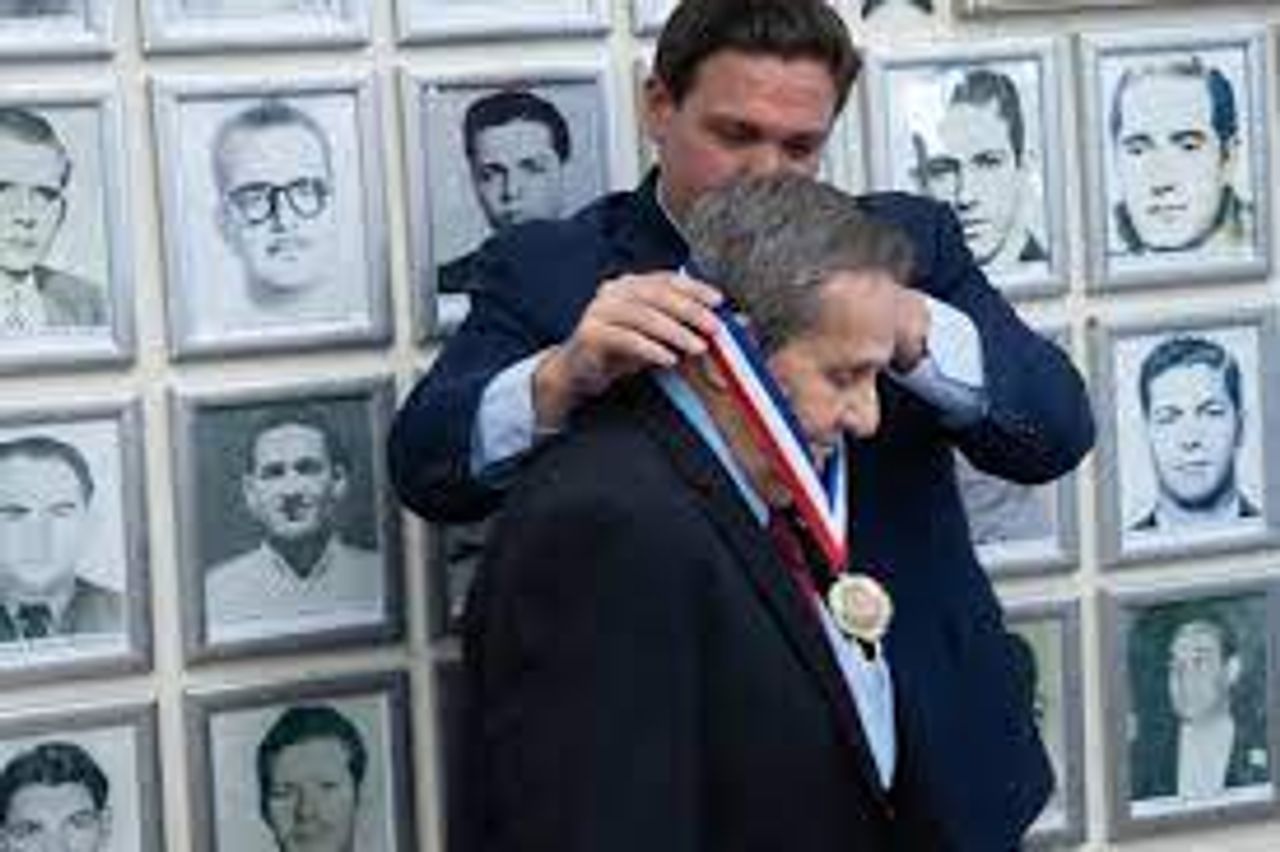 The September 17 ceremony was held at the Brigade 2506 Museum and Library—dedicated to the proxy army of Cuban exiles which the CIA armed and trained for the 1961 Bay of Pigs invasion, which ended in fiasco. A host of right-wing figures, led by DeSantis, engaged in hysterical denunciations of communism, appeals to national chauvinism, and a glorification of the CIA’s bloody crimes.

In his remarks, Rodríguez signaled that similar methods may be required within the US itself: “We know what it’s like to lose our country to communism, a lot of people don’t understand that … and I’m very concerned about what’s happening today in this country.” He continued, “People say it could not happen in America … it is beginning to happen here.” He went on to stress the importance of voting in the 2022 elections to prevent the US being transformed into the “United States of socialism.”

Rodríguez was born to an affluent landowning family in Cuba, which fled to Miami after the 1959 Revolution that overthrew the US-backed dictatorship of Fulgencio Batista (two of Rodríguez’ uncles had held official posts in the regime). A rabid anticommunist, Rodríguez began training with armed groups of right-wing Cuban exiles, which brought him into the orbit of the CIA. He was involved in an abortive plot to assassinate Fidel Castro before being smuggled into Cuba on a reconnaissance mission to gather intelligence and commit acts of sabotage in preparation for the Bay of Pigs invasion in 1961.

In 1967, he was dispatched to the Bolivian Altiplano, where Che Guevara was then leading a small band of guerrillas in a failed attempt to duplicate the results of the Cuban Revolution. The debacle proved a harbinger of the disastrous role that would be played by petty-bourgeois nationalist guerrillaism throughout Latin America and, in particular, by those who promoted the conception that armed groups of radicals operating in the countryside with the support of the peasantry could carry through the socialist revolution without the need for the conscious intervention of the working class and the building of a revolutionary party within it.

Rodríguez directed the operations of a Bolivian army unit that had been specially trained and armed by the US military for the purpose of liquidating the guerrillas.

The guerrillas, who failed to win support from Bolivian peasants and were completely isolated from the powerful struggles of the Bolivian miners and other workers, were ultimately encircled and wiped out. Guevara was captured and subsequently summarily executed. It was Rodríguez who relayed the order from Washington to kill Guevara; he took care that the soldier entrusted with the task did not shoot him above the neck, so that it would appear that he had been killed in combat. The guerrilla leader’s bullet-riddled corpse was then publicly displayed by the Bolivian military.

In the 1980s, Rodríguez served as an adviser to the Salvadoran military and its infamous. death squads as they carried out brutal massacres of civilians in the efforts to suppress the Farabundo Martí guerrilla movement.

He also played a key role in the Iran-Contra affair, serving as the chief CIA officer at the Ilopango air base in El Salvador that served as the supply hub in the illegal operation to fund and support the Contra mercenaries in a terror campaign aimed at toppling the Sandinista government in Nicaragua.

Rodríguez hired as his top deputy in this operation the Cuban exile terrorist and CIA agent Luis Posada Carriles, who was responsible for the 1976 bombing of a civilian Cuban airliner, killing 73 people, as well as the assassination of the former Chilean ambassador and leading opponent of the Pinochet dictatorship Orlando Letelier in the streets of Washington, D.C.

There were widespread charges, including from within the US Drug Enforcement Agency, that under the supervision of Rodríguez and Posada Carriles, the Ilopango air base was used by the Contras for drug smuggling flights to the US as part of the illegal CIA-protected funding operation.

Thus was the sordid career—dripping in blood and filth—of the state-sponsored killer and criminal described by DeSantis as “a brave and courageous freedom fighter.”

The official celebration of such a figure by a major representative of the US political establishment and a leading contender for the 2024 Republican presidential nomination has sinister implications.

The fascistic move was aimed in part at shoring up DeSantis’ support among the most rabidly right-wing elements among the Cuban exile community, who form one of his key constituencies. This provocation, however, cannot be separated from the broader social crisis in which the US is embroiled.

A key ally of ex-President Trump, and a leading proponent of the murderous “herd immunity” policy, DeSantis has banned mask mandates in schools and opposed vaccine requirements in workplaces, while giving official sanction to peddlers of anti-vaccine disinformation and conspiracy theories. These policies have led to an explosion of cases, while the state’s death toll has ballooned to over 56,000.

The Biden administration, with its spearheading of the full reopening of the schools, has embraced “herd immunity” in all but name, leading to scores of outbreaks among students and the deaths of dozens of children. Overall, some 713,000 have died of COVID-19 in the US.

Workers have been forced to toil under unsafe conditions and have seen their living standards decline, while the wealth of the super-rich has skyrocketed. This state of affairs is provoking enormous anger and a growing strike movement within the working class. The United States of 2021 is a social powder keg.

The ruling class is aware of this growing opposition and is terrified of its implications. The January 6 insurrection in Washington D.C. raised the specter of a fascist dictatorship in the United States. The most ruthless and openly reactionary sections of the ruling class are preparing to use force and terror to crush domestic opposition. When Trump, DeSantis and other fascistic figures engage in hysterical tirades against socialism and Marxism, they are reflecting the very real fears of the ruling class. In this context, the honoring of a vicious CIA butcher like Rodríguez must be taken as a threat, and a warning to the working class.