Showing posts from March, 2012
Show All

ARE THE LTTE TERRORISTS FREE AT LAST IN GENEVA? 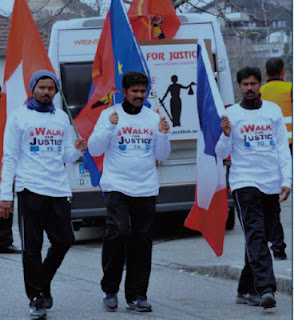 S.M.M.Bazeer “Fighting terrorism is like being a goalkeeper. You can make a hundred brilliant saves but the only shot that people remember is the one that gets past you.” PAUL WILKINSON, London Daily Telegraph, Sep. 1, 1992 It is ironic that the rumps of the LTTE, a designated Foreign Terrorist Organization by the European Union and the USA, have staged a protest against Sri Lanka on 5th March 2012 at the precincts of the UN Office in Geneva.  The tiger protesters called for an international intervention by passing the USA initiated resolution against Sri Lanka and handed in a memorandum to Ms Navaneetham Pillai , The United Nations High Commissioner for Human Rights. The  LTTE ‘s Geneva Protest was ignited by a  long walk by  three Tamil youths and  sent out a message to the  LTTE and it's supporters  that it was the gathering of the LTTE .  The three Tamil youths who ventured a long walk from Belgium to Geneva praised their leader,  Pirabkaran  all along thei
Post a Comment
Read more

US soldier shoots Afghan civilians A US soldier has shot Afghan civilians, it has been confirmed A US soldier walked out of a base in southern Afghanistan before dawn and started shooting Afghan civilians, according to villagers and Afghan and Nato officials. Villagers showed an Associated Press photographer 15 bodies, including women and children, and alleged they were killed by the American. The shooting looks certain to deepen strains between US forces and their Afghan hosts after weeks of violence triggered by Americans burning Muslim holy books at a US base. Nato officials apologised for the shootings. "I wish to convey my profound regrets and dismay at the actions apparently taken by one coalition member in Kandahar province," said a statement from Lieutenant General Adrian Bradshaw, the deputy commander of Nato forces in Afghanistan. "One of our soldiers is reported to have killed and injured a number of civilians in villages a
Post a Comment
Read more 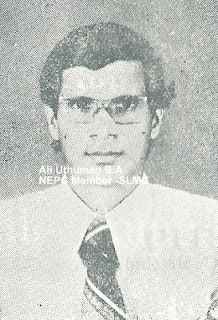