The horrific persecution of Julian Assange continues - By Thomas Scripps 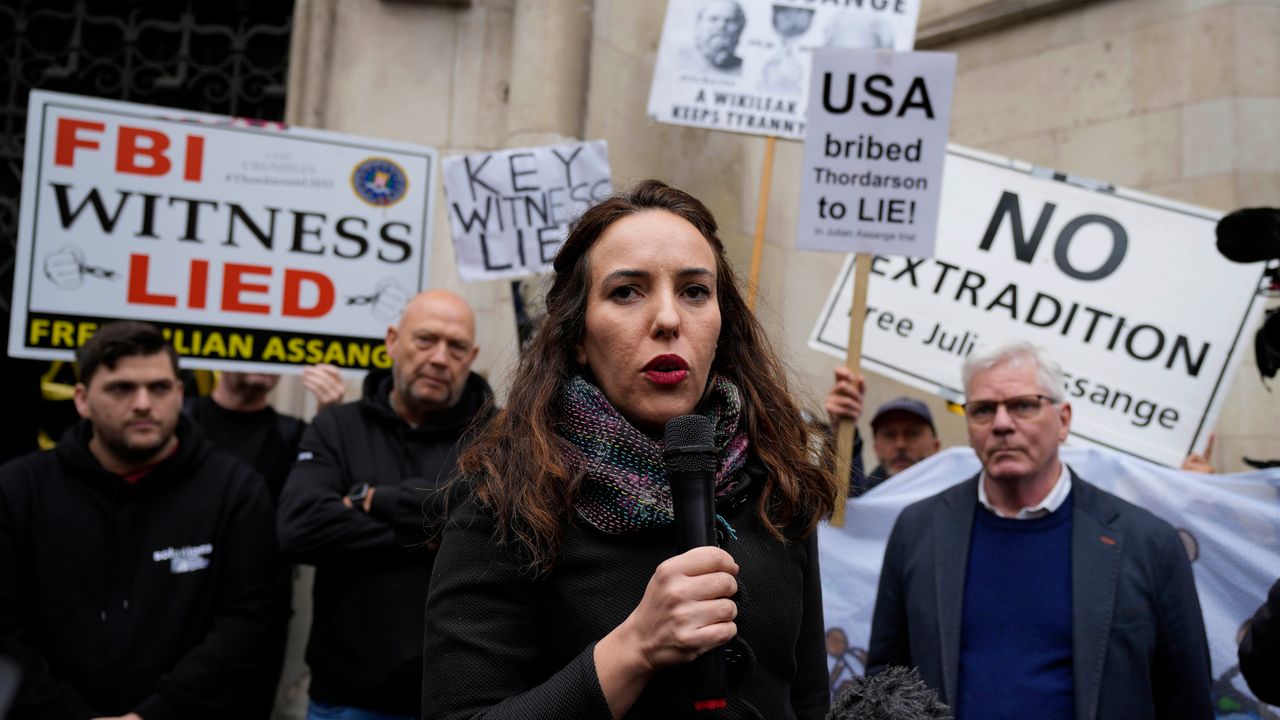 The attempted US extradition of WikiLeaks founder Julian Assange resumed yesterday with the opening of a hearing into a US government appeal. It is a legal abomination in pursuit of a heinous crime.

Assange is being targeted for his and WikiLeaks’s exposure of war crimes, torture and other human rights abuses, mass surveillance, coup plots, and state corruption. The architects of these crimes, the US and other imperialist governments, are determined to extract a blood price, either through Assange’s life imprisonment and the destruction of his physical and mental health, or his murder.

Just a month ago, Yahoo! News reported, based on conversations with more than 30 sources, that plans for Assange’s kidnap or killing were discussed at the “highest levels” of the CIA. In the words of one former official, “There seemed to be no boundaries.” Former CIA director and Secretary of State Mike Pompeo, who led the discussions, has not denied the report and admitted “pieces of it are true,” declaring he “makes no apologies.”

Yet it was Assange who sat in the dock yesterday, threatened with extradition and prosecution by the state whose crimes he revealed, and which has been exposed as plotting his assassination.

He was “in the dock” only metaphorically. WikiLeaks editor-in-chief Kristinn Hrafnsson told supporters outside the court that Assange had been blocked from attending his own hearing and would be forced to attend via videolink from prison. He asked: “How can he interact with his lawyers from Belmarsh Prison? How can this be justice in any form?”

As the hearing began, Assange’s lawyer Edward Fitzgerald QC told the court that his client was feeling too unwell to attend even by videolink.

Assange did appear on camera some hours later, visibly unwell—thin, downcast and struggling to stay awake or to sit up in his chair. He arrived in time to listen to the lawyer for the US government, James Lewis QC, pontificate at length on his suicide and whether the risk was really all that high. Assange left the videolink room for some time, sitting out of shot when he returned.

Speaking outside the court, Assange’s partner, Stella Moris, explained pointedly that the court proceedings would decide “whether a journalist will be extradited to the country that conspired to assassinate him.”

By rights, such events should be the subject of mass demonstrations all over the world demanding the WikiLeaks founder’s immediate, unconditional release. That they are not taking place is the result of a decade-long campaign of isolation and denigration of the heroic journalist, who has done more than any other in the 21st century to expose imperialist crimes against the world’s people.

Assange was the first and most significant victim of the gender-based politics of political witch-hunting, in which accusations of sexual crimes are elevated to the status of unchallengeable fact and used to destroy due process and the presumption of innocence. Issues of class and political principle are drowned in a tide of denunciations by those claiming to speak on behalf of the rights of women but advance the interests of imperialism and the affluent middle class.

In August 2010, with successive WikiLeaks revelations shaking world imperialism, an investigation—a transparent fraud and now totally discredited and subjected to a devastating dissection by UN Special Rapporteur on Torture Nils Melzer—was begun by Sweden into Assange’s alleged sexual assault of two women. This action gave grounds for his seizure by the British police and was used to keep him arbitrarily detained in the Ecuadorian embassy in London for close to seven years.

Its overall aim was to provide the basis for a vicious campaign of slander against Assange and intimidation against all those who defended him. The Swedish pseudo-investigation provided the media outlets which had profited handsomely from their initial collaboration with WikiLeaks with an excuse to savagely turn on him.

Britain’s Guardian obsessively published anti-Assange libel and invective, with columnist Marina Hyde labelling him “just another guy failing to face up to a rape allegation” and “the biggest arsehole in Knightsbridge.” The paper’s Luke Harding accused Assange and WikiLeaks of being Russian agents. Suzanne Moore described Assange in the New Statesman as a “demented looking gnome” and a “deluded, creepy man.”

In the US, Katha Pollitt wrote in the Nation on Assange, “When it comes to rape, the left still doesn't get it.”

This politically reprehensible campaign was supported by an international roll call of the pseudo-left, specialists in the deployment of gender and other identity politics in defence of imperialism. In Britain, Tom Walker of the Socialist Workers Party (SWP) wrote, “Julian Assange must face rape charges.” Counterfire’s Lindsey German accused his defenders of “denying the rights of rape victims.”

The trade unions did nothing to mobilise their members in his defence or even to inform them of his plight.

Nothing changed when Assange was dragged from the Ecuadorian embassy by British police in April 2019. Within 48 hours the Guardian printed, “Give priority to Assange rape victim,” running a prominent news story headlined “Failure to extradite Assange to Sweden would endorse ‘rape culture’, say women’s groups.”

The SWP agreed, declaring, “Assange should face trial in Sweden,” as did the Socialist Party, which insisted, “The rape allegation should be investigated.”

Jeremy Corbyn, who had kept silent on Assange for his whole tenure as Labour leader up to that point, felt forced to raise a token opposition. But he retreated immediately when Blairite Labour MPs Stella Creasey and Jess Phillips led a 100 MP cross-party letter demanding “action that will ensure that Julian Assange can be extradited to Sweden.” Corbyn did not mention Assange once during the 2019 general election.

To the extent that some of these individuals and organisations now declare formal opposition to the US extradition, they do so knowing that their job is done. Assange has been cut off from the force which made his journalistic work so terrifying to the ruling class: the mass hostility to imperialism which exists in the international working class and which WikiLeaks exposures spoke to, strengthened and ignited.

Only this political context explains how the US government and British courts have been allowed to subject Assange to such relentless abuse. Moris said ahead of yesterday’s hearing: “I'm very concerned for Julian's health. I saw him on Saturday. He was very thin. I hope that the courts will end this nightmare.” In fact, they perpetuated it.

Lewis told the High Court that they could not possibly suspect the US of acting “in bad faith” in offering assurances about Assange’s fair treatment after extradition, saying, “There is a fundamental assumption that the requesting state is acting in good faith.”

This was said of a country whose CIA intelligence agency, “Murder Incorporated,” was tasked with planning Assange’s assassination and which has driven him near to death with its extradition pursuit. Lewis added that there was not “a single instance where the UK,” America’s jailor in this systematic campaign of torture and abuse, “communicated a concern about US assurances going unfulfilled.”

Attempting to undermine the evidence of the defence’s expert psychiatric witness, who omitted from one report the fact that Stella Moris was Assange’s partner, Lewis rubbished the suggestion that he had a good reason for doing so out of fear for her safety.

The US government benefitted throughout from the lower court judge’s original rotten ruling in January, blocking extradition solely on the grounds of Assange’s mental health and risk of suicide, while accepting every other argument put forward by the prosecution. Lewis therefore did not need to address the use of the Espionage Act to pursue a journalist who exposed state crimes, the repeated abuse of his due process and use of fabricated evidence against him, or the mortal threat posed to him and his family. These outrages have already been accepted.

The longer proceedings drag on the more Kafkaesque they become, as the real reasons for Assange’s persecution disappear behind discussions of his health and the legal minutiae of extradition law. It is the responsibility of all opponents of capitalist violence and oppression to come to Assange’s aid by joining the fight to organise the international working class in his defence.