Colombo, November 18 (newsin.asia): In the confused political situation in Sri Lanka, where both major groups are struggling to retain or capture power, the Tamil National Alliance (TNA) is being wooed by both.

While the group led by Prime Minister Mahinda Rajapaksa wants to remain in power, no matter what the odds, the group led by the ousted Prime Minister  Ranil Wickremesinghe is desperate to regain power which it lost to the Rajapaksa group due to the machinations of President Maithripala Sirisena on October 26.
It is acknowledged that Prime Minister Rajapaksa does not enjoy majority support in parliament. 122 out of the 225 MPs had signed the No Confidence Motion (NCM) against him. And that, not once, but twice.

Colombo, November 18 (newsin.asia): At a meeting held here on Sunday chaired by Sri Lankan President Maithripala Sirisena, it was decided to let leaders of political parties represented in parliament to decide how a No confidence Motion (NCM) against Prime Minister Mahinda Rajapaksa should be proceeded with, according to Shiral Lakthilaka a top official in the President’s Office.
The President told the leaders assembled, who included Prime Minister Mahinda Rajapaksa and ousted Prime Minister Ranil Wickremesinghe, that parliament will have to adopt a “tangible”,verifiable and legally acceptable away of conducting the proceedings.
According to the President’s Media Division, the President requested that the voting on the NCM should be held by calling out the names of the members and by a show of hands. Alternatively, the electronic voting system should be used.

Colombo, November 17 (newsin.asia): The Sri Lankan Prime Minister’s Office on Friday released the official procedure for presenting and proceeding with No Confidence Motions in parliament.
Government spokesmen have repeatedly pointed out that the Mahinda Rajapaksa administration cannot accept the two No Confidence Motions passed this week because they were adopted in violation of established parliamentary rules.
On both occasions, Speaker Karu Jayasuriya had entertained and conducted the voting on the No confidence Motion moved on behalf of the opposition by the Janatha Vimukthi Peramuna (JVP) in violation of the rules.
Read more »
- November 17, 2018 No comments:

Colombo, Nov 13 (newsin.asia) – Sri Lanka’s new Foreign Minister, Sarath Amunugama has said the newly appointed government will abide by the ruling given by the Supreme Court on the early dissolution of Parliament by President Maithripala Sirisena, local media reported Tuesday.
Speaking to journalists in capital Colombo, Amunugama said that ousted Prime Minister, Ranil Wickremesinghe, had the right to seek advice of the Supreme Court over the early dissolution but criticized him for creating political instability in the island country.

“We will wait and see. The Government has no problem with this. When there is a contention between the Executive and legislative, then the judiciary must give respite. This is the proper way,” the Minister said.
Read more »
- November 17, 2018 No comments:

Colombo, November 14: Sri Lankan President Maithripala Sirisena on Wednesday refused to accept a letter sent by parliament Speaker Karu Jayasuriya explaining  the happenings in the House earlier in the day, according to a ruling party member Dayasiri Jayasekara. Instead, he issued a statement saying that the Speaker had flouted parliamentary procedures in getting the No Trust Motion passed.
The President said that the Speaker had failed to adhere to Standing Orders and other Parliamentary procedures when it came to the No Confidence Motion against Prime Minister Mahinda Rajapaksa and his government.

What Lankan Prez meant when he asked opposition to follow procedure vis-à-vis No Confidence Motion By editor newsin.asis

Colombo, November 16 (newsin.asia): Keheliya Rambukwella, spokesman of the Sri Lankan government led by President Maithripala Sirisena and Prime Minister Mahinda Rajapaksa, on Friday clarified what the President meant when he asked opposition leaders to follow the set procedure and Standing Orders in regard to a No Confidence Motion (NCM) against the government.

Rambukwella said that the motion cannot be passed in one-day as there is a set procedure to follow which will take a few days. There are parliamentary Standing Orders in this regard.
Firstly, the motion has to be submitted to the Secretary General of parliament for scrutiny as to whether it is written as per parliamentary norms and the country’s constitution. It is then sent to the Speaker who in turn circulates it to among MPs to inform them as to its contents. The next step is to call a meeting of parties to fix a date for a debate and a vote after a five-day notice. And the vote cannot be a voice vote. It has to be by a show of hands upon names of MPs being called out.
Read more »
- November 16, 2018 No comments: 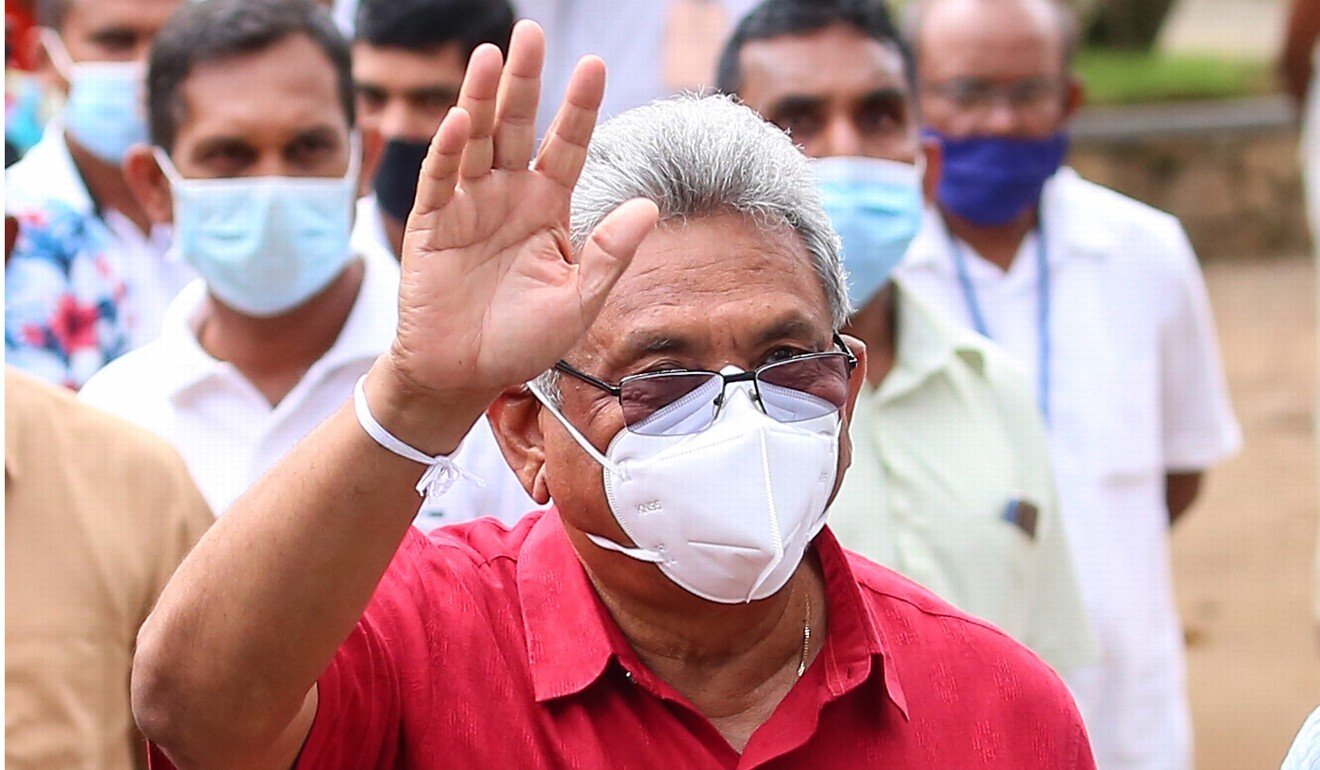