The great Billie Holiday, in “God Bless the Child,” sings, “Rich relations give/Crust of bread and such/You can help yourself/But don’t take too much,” lyrics which pretty much sum up current Supreme Court doctrine on qualified immunity and its devastating impact on federal civil rights lawsuits against law enforcement and detention facility abuses.

In 1871, the Reconstruction Congress enacted, and President Ulysses S. Grant signed into law, Title 42 of the United States Code, Section 1983, known as the Ku Klux Klan Act, to enforce the due-process and equal-protection guarantees embodied in the recently ratified Fourteenth Amendment, which for the first time extended federally guaranteed rights to all people within the jurisdiction of a state. 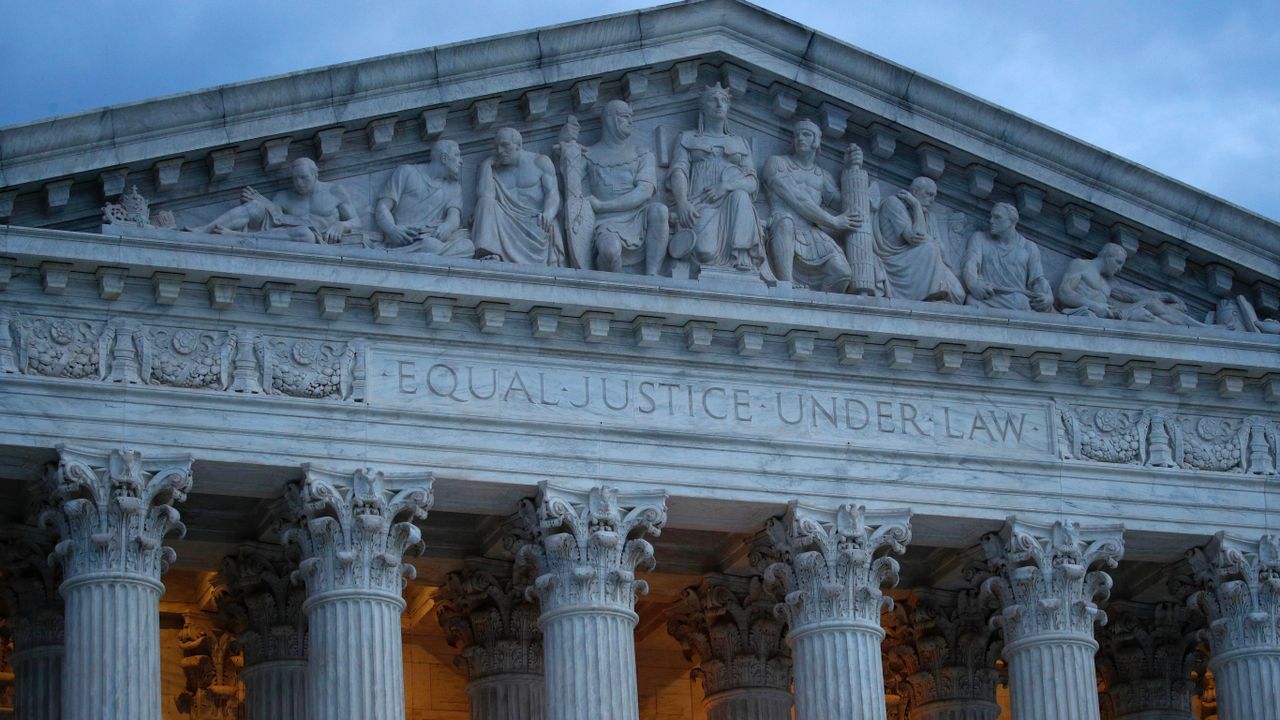 On Monday, October 18, the Supreme Court issued unsigned unanimous orders summarily dismissing two Section 1983 police brutality suits that had been deemed worthy of trial in the Court of Appeals. These rulings demonstrate that all of the justices on the current Supreme Court support the judge-made doctrine of “qualified immunity” that shields local law enforcement officers from facing trials on all but the most egregious excessive force and other misconduct claims.

Section 1983 of the Federal Civil Rights Act, in two unambiguous sentences, provides that any person acting pursuant to local governmental authority who deprives another person of a constitutional right can be sued in federal court for money damages.

Police officers who use excessive force violate the Fourth Amendment’s prohibition against unreasonable seizures, thus triggering Section 1983 liability. The Seventh Amendment, a provision of the 1791 Bill of Rights, guarantees the “the right of trial by jury shall be preserved” for civil lawsuits in federal court.

In short, reading Section 1983 and the Seventh Amendment together dictates that any person who alleges a constitutional injury such as excessive force caused by a public officer is entitled by the Bill of Rights to present that case to a jury made up of members from the community.

However, in a series of decisions over the last sixty years the Supreme Court has manufactured a doctrine labeled “qualified immunity,” fashioning a Catch-22 that allows reactionary pro-government judges from the trial court level to the Supreme Court itself to arbitrarily toss cases before they can be presented to a jury.

There is nothing in the text of Section 1983 or the Bill of Rights that supports qualified immunity. To the contrary, blocking access to juries violates the Seventh Amendment.

Qualified immunity requires civil rights plaintiffs in Section 1983 cases against public officials to establish during the pretrial phase of the litigation, when the facts are disputed and the credibility of witnesses untested, that the exact contours of the constitutional right at stake have been so precisely defined by pre-existing law that the officers being sued would have known under the specific facts presented that their conduct was unconstitutional.

In the first of the two cases decided Monday, Rivas-Villegas v. Cortesluna, police officers called to a domestic disturbance ordered the boyfriend outside. He complied with hands raised in surrender. What happened next was captured by a surveillance camera .

An officer shot the man twice in the gut with a “less-lethal” shotgun round, a cloth sock packed with lead pellets euphemistically referred to as a “beanbag,” accomplishing nothing other than inflicting pain. The man then got down on the concrete as ordered. Two other officers stepped and then kneeled on him, handcuffed him behind his back, lifted him by the handcuffs, hurting his shoulders, and then dragged him several feet. No resistance is visible on the video recording.

In the second case, City of Tahlequah v. Bond, a woman called police to remove her ex-husband, who was rummaging through tools in the garage of the home they once shared. Officers backed him into a corner. He said, “I have done nothing wrong here, man. I’m in my house. I’m doing nothing wrong.” When he picked up a hammer and raised it over his head with one hand while holding the other hand out, signaling to keep away, the officers stepped back and shot him dead.

Reversing lower court rulings that would have allowed a jury to determine whether or not the force in each case was excessive, the Supreme Court repeated its mantra that “qualified immunity shields officers from civil liability so long as their conduct does not violate clearly established statutory or constitutional rights of which a reasonable person would have known,” and protects “all but the plainly incompetent or those who knowingly violate the law.”

Of course, officers are trained that the Fourth Amendment prohibits excessive force, so one might think that such conduct would violate a “clearly established” right. Not so.

Following a rule first stated by the crude and reactionary Antonin Scalia, the Supreme Court reiterated, “We have repeatedly told courts not to define clearly established law at too high a level of generality,” that the “rule’s contours must be so well defined that it is clear to a reasonable officer that his conduct was unlawful in the situation he confronted,” adding that “specificity is especially important in the Fourth Amendment context, where it is sometimes difficult for an officer to determine how the relevant legal doctrine, here excessive force, will apply to the factual situation the officer confronts.”

Outside of an occasional “obvious case,” to overcome qualified immunity every Section 1983 plaintiff “must identify a case that put” the police officer “on notice that his specific conduct was unlawful.” The term “case” here means a published decision of the Supreme Court or of the Circuit Court of Appeals for the area in which the lawsuit has been filed.

No other area of law imposes such esoteric burdens on injured parties seeking relief. Human experience unfolds in myriad forms. As a result, courts must use broad standards to define unlawful conduct that are applied by juries to the specific facts of individual cases.

The Supreme Court knows the consequences of its qualified-immunity jurisprudence: gutting Section 1983 as a tool to expose police and detention facility misconduct. There are a limited number of reported “cases” in the various courts of appeals and very few in the Supreme Court with specific facts that would provide “notice” to police officers, who do not closely follow those legal developments regardless.

Even where a Section 1983 plaintiff identifies prior cases, they invariably arose under circumstances that can be “distinguished” by judges when needed to justify a dismissal. Like snowflakes, there are patterns, but no two police shootings or jail beatings are exactly alike.

More insidious, by limiting police-misconduct victims to claims that have previously been ruled unconstitutional, qualified immunity blocks novel claims that might expand constitutional protections while at the same time institutionalizing police conduct that may be unconstitutional but does not, at least in the view of whatever judge happens to be ruling, violate the specific rule of some prior court decision.

New technologies for inflicting pain and injuries cannot be challenged because no case law exists declaring their unconstitutionality.

There is a direct link behind the perpetuation and expansion of qualified immunity in the Supreme Court and the persistence of brazen police misconduct that has been documented time and again on video recordings.

Many commentators noted that none of the three so-called liberal Supreme Court justices, Stephen Breyer, Elena Kagan and Sonia Sotomayor, dissented from the two recent rulings. That, along with the inability of Congress, despite the Democrats control of both chambers, to repeal qualified immunity in the wake of last year’s George Floyd protests, demonstrates there is no longer any constituency within what remains of bourgeois democracy to rein in the “special bodies of armed men” whose role is to defend the existing form of exploitation, as Engels and Lenin described police and jailors.