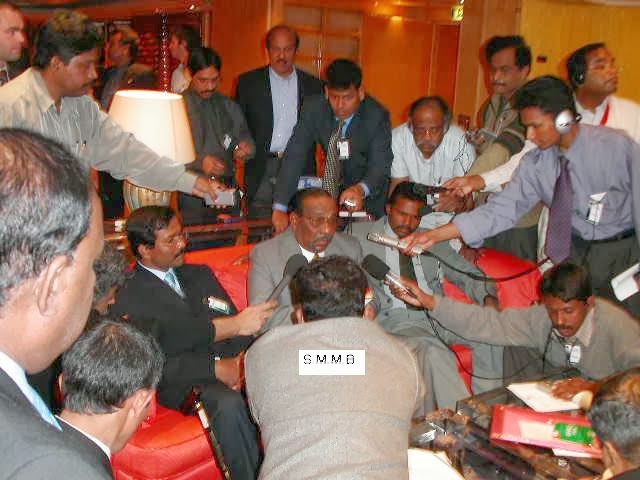 This is the final instalment of my previous article entitled “Channel 4’s Circus Tour ". (http://www.bazeerlanka.com/2013/11/channel-fours-circus-tour-1.html) Since writing the first part of this article in July 2011, I have avidly followed Channel 4 circus troupe till it finally landed in Sri Lanka on the pretext of saving the Tamils of the North and the East from the clutches of Sri Lanka's President.
With the diplomatic credential awarded to the British Prime minister, Channel 4’s anchor-man; Jon Snow snuck into Jaffna, with David Cameron, overlooking the purpose and role of his visit as a guest at the Commonwealth Heads of Government Meeting 2013.
Upon arrival in the North, Cameron was endowed with godly reverence, not dissimilar to that of Pirabakaran or Lord Muruga (Hindu God of war and victory), in the hope that he would bring the Tamils a solution to their problems by his “divine intervention” .It seems that the Tamils, have found a replacement, to fill the god-shaped void of Pirabakaran, in the form of his Western masters who once fostered terrorists as liberators.