25 years ago: Fighting erupts in Zaire 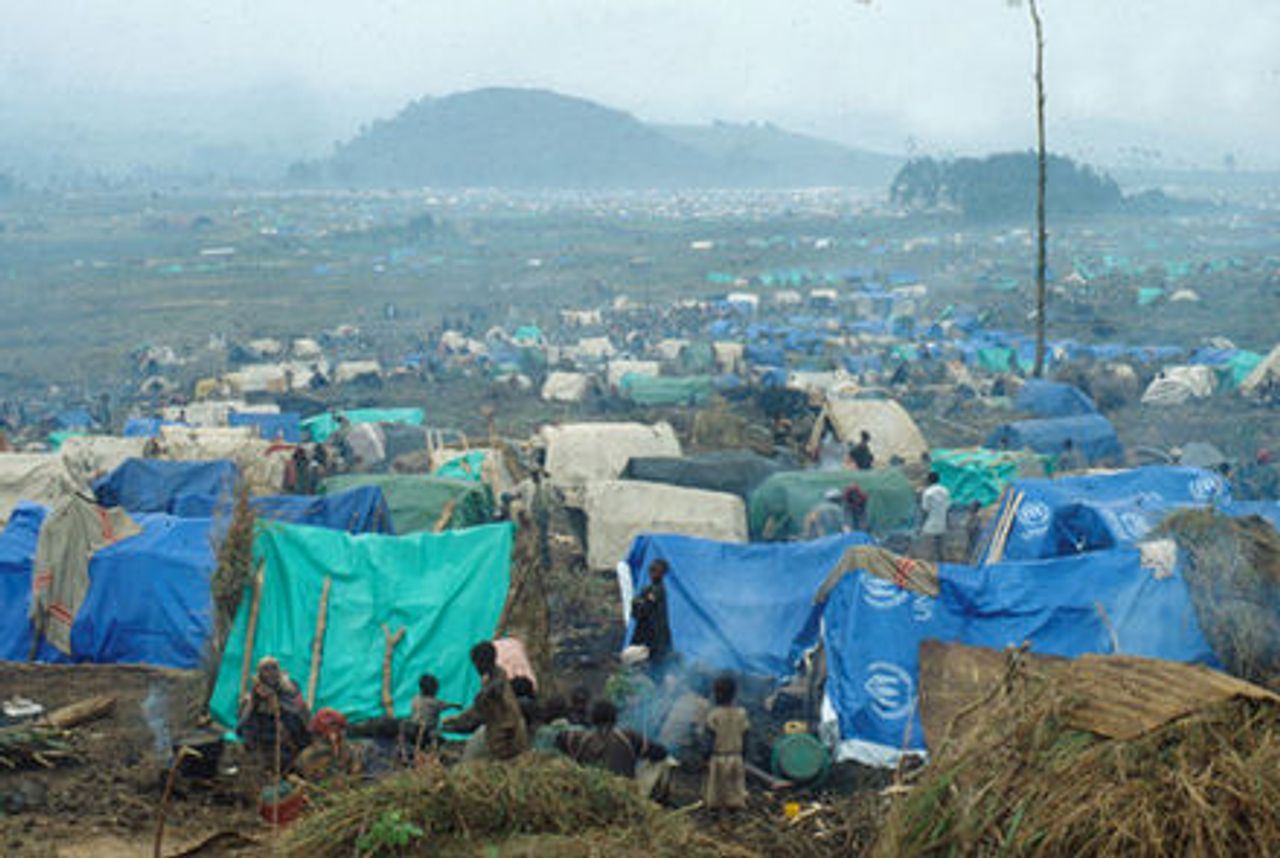 On October 30, 1996, fighting erupted in Zaire after Tutsi rebels and Rwandan army commandos routed Zairian troops near the border in a battle to take the city of Bukavu.

Zairian troops were fighting Tutsis, known as Banyamulenge, who defied government orders to leave the country. Thousands of people—refugees from the slaughter in Rwanda barely two years earlier—fled camps at the border in an attempt to escape violence and death.

US capitalism bore direct responsibility for the catastrophe in Zaire. Zaire’s dictator Mobutu Sese Seko was installed through a CIA-backed coup in 1965, four years after Washington organized the assassination of left-wing nationalist leader Patrice Lumumba. For the following three decades, the Mobutu dictatorship functioned as the principal US client regime and an instrument of the Cold War in Africa.

Zaire served as a base of operations for counterrevolutionary interventions and proxy wars that claimed hundreds of thousands of lives in Angola, Mozambique and elsewhere. The US poured in hundreds of millions of dollars in military and economic aid, much of which went straight into Mobutu’s personal bank accounts.

With the end of the Cold War, US imperialism viewed Mobutu as more of a liability than an asset. Washington suddenly “discovered” that its longtime client was a tyrant and a crook, and used this as a pretext for cutting off aid to Zaire.

Despite rich reserves of diamonds, copper, and cobalt, the country was one of the poorest nations on the planet with an annual per capita income of just $117. The rivalry between major imperialist powers over who would dominate Africa revived after the Cold War. Rwanda accused France of rearming Hutu militias in exile and seeking a military intervention to defend the Mobutu regime in Zaire. Mobutu charged the US with backing Rwanda and arming Tutsi rebels in Zaire.

50 years ago: People’s Republic of China admitted into the United Nations

On October 25, 1971, the United Nations General Assembly approved the People’s Republic of China membership in the organization. Resolution 2758 approving China’s membership was passed with the needed two-thirds majority vote, with 76 nations voting in favor, 35 opposed and 17 abstentions. Among the opposing votes were the United States, Japan, Australia, South Africa and Saudi Arabia.

The admission of the People’s Republic of China, the Stalinist government headed by Mao Zedong, into the United Nations was significant for several reasons, but perhaps most important because for China to be admitted Taiwan needed to be expelled, making it the only country to every be voted out of the UN.

Previously, Taiwan had been recognized as the representative of all of China after the Nationalist forces led by Chiang Kai-shek fled to the island in 1949 in the wake of their defeat in the Chinese Revolution. The acceptance of China, and the removal of Taiwan, was a significant admission by the UN of the plain fact that the Chinese Communist Party was indeed the ruling power on the Chinese mainland.

After the vote, Taiwan’s Foreign Minister Chow Shu-kai and his delegation stormed out of the UN, declaring, “Once [the PRC] has been seated both in the General Assembly and in the Security Council it will surely transform the United Nations into a Maoist front and a battlefield for international subversion.”

Contrary to Chow’s claim, China’s entry into the UN was a significant milestone toward the country’s integration into the international capitalist state system. Already the Nixon administration had quietly opened discussions for a normalization of relations that would enlist China as a counterweight against the Soviet Union and eventually open the world’s most populous country for labor exploitation.

While the Maoist leadership in China had long denounced the UN as the “running dog of imperialism” it welcomed the vote with open arms and eagerly took its seat in what Lenin had previously described—referring to its predecessor, the League of Nation—as a “thieves’ kitchen.” Zhou Enlai, China’s premier, called the vote a “victory of the people of the whole world.”

On October 25, 1946, a group of 20 German physicians, two former state administrators and an attorney were indicted for crimes against humanity and other violations of international law for their participation in the horrific quasi-medical experiments of the Nazis. The charges were filed by an international tribunal involving the Allied powers, led by the US, after trials of the political and military leaders of the Third Reich concluded the month before.

Evidence for the charges documented a series of sadistic “experiments” and “procedures,” many of which were conducted in close collaboration with the Nazi SS, police departments and military units.

Among them were experiments on Jewish prisoners at the Dachau concentration camp, overseen by the German air force. These involved placing people in pressure chambers to “investigate” the impacts of high-altitude flying. Other experiments involved subjecting prisoners of the camps to freezing temperatures, deliberately infecting them with a host of diseases, including malaria, tuberculosis, jaundice and typhus, to examine the effects and potential treatments for each condition. In other cases, physicians were charged with overseeing the deliberate infliction of incendiary burns on inmates at the Buchenwald camp.

The connection between the infamous actions of the doctors and the homicidal program of the fascist regime was epitomized by a sterilization program, explicitly aimed at preparing the grounds for the eventual extermination of “non-Aryan” populations, and a campaign of murder, disguised as “euthanasia,” targeting the old, the sick and the disabled among those rounded up by the Nazis.

On October 28, 1921, Georgy Chicherin, the Soviet republic’s People’s Commissar for Foreign Affairs, sent a diplomatic note to the American, British, French, Italian and Japanese governments saying that it would honor debts made before the beginning of World War I in 1914 incurred by the Tsarist government that the October 1917 revolution had overthrown. In return, the Soviet Republic sought peace agreements with the imperialist powers.

The note was a response to the news that the imperialist powers would only agree to provide aid to Russia, which was undergoing a famine, under those conditions. The pre-war debts by the Tsarist regime amounted to over $136 billion in 2021 dollars.

Chicherin said in the note, “The Russian government, in the face of the starving masses, does not wish to consider the intricacies of diplomatic etiquette and considers that it is its straight duty to proclaim its attitude toward the Brussels conference,” that is, to the conditions under which the imperialist powers would provide aid.

Earlier in 1921 the Soviet government had put into motion the New Economic Policy, which gave some leeway to capitalist production and trade in the country. The Red Army and Soviet state had defeated the counterrevolutionary armies and the bitter and destructive Civil War was at an end, and the foreign armies sent by the imperialist powers had been withdrawn, except for Japanese troops in Siberia, who would leave in the next year.

But industry was in a state of collapse and starvation ranged over the whole country. The Bolsheviks had put down several peasant revolts and now sought to rebuild the economy while they held out for the development of revolutionary socialist regimes in Europe and Asia. In this context of extreme economic dislocation, the proposal by Chicherin was a tactical retreat by the first workers state to end the famine and the threat of renewed invasion by the imperialist powers.