On Monday, the Washington Post published an editorial reviving the discredited claim that COVID-19 is a biologically engineered virus created in China by the world’s leading coronavirus researchers, Shi Zhengli and Dr. Peter Daszak, with funding by the National Institutes of Health under Dr. Anthony Fauci.

According to this libel, the genetically engineered virus was accidentally released from the Wuhan Institute of Virology, and the event was covered up through a conspiracy of the Chinese government and all reputable scientific authorities, who allegedly colluded to dismiss the lab leak “theory.” 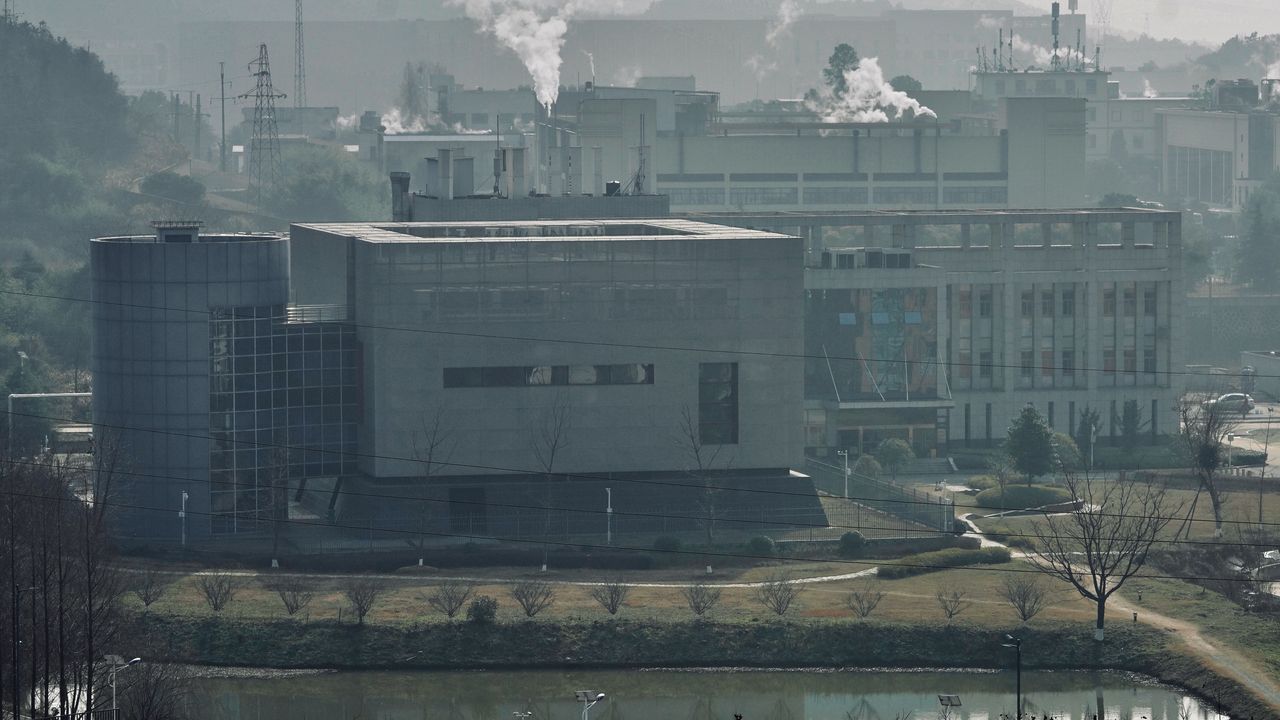 A view of the P4 lab inside the Wuhan Institute of Virology is seen after a visit by the World Health Organization team in Wuhan in China’s Hubei province on Wednesday, Feb. 3, 2021. (AP Photo/Ng Han Guan)

There is not a word in this editorial (“To prevent the next pandemic, we must find the source of covid-19. China’s stonewalling is unacceptable”) that has not been repeatedly disproven by scientists, international bodies and even the US government itself.

The Wuhan lab lie is motivated not by science but geopolitics. As the United States, Australia and the UK move to provoke a military showdown with China over Taiwan, the purpose of this torrent of lies is to demonize China and the Chinese people and to scapegoat them for a disease that has killed over one million Americans, according to IHME projections.

One cannot shake the suspicion that the Post’s defamatory rant was given the imprimatur of the editorial board to save its authors the shame of having it published under their names.

The Post ignores every single piece of information that disproves its narrative, while taking massive leaps of faith—in which the claim that something may have happened is presented as evidence that it did happen—to back up the lab-leak canard.

To this end, the Post proclaims that scientists looking for the natural origins of the pandemic have come up “empty-handed.” This is refuted by recent breakthroughs, including the discovery of bat coronaviruses with binding domains that are closer to the wild type of COVID-19 than the Delta variant is.

In February, the World Health Organization (WHO) inquiry into the origins of COVID-19 declared the lab leak narrative “highly unlikely” and stated it was not worth further research. After the Biden White House ordered the US intelligence agencies to review the “theory,” four out of five agencies concluded that COVID-19 was “not genetically engineered.”

The Post simply ignores these conclusions, declaring that the reports “raised more questions than they answered.”

The shameless, defamatory libels go on and on. The Post cites, and links to, the discredited April 14, 2020, column by Josh Rogin that misinterpreted a State Department cable, which, upon its release led the Post itself to declare, “The full cable does not strengthen the claim that an accident at the lab caused the virus to escape.”

The Post only hints at its real motives in the final paragraph. The editorial concludes, “No investigation will succeed as long as China’s doors remain shut.”

The key to decoding these cryptic statements is supplied in an editorial published by the Post less than 24 hours later, entitled “How the US government can deter China’s threat in Taiwan.”

The editorial is the most open call for a military conflict with China to date by any newspaper that nominally opposes Donald Trump. It calls for a massive build-up of the US military, on top of the hundreds of billions of dollars added to the defence budget under Trump, declaring that the US must back up its threats against China over Taiwan “in terms of military deterrence.”

The Post praises the fact that “the United States has sold $750 million worth of artillery to Taiwan and continued a deployment of Marine trainers to the island begun under President Donald Trump.”

The moves praised by the Post have brought East Asia to the brink of war, pushing for the Taiwanese government to move toward formal independence from China and provoke Beijing into military conflict. The aggressive destabilization of the Asia Pacific region is entirely the work of Washington, and the Post is egging this on. It continues, “The United States itself needs to invest more heavily in the hard-power assets—especially naval forces—required to back up its commitments in East Asia.”

The editorial condemns the military budget requested by the Biden administration—the largest in history—as totally inadequate, declaring that “new ships ... might impress China more than even the sternest words.”

In other words, the Post, which falsely claims that China is responsible for a deadly pandemic that has killed one million Americans, is also openly advocating that the United States prepare to fight a war with China.

The aim of the Post is to corrupt public opinion, to make the people hate, through the promotion of a lie that can be used to justify a war.

The military and political campaign against China is motivated by two factors. There is, first of all, the geopolitical imperatives of American imperialism, along with its allies in the UK and Australia. The American ruling class sees China as a principal threat to its global hegemony.

Secondly, and no less important, the ruling elite is desperately attempting to contain a mounting domestic crisis through the creation of an external enemy, that is, to manufacture an artificial “national unity” military aggression and, what will inevitably follow, domestic suppression.

The Washington Post, like the New York Times, is an organ of American imperialism. What appears on its pages is carefully reviewed and coordinated with the US intelligence agencies, if not directly written by them. It’s their job to sell war.

The financial oligarchy for which the Post speaks, including the newspaper’s owner, Jeff Bezos, is deeply disoriented by cascading financial, economic and political crises. They are enthralled by the desperate idea that the solution to America’s domestic problems is a war.

In the normal course of events, history punishes ruling classes that take such disastrous measures with revolutions.

But a war between the United States and China would be the first world war fought with nuclear weapons on both sides. There is an immense danger that, before the working class could be mobilized to stop the war, the death toll could be in the millions.

Urgent action is required now. Workers in the United States are entering into the most significant wave of strikes and struggles in decades. It is necessary for workers to take up the demand not only for decent wages and safe working conditions, but for a struggle against all forms of jingoism, nationalism and xenophobia, and for the international unity of the working class against war and the capitalist system.