A global tragedy: Up to 180,000 health care workers have died from COVID-19- by Andre Damon

In the latest in a series of statistics showing the disastrous social impact of the COVID-19 pandemic, the World Health Organization (WHO) has reported that as many as 180,000 health care workers have died from the ongoing pandemic worldwide. 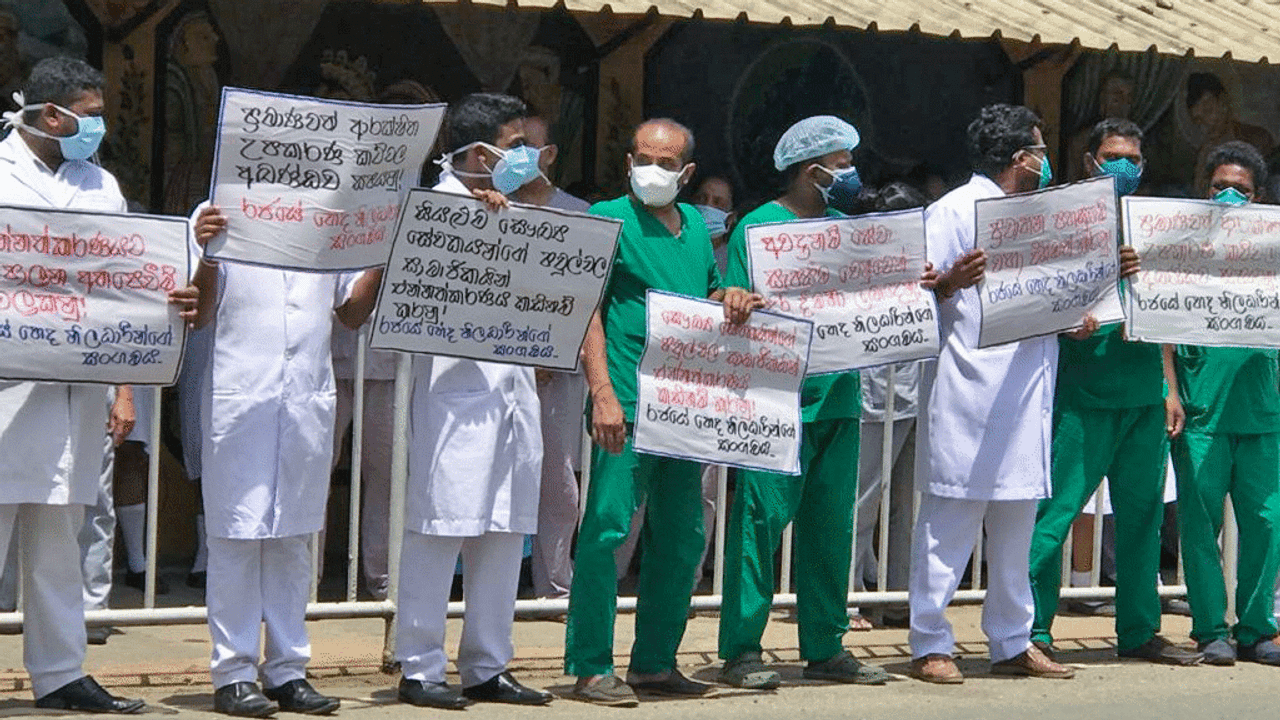 “Between 80,000 to 180,000 health and care workers could have died from Covid-19 in the period between January 2020 to May 2021,” the WHO stated. These workers are among the approximately 15 million people worldwide who have died from the pandemic, according to “excess death” statistics published by the Economist.

Health care workers, who have been battling the pandemic for close to two years, are approaching exhaustion.

Speaking to the Guardian, Annette Kennedy, president of the International Council of Nurses, said that of the tens of thousands who lost their lives, many did so “many needlessly, many we could have saved.”

“It’s a shocking indictment of governments,” she said. “It’s a shocking indictment of their lack of duty of care to protect healthcare workers who have paid the ultimate sacrifice with their lives.” She added, “They are now burnt out, they are devastated, they are physically and mentally exhausted. And there is a prediction that 10% of them will leave within a very short time.”

With health care workers near the breaking point, COVID-19 cases are once again surging around the world, driven by massive outbreaks in Eastern Europe and the United Kingdom.

The UK recorded 51,000 daily new cases Thursday, the highest level since January, and cases are rapidly approaching the all-time record of 67,775. Despite widespread vaccination, the daily death toll has risen, hitting an average of 130 deaths per day.

One in 55 people tested positive for COVID-19 in England in the week beginning October 6, according to the Office for National Statistics, up from one in 60 the prior week.

But the country worst affected on the entire Eurasian landmass is Russia, which registered 36,000 cases Thursday, the highest level ever, while the daily death toll has reached over 1,000.

In the United States, the long-time global epicenter of the pandemic, another 1,626 people died Thursday, bringing the official US death toll to 755,497. But the real death toll, including unreported deaths, is more than 1.1 million, according to figures from the Institute for Health Metrics and Evaluation.

The immense dangers posed by COVID-19 even to those who were not hospitalized is becoming apparent. As many as one in three COVID-19 patients developed lingering neurological problems, including executive functioning, cognitive processing speed, and memory recall.

While the beginning of the fall and winter seasons in the northern hemisphere was expected to bring an upsurge in cases, scientists are increasingly worried that the current surge is driven by new mutations of Sars-CoV-2 that are even more dangerous and transmissible than the Delta variant.

Up to 10 percent of cases in the UK have been attributed to Delta subtype AY.4.2, which media outlets have referred to as “Delta Plus.”

Jeffrey Barrett, director of the Covid-19 Genomics Initiative at the Wellcome Sanger Institute in Cambridge, and Francois Balloux, director of the University College London Genetics Institute, told the Financial Times that AY.4.2 seemed to be 10 to 15 percent more transmissible than the original Delta variant.

“If the preliminary evidence is confirmed, AY.4.2 may be the most infectious coronavirus strain since the pandemic started,” the FT wrote, citing Balloux.

Scientists warned that COVID-19 still has substantial capabilities to evolve and become more infectious. “I see nothing that suggests this virus is quieting down,” Kristian Andersen, an immunologist at Scripps Research Institute, told the Washington Post this week. “I don’t think this virus is as transmissible as it can be.”

But even as cases surge throughout the world, governments are abandoning all restrictions on the spread of the disease.

This month, Australia, New Zealand, Singapore, Malaysia and Vietnam all announced that they would transition away from “zero Covid” strategies intended to eliminate disease transmission. In Singapore, this has resulted in a massive increase in cases, from single digits in July to over 3,000 per day now.

For months, the US and global media have asserted that the COVID-19 pandemic would simply go away on its own, becoming “manageable” like the seasonal flu. Once again, these claims, motivated entirely by efforts to boost stock markets, have been shown to be a fraud. The latest upsurge makes clear that unless COVID-19 is brought under control through aggressive emergency measures, it will continue to kill on a vast scale.

The resurgence of the pandemic, despite the widespread availability of vaccinations, has vindicated the warnings of scientists and public health officials who have asserted that society cannot “live with” the COVID-19 pandemic and must instead eliminate, and possibly eradicate, the disease around the world.

These developments underscore the critical character of the online event hosted by the World Socialist Web Site, entitled “How to End the Pandemic,” that will bring together public health experts from around the world with workers and parents who are spearheading the fight to mobilize and organize the working class to fight for a change in policy.

The webinar will articulate, based on a thorough discussion of the latest science, the measures necessary to finally bring an end to the pandemic by stopping transmission and eliminating COVID-19.