In another belligerent operation, the US Navy last week sent a warship through the Taiwan Strait, for the tenth time this year. The guided-missile destroyer USS Dewey, accompanied by the Canadian frigate HMCS Winnipeg, sailed through the narrow waterway separating mainland China from the island of Taiwan on Thursday and Friday. 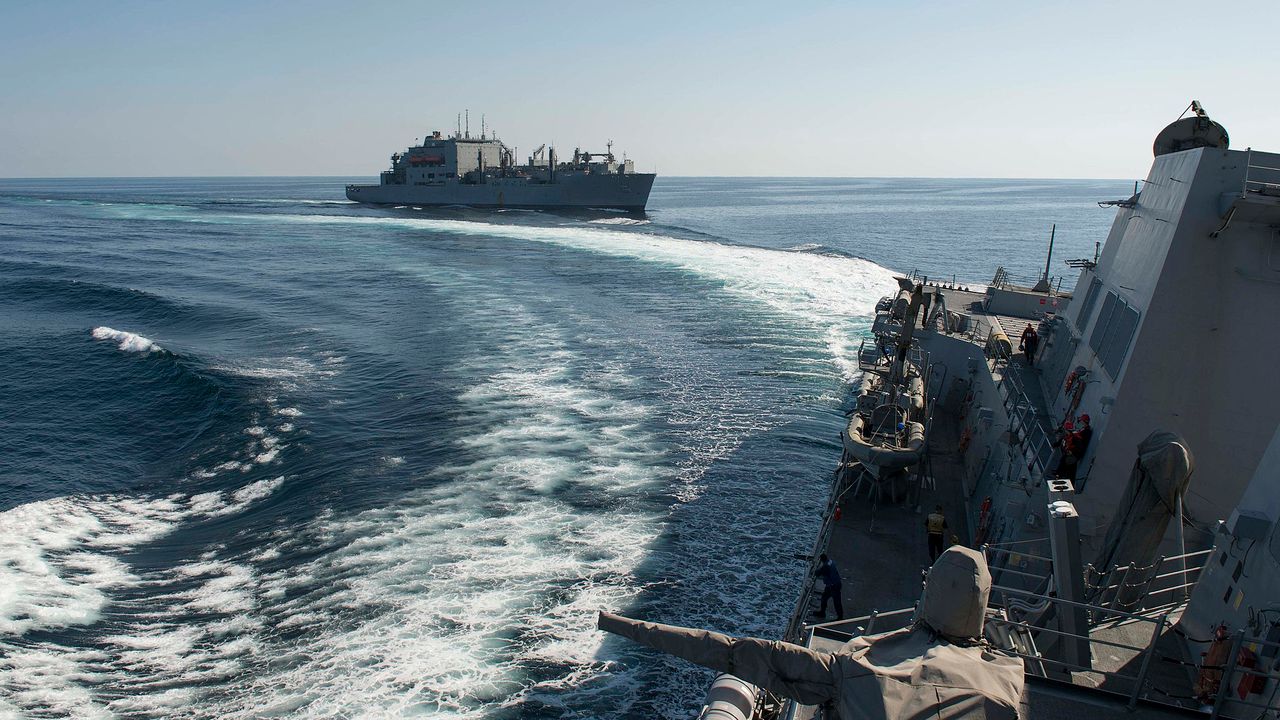 The US military absurdly declared that the transit demonstrated “the commitment of the United States and our allies and partners to a free and open Indo-Pacific.” Such naval operations, thousands of kilometres from North America, are part of a decade-long US military build-up against China in Asia and are calculated to inflame tensions with China—in this case, over the particularly dangerous flashpoint of Taiwan.

Over the past year, under Trump and now Biden, the US has been undermining longstanding arrangements with China over the status of Taiwan that formed the basis for the establishment of US-Chinese diplomatic relations in 1979. At that time, the US de facto recognised that Beijing was the legitimate government of all China, including Taiwan, by ending diplomatic ties and a military pact with Taipei, and withdrawing all military forces from the island.

Washington clearly understands the sensitivity of this issue in Beijing, which insists that Taiwan is an inalienable part of China and has warned for the past two decades that it would resort to military force if Taipei ever declared formal independence. Yet, the Biden administration is deliberately goading China by continuing Trump’s high-level contact with Taiwanese officials, increased arms sales to Taipei and frequent naval transits of the Taiwan Strait.

In a particularly inflammatory step, the Wall Street Journal, in what amounted to a semi-official leak, recently revealed that US Special Forces troops had been on Taiwan for the past year, training Taiwanese soldiers. The US military presence on Taiwan for the first time in four decades will have sounded alarm bells in Beijing because the island occupies a strategic position in the so-called First Island Chain running from Japan through to the Philippines that the US could use to blockade China in the event of war.

Beijing condemned the latest Taiwan Strait transit. The Eastern Theatre Command of the People’s Liberation Army (PLA) declared that Taiwan was part of Chinese territory and accused the US and Canada of colluding “to provoke and stir up trouble ... seriously jeopardising peace and the stability of the Taiwan Strait.”

The presence of a Canadian warship is significant. The Biden administration has been trying to enlist the military support of allies in its confrontation with China. Canada’s participation is part of its ever-more complete integration into the US economic and military-strategic offensive against China. The Canadian Armed Forces now routinely deploys warships off China’s shores and has declared the Malacca Straits, between Indonesia, Malaysia and Singapore, of vital strategic significance to Canada.

Just hours before dissolving parliament and calling a national election for September 20, Canada’s Trudeau Liberal government signed an agreement with Washington to “modernise” NORAD, the joint Canada-US aerospace and maritime “defence command” in order to wage strategic competition with China and Russia.

Last month the British warship HMS Richmond, a frigate deployed with a British aircraft carrier strike group, sailed through the Taiwan Strait for the first time in more than a decade. In early October, British warships joined a huge naval exercise with two US aircraft carrier strike groups and Japanese, New Zealand and Dutch naval vessels in a show of force in waters to the east of Taiwan.

The US pretext for its naval provocations is completely hypocritical. While it asserts the “right” to sail its warships and fly its warplanes close the Chinese coast, the US brands the intrusion of Chinese military aircraft into Taiwan’s Air Defence Identification Zone (ADIZ) as aggressive and menacing. ADIZs have no standing in international law. Chinese aircraft can only fly beyond the “First Island Chain” into the Pacific by breaching the various ADIZs of Taiwan, the Philippines, Japan and South Korea.

Moreover, Taiwan’s ADIZ not only covers airspace around the island but extends over the Chinese mainland by up to 300 kilometres! If this were observed, Chinese aircraft in significant areas of eastern China could not even take off without notifying Taiwanese authorities.

By stirring up tensions with China over Taiwan, the Biden administration is playing with fire. The danger of a war with China is recognised in American military and intelligence circles, where concerns are being raised about the ability of the US to win such a war. Earlier this month, retired US Lieutenant Colonel Daniel Davis warned that the US faced almost certain defeat in a conflict with China over Taiwan and risked stumbling into a nuclear war.

The Financial Times on Sunday featured an article on the reaction of US intelligence officials to China’s test of a nuclear-capable hypersonic missile capable of evading American anti-missile systems. The article reported that officials said the test “showed that China had made astounding progress on hypersonic weapons and was far more advanced than US officials realised.” The comments reflect broader concerns that the US military edge over China is being eroded.

A Financial Times editorial on October 12 entitled “The acute dangers of a conflict over Taiwan” warned that a US military conflict with China would be a disaster for the world. “Beijing and Washington would emerge from such a conflict to a world riven into hostile blocs. Whoever the ‘winner,’ all would lose. The choice across the Taiwan Strait is between a tolerable status quo and a disastrous conflict. That will not change.”

The editorial concluded with an impotent appeal for all sides to show “common sense, calm and cool heads.” However, the escalating US confrontation under Obama, Trump and now Biden against China is not driven by subjective intentions but the determination to arrest America’s historic decline at all costs and prevent China from undermining US global hegemony.

Moreover, China’s economic and military advances, far from causing the US to pause, become an argument for greater US military spending and for a resort to war sooner rather than later. At the same time, the American political establishment as a whole is seeking to project acute social tensions at home outward against an external enemy. The focus on Taiwan—the most sensitive of China’s “core issues”—is a warning that the US is actively preparing for war in the not-too-distant future.