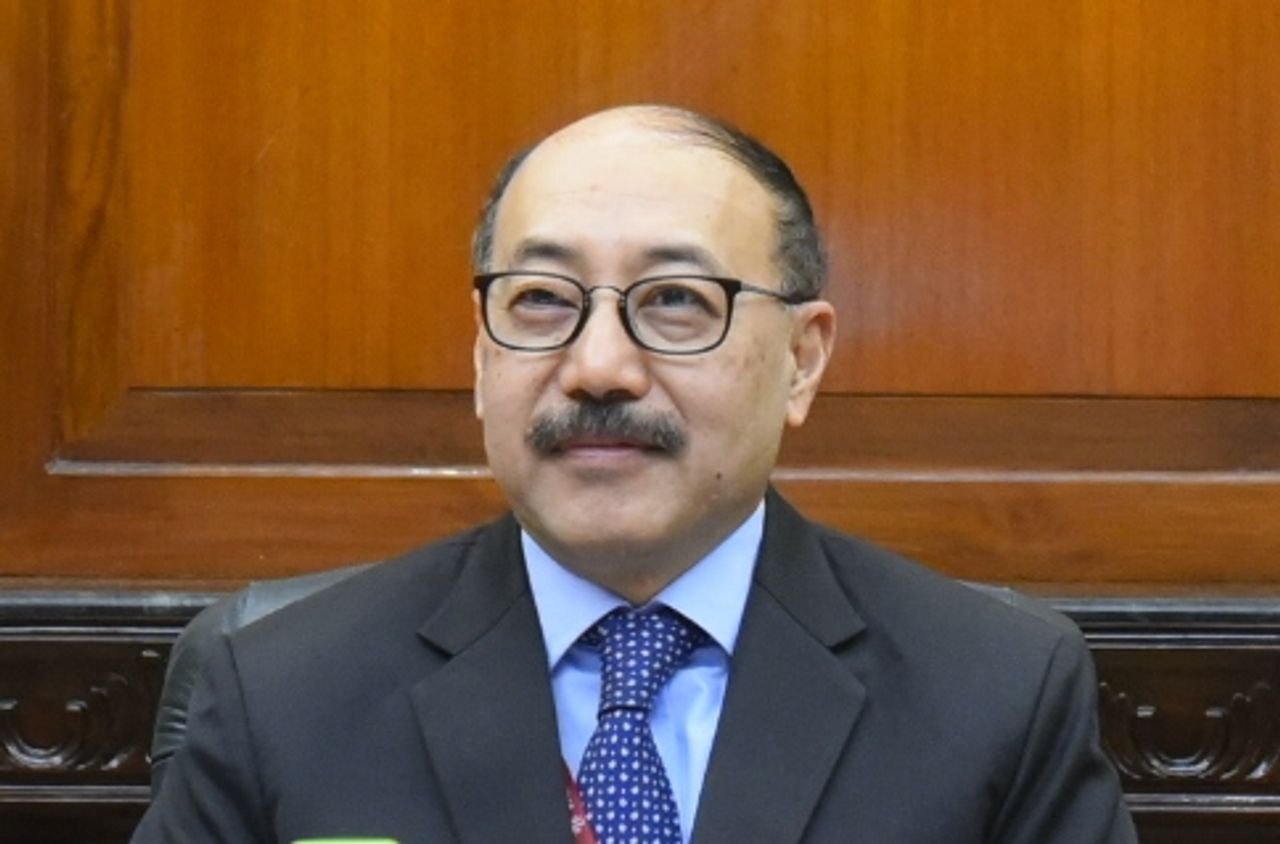 The visit occurred as the US and its allies, including India, are intensifying war preparations against China across the Indo-Pacific. It follows last month’s military agreement involving Australia, the UK and the US. Known as AUKUS, the deal, which will see the US supply Australia with nuclear-powered submarines, is targeting Chinese naval activities in the Pacific Ocean.

The trip also coincided with Colombo’s preparations for a ground-breaking ceremony at the Chinese-built Colombo Port City (CPC) on reclaimed land adjoining Colombo harbour. The CPC is part of China’s Belt and Road Initiative to counter US attempts to encircle China. New Delhi wants to remind the Rajapakse regime of Indian and US concerns about Beijing’s influence in Sri Lanka. Two weeks ago, the Indian and Sri Lankan foreign ministers held talks during UN General Assembly meetings in New York.

Shringla began his tour with a visit to the main Buddhist Shrine in Kandy, a token gesture of assurance to the Sinhala-Buddhist ruling elite, and then travelled to the Trincomalee Oil Tank Farm near the strategic deep-water port. The Indian Oil Company (IOC) currently operates 15 of the 99 tanks at the facility. New Delhi is seeking a new agreement that gives it extensive control over this key facility. Colombo has so far sidestepped these demands.

In Jaffna, Shringla inspected progress of some Indian-funded projects, including the $US11 million Jaffna Cultural Centre building. New Delhi sees these projects, which were offered by India following the bloody ending of the 30-year communal war in 2009, as a means of establishing its influence on the island and particularly in Sri Lanka’s north.

Back in Colombo, Shringla held talks with President Rajapakse, reportedly on issues that had been “straining relations” between the two countries. These include, security, growing Chinese influence and Indian investment projects. He also called for full implementation of the 13th Amendment to Sri Lankan Constitution, which was part of 1987 Indo-Lanka Accord that established provincial councils with limited devolution of powers, as a concession to theisland’s Tamil elite.

New Delhi wants Colombo to implement these power-sharing arrangements, not out of any concerns about democratic rights of the island’s Tamils, but as a lever to pressure Colombo to break its close ties with Beijing and more closely integrate with the US-India military-strategic partnership against China. The Indian elite also hope to use the Tamil elite in Sri Lanka to further its influence in Colombo.

President Rajapakse told Shringla: “Sri Lanka would not be allowed to be used for any activity that could pose a threat to India’s security.” New Delhi, he said, should “not … have any doubts” about Sri Lanka’s relationship with China. The president explained that his vision was to “reinstate India-Sri Lanka relations to the level that existed in 1960s and 1970s under Prime Minister Sirimavo Bandaranaike.”

However, reflecting Colombo’s aversion to any power-sharing with the Tamil elite, Rajapakse added the caveat that it was necessary to “understand the weaknesses as well as the strengths of the 13th Amendment.” He cynically declared that his government was committed to developing the North and East and resolving postwar issues, such as returning the land seized by the military and compensating the families of missing persons from the war.

Shringla addressed an event marking the inauguration of Indian Development Corporation projects in Sri Lanka, declaring that these projects would “employ local companies” and “use Sri Lankan material and labour.” He also met with the representatives of Tamil bourgeois parties, including the Tamil National Alliance and Tamil Progressive Alliance, as well as the Ceylon Workers Congress, the main plantation workers’ union.

New Delhi is increasingly concerned about Colombo’s economic dependence on China. Since Rajapakse became president in November 2019, China has secured several key infrastructure and investment projects and completed the first stage of the CPC, with construction of its second stage starting soon.

India and the US regard these projects as a flouting of their authority in the Indian Ocean region. New Delhi is also concerned that some Indian investment plans are being held back by Colombo, while Chinese projects are proceeding.

Early this year, Sri Lanka unilaterally withdrew from a $500 million deal with India and Japan to develop the partially-built Eastern Terminal of the Colombo Port. Late last month, however, the Sri Lankan Port Authority signed a $700-million agreement with India’s Adani Group to build a Western Terminal in Colombo Port.

The Rajapakse government has tried to appease Indian concerns over cancellation of the Eastern Terminal project. The Indian media has commented, however, that the cancelled port deal “hurt the credibility of the Sri Lankan government” and India will continue to push for its resumption.

There is anxiety within the Sri Lankan ruling class about the potential political repercussions of a falling out with the US and India. The Rajapakses in particular are nervous. In 2015, Mahinda Rajapakse was ousted as president in a Washington-orchestrated regime-change operation that brought the pro-US Sirisena-Wickremesinghe regime to power.

While Colombo is reliant on Beijing to keep Sri Lanka’s heavily-indebted economy alive, it is trying to maintain advanced strategic and military ties with the US and India initiated by the Sirisena-Wickremesinghe regime.

The eighth “Mitra Shakthi”—joint army exercises between India and Sri Lanka—were held during Shringla’s trip. The Indian foreign minister also discussed this year’s forthcoming Colombo Security Conclave (CSC) meeting. The CSC, which is a security and intelligence network involving India, Sri Lanka and Maldives, will soon induct other Indian allies in the region, such as Bangladesh, Seychelles and Mauritius.

The Rajapakse regime’s political balancing act is untenable, amid growing geo-political tensions between the US and India on one side and China on the other. The increasing belligerence of US imperialism in the Indo-Pacific region is leading to a devastating military conflict, unless it is prevented by an anti-war movement of the working classes throughout the region and internationally.