The latest American Academy of Pediatrics (AAP) report shows that 22 children died from COVID-19 across the US during the week ending October 7, bringing the country’s official pediatric death toll to 542 since May 2020. Coinciding with the bipartisan push to fully reopen schools this fall, 164 children have died from COVID-19 over the past two months alone, with an average of 20 child deaths each week or roughly three each day.

The AAP report notes that last week there were 148,222 official COVID-19 infections among children in the US, a slight decline from the previous week but still as high as during the major surge of infections last winter. A closer look at the data shows that the only significant decline in cases occurred in the South, where cases dropped from an estimated 75,000 to 50,000 cases, still horrifically high numbers. 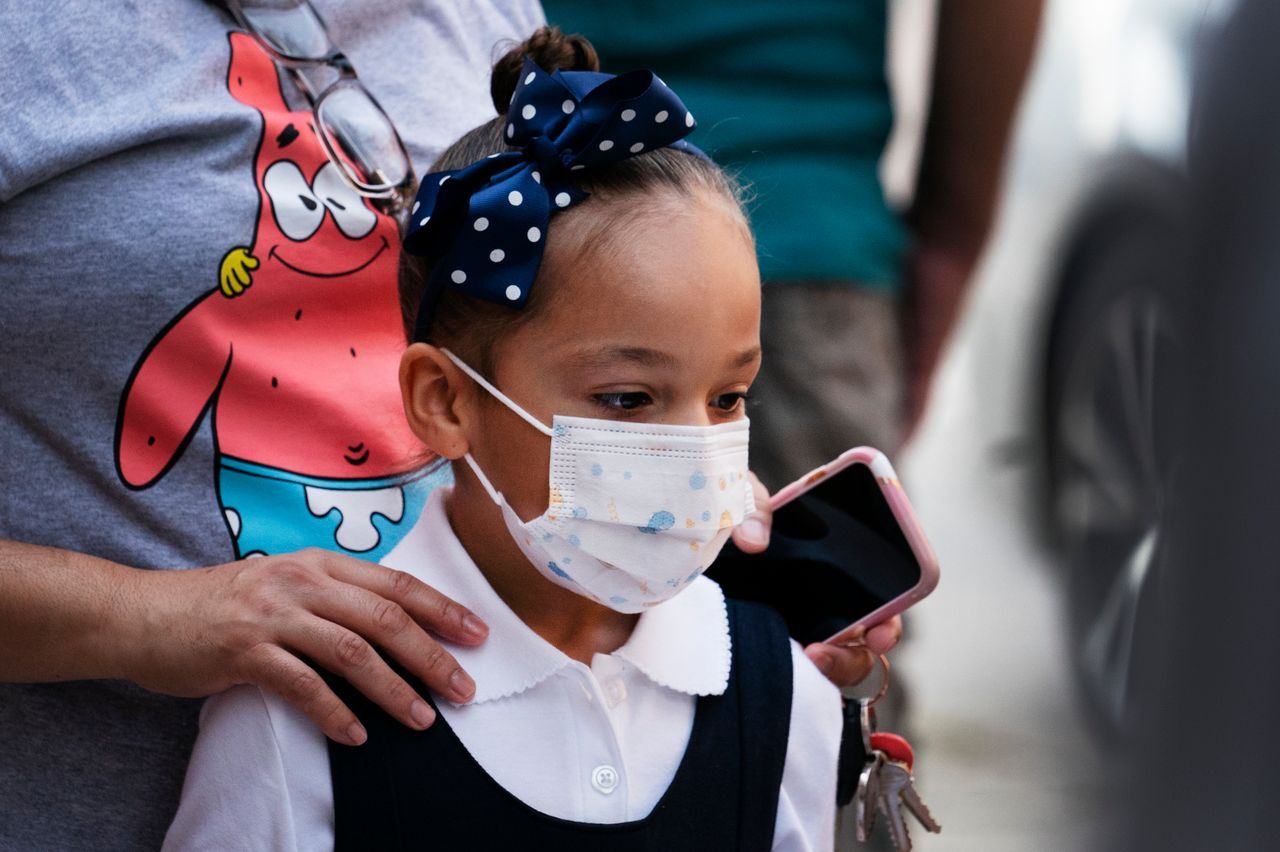 Ongoing infection in children has had devastating reverberations for families, including child deaths as well as hospitalizations and deaths among family members. A recent study revealed that an estimated 140,000 children in the US have lost a caregiver to COVID-19 since the pandemic began, while the global figure stands at more than 1.56 million.

The latest data from the Centers for Disease Control and Prevention (CDC) shows that there is currently a seven-day average of 188 new pediatric hospitalizations for COVID-19 every day across the US. Additionally, in recent months there has been an acceleration of pediatric hospitalizations for Multi-System Inflammatory Syndrome in children (MIS-C), a condition which causes major inflammation of different parts of the body, including the heart, lungs, kidneys, brain, skin, eyes or gastrointestinal organs, and usually appears six to eight weeks after initial COVID-19 infection.

The CDC reports that there have been 1,217 cases of MIS-C since June 2, raising the total number of cases to 5,217 since May 2020. To date, there have been 46 reported MIS-C deaths. Doctors have been warning about an increase in MIS-C cases following the ongoing explosion of infections among children since the summer months and in particular after schools fully reopened. Between July and August, the number of daily MIS-C cases nearly doubled, according to CDC data.

The official figures make clear the immense impact of COVID-19 on children, but they are undoubtedly a significant undercount. There are entire states that either do not report age distribution of cases, hospitalizations, or deaths, or have changed the parameters of their reporting, effectively downplaying the impacts of the virus on children.

According to the AAP, Texas, Alabama and Nebraska recently stopped reporting child COVID-19 cases in their state data. Michigan, Montana, New York (excluding New York City), Rhode Island, Utah and West Virginia do not report the age distribution of deaths in their state data. Any child deaths that have occurred in these states are not included in the AAP cumulative death toll.

Added to the lack of systematic reporting of COVID-19 data among children across the US, there is no robust testing of symptomatic and asymptomatic cases among youth or real contact tracing measures to identify cases and the breadth of community spread.

Children under 13 years old are still not eligible for vaccination, presenting immense dangers for millions of children who have been herded back into classrooms with no real protections in place and under conditions of high community spread.

Attempts by the Biden administration, state officials, the unions, and the mainstream media to assuage real concerns of parents fearful of their children contracting COVID-19 by promoting the roll-out of a vaccine as early as next month come too little too late. If an emergency vaccine is available a month from now, children will not be fully vaccinated until weeks later, at which point over 100 more children will have died from COVID-19 and hundreds of thousands more will have been infected.

The impact of school reopenings has been most disastrous in the South, where “herd immunity” advocates have entirely scrapped mitigation measures such as masks, while opposing vaccine mandates. The region accounts for 14 of the 22 child deaths from COVID-19 in the latest APP report.

In Tennessee, there were three reported child deaths this past week alone. Local news reports show at least 23 school employees have died in the state since August when schools began reopening. Data from the Tennessee Department of Health shows there were approximately 5,000 more COVID-19 infections in August and September than the four-month previous winter surge among Tennessee residents age 20 or under. In neighboring Georgia, more than 30 school employees have died of COVID-19 since the start of the school year in July.

In Florida, the reopening of schools has been catastrophic. Florida Education Association’s “Safe Schools Report” notes that 24 children and 102 school employees have died from COVID-19 since July alone. The Florida Department of Public Health has logged 209,535 cases among children since August 1.

Texas has reported an astonishing 88 total child deaths since May 2020, the highest number of any state. At least nine child deaths have been reported since late September. On October 6, 16-year-old George Moralez, a student at Connally High School in Waco, Texas, died from COVID-19. He became the fourth person to die from the virus in the school district since the school year began in August. On October 1, Richardson Independent School District in Richardson, Texas confirmed that Berkner High School junior Shanya Maggie and Christa McAuliffe Learning Center teacher Eroretta Piashik both died from COVID-19.

In Democrat-led districts and states that reopened with promises that limited mitigation measures would prevent COVID-19 outbreaks in schools, the reality is that hundreds of thousands of children have been infected this semester. Even these measures are being rolled back as cases steadily rise. Significantly, the APP report noted that there were 45,000 COVID-19 cases among children in the Midwest last week, over 17,000 in the Northeast and over 37,000 on the West Coast, parts of the country largely run by the Democratic Party.

In New York City, the largest school district in the country with roughly 1.1 million students, 4,335 students and staff have tested positive for COVID-19 since schools reopened September 13. This figure is known to be a vast undercount, as only 10 percent of the New York City student body is tested once per week. Although a City Council hearing in October revealed a coordinated cover-up by the administration of Democratic Mayor Bill de Blasio, the Department of Education has still not revealed the exact enrollment for this school year because they fear exposing the large number of parents who are refusing to send their children into unsafe schools.

The explosion of cases and deaths among children in recent months corresponds directly to the full reopening of schools and has fueled growing opposition among parents, educators and students in the US and internationally. On October 1, a global school strike initiated by British parent Lisa Diaz was met with a huge international response, prompting her to issue a call for a second global school strike to be held this Friday, October 15.

Over the course of the pandemic, educators and parents have formed rank-and-file committees across the US and globally in opposition to the deadly reopening of schools. These committees, affiliated with the International Workers Alliance of Rank-and-File Committees (IWA-RFC), are fighting to close schools and nonessential workplaces as part of a broader strategy aimed at the eradication of COVID-19. This must be combined with the combined deployment of all public health measures, including mass testing, contact tracing, the isolation of infected patients, masking, a globally-coordinated vaccination program, and more.

Over the coming week, rank-and-file committee meetings will be held in the South, on the West Coast, and in New York City, Pennsylvania and Michigan to build awareness of and interest in the upcoming October 24 webinar hosted by the IWA-RFC and the WSWS, “How to end the pandemic: The case for eradication.” All educators, parents and workers who seek to end the pandemic and save lives should take part in these committee meetings, register to attend the October 24 event and build for it as widely as possible.