Showing posts from July, 2015
Show All

July 27, 2015,  By Shamindra Ferdinando Former External Affairs Minister Prof. G. L. Peiris yesterday alleged that for want of a cohesive national security strategy post-war peace and stability was at stake. Arguing that the government was wholly incapable of addressing national security issues, Prof. Peiris said the recent arrest of an LTTE cadre Krishna Kumar along with 300 grams of cyanide, Global Positioning System (GPS) equipment and seven hand phones at Ramanathapuram, South India pointed to the urgent need to take remedial action. The UPFA spokesperson said that authorities, both in New Delhi and Colombo, couldn’t ignore that two Indian accomplices of Krishna Kumar, too had been taken into custody.
Post a Comment
Read more

If Jeremy Corbyn is 'out of touch' why are his views so popular with the UK public?

Ian Sinclair  18 July 2015 .  If anyone is out of touch with public opinion, says Ian Sinclair, it is not Jeremy Corbyn but the three other Labour leadership contenders. 38 “I don’t bother writing about Fox News. It is too easy”, American dissident Noam Chomsky  explained  in 2010. “What I talk about are the liberal intellectuals, the ones who portray themselves and perceive themselves as challenging power, as courageous, as standing up for truth and justice. They are basically the guardians of the faith. They set the limits. They tell us how far we can go. They say, ‘Look how courageous I am.’ But do not go one millimeter beyond that.”
Post a Comment
Read more

Ryvka Barnard  25 July 2015 . The UK government needs to apply its own criteria to the arms trade, and impose an immediate two-way arms embargo on Israel. Sharif al-Namlah, three, plays in the bath at his home in Rafa, Gaza. The lower part of his left leg was blown off when Israeli rockets hit the family on 1 August 2014. His mother, Asraah, lost both her legs and his father, Wael, lost one leg. LAST WEEK, the UK government announced the  outcome of a review  of military export licences whose legality had been called into question during Israel’s attacks on the Gaza Strip last summer. The outcome, which came 11 months after the review began, concluded that there is no risk that weapons being shipped from the UK to Israel could be used in violations of international law.
Post a Comment
Read more

I'm a Muslim woman, Mr Cameron, and here's what your radicalisation speech means to me

- July 26, 2015
Siema Iqbal  26 July 2015 . Posted in  Prime Minister, you completely failed to mention foreign policy. Do you really believe we didn’t notice the huge elephant in the room? The media's prejudiced use of the term 'terrorism' has created the link between the word Muslim and terrorism, embedding it in people's minds and propagating hate towards the Muslim community.
Post a Comment
Read more 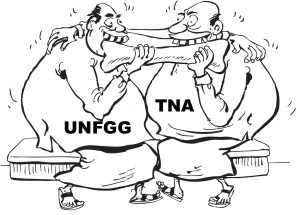 César Chelala  18 June 2015 .  Iraq is facing nothing less than almost total destruction as a result of the Bush-Blair iinvasion, the consequences of which are still being felt. IRAQ'S dismal health situation is testimony to the invasion of the country by foreign forces, including now the takeover of important parts of its territory by the Islamic State of Iraq and the Levant (ISIL). The Iraqi people have been the subject of mass executions, rape, torture and, in addition, the destruction of the country’s infrastructure.
Post a Comment
Read more

Matt Dathan  07 July 2015 .  On the 10th anniversary of the 7/7 terror attack, Tony Blair says yet again this was not blowback from his and Bush's illegal Iraq war.
Post a Comment
Read more 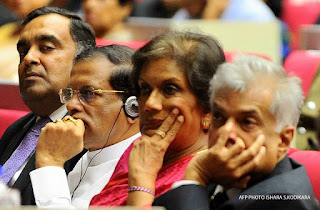 Britain is not at war, so what are thousands of troops doing in Iraq, Afghanistan, the Middle East and Ukraine? Chris Hughes

29 June 2015 .  We do not disclose details of all ongoing operations, says the MoD, as disclosure would prejudice the security of the Armed Forces. OVER 4,000 British troops are currently deployed on military operations overseas - even though Britain is officially no longer at war.
Post a Comment
Read more

30 June 2015 . Posted in   News Despite protests from within the Church of England and beyond Church House dismisses objections to its arms industry conferences. POPE FRANCIS last week  attacked  the “duplicity” of those who profit from the arms trade but “call themselves Christian”. Meanwhile, St Paul’s Cathedral in London has adopted a policy of refusing to host events sponsored by arms companies. Guildford Cathedral took up a similar policy some time ago, cancelling a booking at short notice when they realised that it was for an arms industry event.
Post a Comment
Read more

25 June 2015 .  The UK government's “counter-extremism” bill takes the anti-Muslim clampdown to a new level of state surveillance and harassment. THE ANTI-MUSLIM drumbeat has become deafening across the western world. As images of atrocities by the jihadi terror group Isis multiply online, and a steady trickle of young Europeans and North Americans head to Syria and Iraq to join them, Muslim communities are under siege. Last week  David Cameron accused British Muslims of “quietly condoning” the ideology that drives Isis sectarian brutality, normalising hatred of “British values”, and blaming the authorities for the “radicalisation” of those who go to fight for it.
Post a Comment
Read more

After terrorist atrocity in Tunisia it's time to face facts: ISIS is a child of US-UK wars

Lindsey German   27 June 2015 .  A decade of invasion, occupation and bombing in Afghanistan, Iraq, Libya and elsewhere has been the seed bed of ISIS and other terrorist groups. Medics stretcher victim of the terror attack on tourists in the Tunisian resort town of Sousse.
Post a Comment
Read more
More posts