The patriots by Asim Ali

Why is BJP cornering Congress on the nationalism turf? 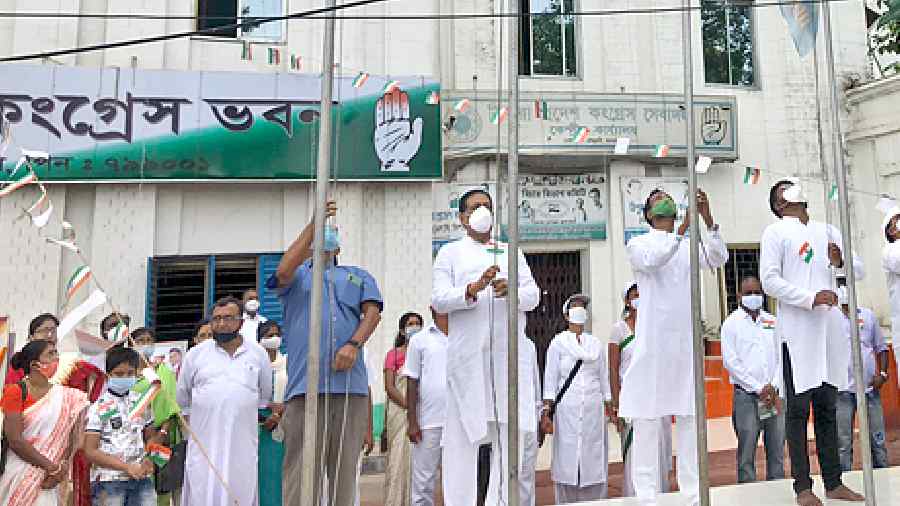 Some commentators insist that the BJP’s nationalist reputation can be eroded if only the Congress were to more effectively articulate an alternative conception of nationalism in secular and pluralistic terms.

Why has the Congress been unable, over the last eight years, to challenge the Bharatiya Janata Party on the turf of nationalism? After all, the Congress is the party that won India its freedom, shaped its national institutions, and essentially defined Indian nationalism for most of the country’s post-Independence journey.

It is not for want of trying. The Congress has led sharp attacks on the BJP on the issues of Chinese incursions and the Rafale deal.  Recently, the party centred on nationalism in its protest over Agnipath, dubbing the military recruitment scheme as the  ultimate  “anti-national” act. Priyanka Gandhi implored the youth to distinguish between “real and fake nationalists”. 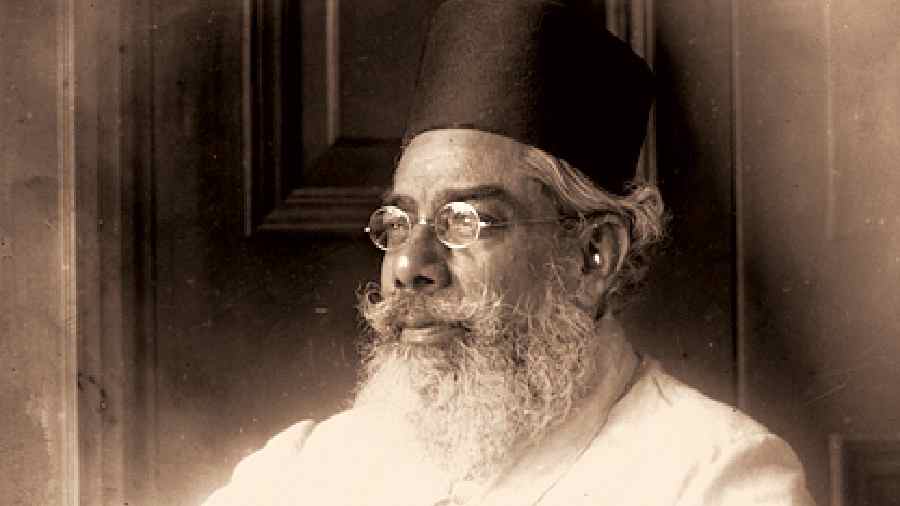 L ast month, a teacher of political science in Uttar Pradesh’s Sharda University posed this examination question to his students: ‘Do you find any similarities between Fascism/ Nazism and Hindu right-wing (Hindutva)? Elaborate with the argument.’ The teacher was suspended by the university authorities, on the grounds that the very posing of the question was “totally averse” to the “great national identity” of our country and “may have the potential for fomenting social discord”. (see https://thewire.in/ education/sharda-university-professor-hindutva-nazism)

This column seeks to answer the question the teacher in Sharda University was forbidden from asking his students. I use, as my main sources, the writings of the Italian historian, Marzia Casolari, in particular an essay she published in the Economic and Political Weekly in 2000 titled “Hindutva’s Foreign Tie-up in the 1930s” (see https://www.epw. in/journal/2000/04/special-articles/ hindutvas-foreign-tie-1930s.html), and a book she published twenty years later, titled In the Shadow of the Swastika: The Relationships Between Indian Radical Nationalism, Italian Fascism and Nazism (available at https://www.amazon.in/ Shadow-Swastika-RelationshipsNationalism-Routledge-ebook/dp/ B08DPXXLF6).

Dr Casolari’s work is based on a prodigious amount of research conducted in archives in Italy, India, and the United Kingdom and draws on primary materials in several languages as well. She demonstrates that in the 1920s and 1930s, the Marathi press covered the rise of fascism in Italy with great interest, and mostly admiringly, thinking that a similar ideology in India could likewise transform a backward agrarian country into a rising industrial power and bring order and regimentation to a disputatious society. These glowing articles on Benito Mussolini and fascism, several of which Casolari quotes, may very well have been read by K.B. Hedgewar and M.S. Golwalkar — the pre-eminent leaders of the Rashtriya Swayamsevak Sangh — and by V.D. Savarkar and B.S. Moonje — the pre-eminent leaders of the Hindu Mahasabha — all four of whom had Marathi as their mother tongue. Thus, as Casolari writes, “by the late 1920s, the fascist regime and Mussolini had many supporters in Maharashtra. The aspects of Fascism, which appealed most to the Hindu nationalists, were, of course, the supposed shift of Italian society from chaos to order, and its militarization. This patently anti-democratic system was considered a positive alternative to democracy, seen as a typical British institution.”

A key figure in Casolari’s researches is Dr B.S. Moonje (picture), a major ideologue of the Hindu right-wing. Moonje visited Italy in 1931 and met many supporters of the fascist regime. He was deeply impressed by Benito Mussolini and his ideology, and by his seeking to infuse the spirit of militarism among the youth.

At his request, Moonje was granted a meeting with Mussolini himself. When the Duce asked the fawning Indian visitor what he thought about the fascist youth organisations, Moonje replied: “Your Excellency, I am very much impressed. Every aspiring and growing nation needs such organisations. India needs them most for her military regeneration.”

Of his conversation with the fascist dictator of Italy, Moonje remarked: “So ended my memorable interview with Signor Mussolini, one of the great men of the European world. He is a tall man with broad face and double chin and broad chest. His face shows him to be a man of strong will and powerful personality. I have noted that Italians love him.”

Moonje was awed by Mussolini’s personality and swept away by his ideology, with its glorification of perpetual war and its contempt for peace and reconciliation. He quoted with approval statements of the Italian dictator such as this one: “War alone brings up to its highest tension all human energy and puts the stamp of nobility upon the peoples who have the courage to meet it.” And this one too: “Fascism believes neither in the possibility nor the utility of perpetual peace. It thus repudiates the doctrine of Pacifism which is born of renunciation of the struggle and [is] an act of cowardice in the face of sacrifice.”

Moonje was a mentor to the future founder of the RSS, K.B. Hedgewar. As a young student in Nagpur, Hedgewar stayed in Moonje’s house, and it was Moonje who sent Hedgewar to study medicine in Calcutta. After his trip to Italy, Moonje and Hedgewar worked hard to bring the Hindu Mahasabha and the RSS into closer collaboration. Casolari informs us that in January 1934, Hedgewar chaired a conference on fascism and Mussolini, with Moonje making one of the main speeches. In March of the same year, Moonje, Hedgewar and their colleagues had a long meeting where Moonje remarked: “I have thought out a scheme based on Hindu Dharm Shastra which provides for standardization of Hinduism throughout India… But the point is that this ideal cannot be brought to effect unless we have our own swaraj with a Hindu as a dictator like Shivaji of old or Mussolini or Hitler of the present day in Italy or Germany. But this does not mean that we have to sit with folded hands until some such dictator arises in India. We should formulate a scientific scheme and carry on propaganda for it.”

Moonje drew a direct parallel between Italian fascism and the ideology of the RSS. Thus he wrote: “The idea of Fascism vividly brings out the conception of unity amongst peoples. India and particularly Hindu India need some such Institution for the military regeneration of the Hindus… Our Institution of Rashtriya Svayamsewak Sangh of Nagpur under Dr Hedgewar is of this kind, though quite independently conceived.”

Casolari quotes a police officer’s note of 1933, which says of the RSS: “It is perhaps no exaggeration to assert that the Sangh hopes to be in future India what the ‘Fascisti’ are to Italy and the ‘Nazis’ to Germany.” The note further observes: “The Sangh is essentially an anti-Muslim organisation aiming at exclusively Hindu supremacy in the country.” Casolari’s research also has some interesting insights into the worldview of Savarkar. She writes that “[in] about 1938, Nazi Germany became the main point of reference for the Hindu Mahasabha, under Savarkar’s presidency. Germany’s rabid policies regarding race were taken as the model to be adopted to solve the ‘Muslim problem’ in India.”

Among the remarks by Savarkar quoted by Casolari are these: “Germany has every right to resort to Nazism and Italy to Fascism and events have justified that those isms and forms of Government were imperative and beneficial to them under the conditions that obtained there.”

“Nationality did not depend so much on a common geographical area as on unity of thought, religion, language and culture. For this reason the Germans and the Jews could not be regarded as a nation.”

“In Germany the movement of the Germans is the national movement but that of the Jews is a communal one.”

“A Nation is formed by a majority living therein. What did the Jews do in Germany? They being in minority were driven out of Germany.”

“[T]he Indian Muslims are on the whole more inclined to identify themselves and their interests with Muslims outside India than Hindus who live next door, like Jews in Germany.”

Savarkar is, of course, an iconic figure for the Hindutva regime in power in India today. Casolari’s book also contains a passing reference to another Hindutva icon, Syama Prasad Mookerjee. In the inter-war period, the Italian government sought energetically to cultivate Indian intellectuals and politicians who might be sympathetic to fascism. Their work was furthered by Giuseppe Tucci, the most eminent Italian Orientalist of his generation and a supporter of fascism himself. Tucci corresponded regularly with Moonje and, in the 1930s, was also in contact with S.P. Mookerjee, the then vice-chancellor of Calcutta University, and in the fullness of time to become the founder of the Jana Sangh, the predecessor of the Bharatiya Janata Party. Writing to his mentor, the fascist philosopher, Giovanni Gentile, Tucci described S.P. Mookerjee as “our most important collaborator” in Calcutta.

Marzia Casolari is not the first scholar to explore the parallels between Hindutva and fascism. However, she has done so with more rigour and in greater detail than anyone else. Her researches demonstrate that the teacher in Sharda University had asked his students a legitimate and important question. By not allowing them to answer it, and by suspending the teacher himself, the university administrators have demonstrated their fear of the truth. And perhaps, even more, fear of their political bosses, who would wish us to forget that the founders of Hindutva were greatly inspired by European fascism. 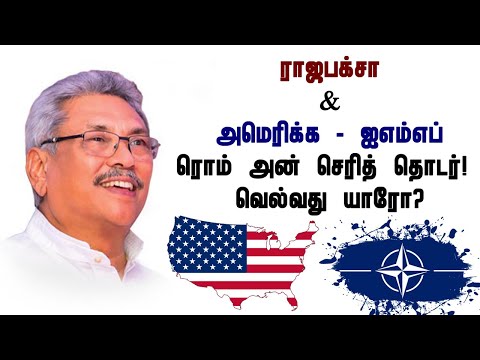