On Sunday, former US president Donald Trump continued his efforts to cultivate and grow his fascist movement by delivering a video eulogy for his deceased foot-soldier, Ashli Babbitt. 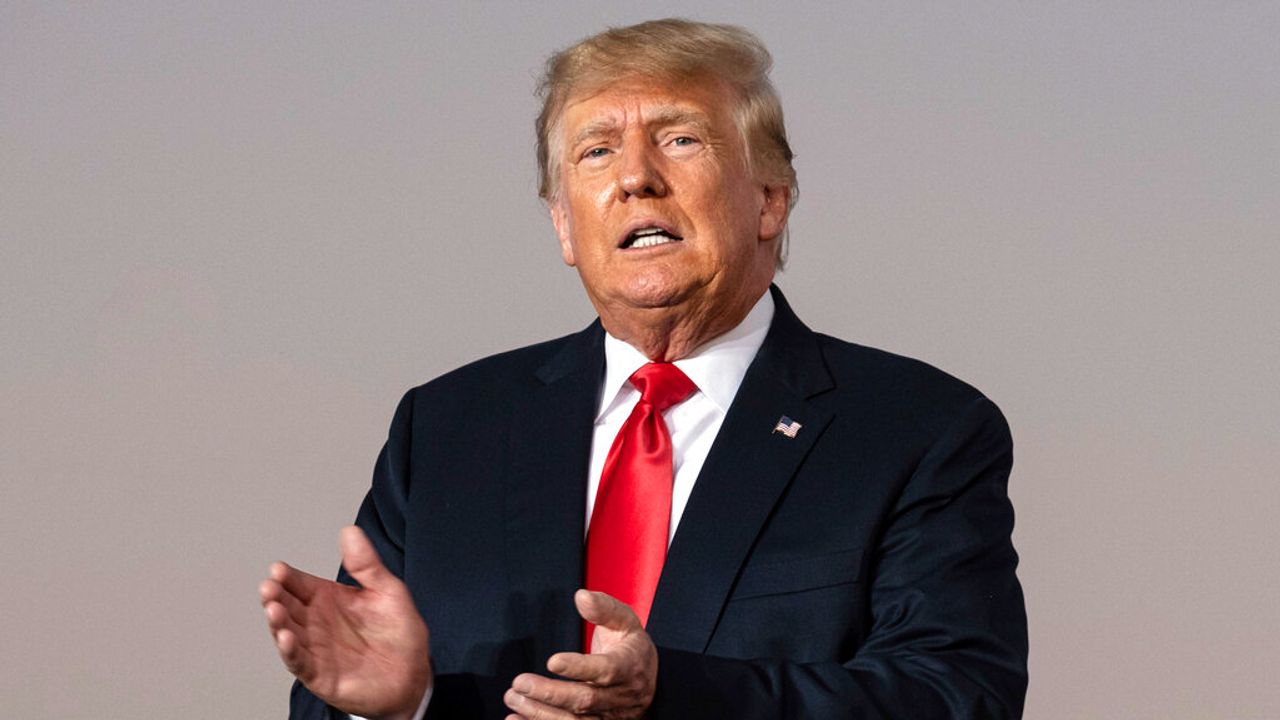 In a pre-recorded video that was played at a sparsely attended event in Freeport, Texas celebrating what would have been Babbitt’s 36th birthday, Trump offered his “unwavering support” to the family of Babbitt and called on the Department of Justice (DOJ) to reopen its investigation into her death.

Trump said it was a “great honor to address each of you gathered today” and that Babbitt, an adherent of the far-right anti-Semitic QAnon conspiracy theory and ardent supporter of Trump and the “Stop the Steal” movement, was “a truly incredible person.”

Trump, presenting the insurrectionist as a patriotic soldier, glorified Babbitt’s military service: “She defended our nation overseas including in Iraq to fight in the War on Terror.”

In a complete whitewash of the events of January 6, Trump said: “On that horrible day of January 6, Ashli arrived at the United States Capitol, innocent, she was shot and tragically killed. There was no reason Ashli should have lost her life that day.” He added, “We must all demand justice for Ashli and her family.”

As a point of fact, Babbitt did not just “arrive” at the Capitol. A self-described libertarian and QAnon follower, she had written on January 5, “Nothing will stop us. They can try and try and try but the storm is here and it is descending upon DC in less than 24 hours ... dark to light!”

“The storm” is a reference to the QAnon perspective that Donald Trump was sent by God to exterminate Democrats and other political opponents, and that members of the cult would take part in that physical settling of accounts. She then flew across the country from California to Washington D.C. to join in the effort to keep Trump in the White House regardless of the results of the election.

As to her “innocence,” there is no doubt Babbitt committed multiple crimes, including criminal trespassing and interference with Congress in the performance of its constitutional duties, and only her death prevented her from participating in much bloodier crimes. Babbitt was shot as she was attempting to climb through a broken window into the Speakers Lobby where dozens of lawmakers and their staff were hiding from the far-right mob of militia members, neo-Nazis and white supremacists.

Babbitt was engaged in a tactic employed several times by members of the attacking force, breaking through a window adjacent to a barred door, then opening the door from the inside. If successful, she would have let the mob through. It was the last door separating the crowd of Trump supporters from the members of the House of Representatives and their staff, who were seeking to escape to safety through the rear of the House chamber.

There is no doubt the aims of the angry mob. They were there to capture, and possibly kill, lawmakers in order to block the certification of Biden’s Electoral College victory.

A preliminary DOJ investigation completed in April, and follow-up internal probe completed this past August, cleared Capitol Police officer Michael Byrd of any wrongdoing in the shooting of Babbitt.

“The investigation revealed no evidence to establish that, at the time the officer fired a single shot at Ms. Babbitt, the officer did not reasonably believe that it was necessary to do so in self-defense or in defense of the Members of Congress and others evacuating the House Chamber,” federal prosecutors with the Justice Department wrote in an April statement.

Despite Byrd being cleared of any wrongdoing, in the months following his failed coup, Trump and Arizona Representative Paul Gosar, one of the principal advocates in Congress of the “Stop the Steal” campaign, have held up Babbitt as a martyr for the fascist “Make America Great Again” movement and presented Byrd’s actions as unprovoked and unjustified..

During a House Oversight Committee hearing held in May of this year, Gosar, a long-time ally of the fascistic Oath Keepers, provocatively asked former acting Attorney General Jeffrey Rosen whether Babbitt was “executed” by Capitol Police. Gosar claimed that the DOJ was “harassing peaceful protesters and veterans” and that the real conspiracy theory was the suggestion that Republican legislators, such as himself, had aided far-right militia members prior to the coup.

In a June hearing featuring FBI Director Christopher Wray, Gosar again said that Babbitt was “executed” and that the cop who shot her was “lying in wait” and “gave no warning before killing her.”

Gosar repeated the same themes in his video eulogy to Babbitt on Sunday. As he has in past speeches, he demanded “full transparency and accountability surrounding the murder of Ashli” and vowed that he would not stop asking questions or “demanding justice for Ashli.”

Trump, an admirer of Adolf Hitler, and Gosar, a demented fascist, are continuing to follow in the footsteps of the German dictator. In 1930, Horst Wessel, a Nazi storm trooper and propagandist who routinely participated in violent assaults against communists, socialists and workers, was shot and killed by two members of the Communist Party of Germany (KPD).

Hitler and his minister of propaganda, Joseph Goebbels, used the shooting of Wessel to promote the Nazi party. A march for which Wessel had written the lyrics was renamed in his honor and became the official anthem of the Nazi party, which Hitler described as “a battle hymn for millions.”

Goebbels himself eulogized Wessel in his newspaper, Der Angriff, in overtly Christian tones:

“A Christian Socialist! A man who calls out through his deeds: ‘Come to me, I shall redeem you!’... A divine element works in him, making him the man he is and causing him to act in this way and no other. One man must set an example and offer himself up as a sacrifice! Well, then, I am ready!”

As Hitler and the Nazis used Wessel to cultivate and incite fascists and lumpen elements of society against socialism and the working class, Trump, Gosar and the rest of the Republican Party, who continue to back the big lie of a stolen election after the failure of the January 6 coup, are elevating Babbitt into a martyr of the “America First” movement.

The line from Trump and Gosar is that Babbitt was innocent, because January 6 itself was not a coup, but simply a “free speech” demonstration in support of “election integrity.” This is why Gosar, and fellow “America First” fascist lawmakers, like Marjorie Taylor Greene (Georgia) Andy Biggs (Arizona) and Mo Brooks (Alabama), all of whom participated in Trump’s coup plots and voted against certifying Biden’s victory, claim that the militia members imprisoned for their actions on January 6 are “political prisoners” and should be set free.

Continuing to agitate against the election results and the legitimacy of Biden’s presidency, Trump announced last week that a “Big Michigan Rally” would take place in Lansing at the state Capitol on Tuesday, October 12. Last April, fascist militia members, on the orders of Trump and Republican billionaires, who would later participate in the kidnapping plot against Michigan Governor Gretchen Whitmer, stormed the building in a prelude of the attack in Washington D.C. on January 6.

In his statement issued last week, Trump called on “Patriots” to rally in Lansing and “demand a Forensic Audit of the 2020 Presidential Election Scam. The Voter Fraud is beyond what anyone can believe.” Trump listed the names of several Republican Party officials, including representative Steve Carra, aspiring Michigan attorney general Matthew DePerno and Kristina Karamo.

Carra, DePerno and Karamo have all been endorsed by Trump. All have falsely claimed that Trump won Michigan (he lost by 155,000 votes) and all have challenged the legitimacy of Biden’s victory.