“At least half the battle is at home”: The domestic considerations behind the US provocations against China- By Andre Damon

The United States is systematically working to provoke an escalation of tensions with China over Taiwan. 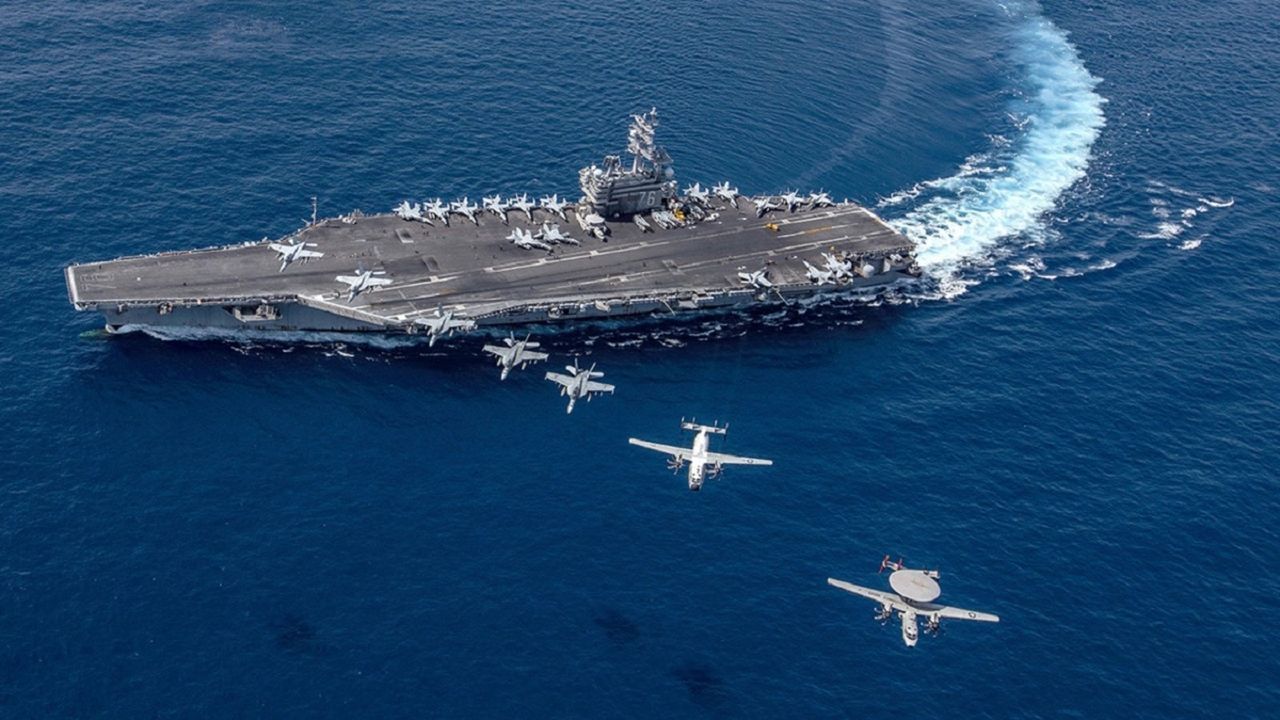 On Wednesday, the Wall Street Journal reported that US troops have been stationed in Taiwan, which China considers part of its territory, for over one year. The Journal’s revelations, which Chinese officials saw as being a semi-official announcement by the US government, came amid the most dangerous standoff between the US and China since the 1958 Taiwan Strait Crisis.

The US Navy has been carrying out major war games near Taiwan, following the announcement of the alliance between Australia, the UK and the US (AUKUS), which includes providing Australia with nuclear-powered submarines.

These developments followed the revelation in March that the United States is in active discussions to station offensive missiles on the “first island chain” off the Chinese mainland, including Okinawa and Taiwan.

In 1962, when the Soviet Union stationed missiles in Cuba, a sovereign country nearly 100 miles from Florida, the United States declared that the USSR must either remove the missiles or face war. Today, Washington is stationing troops, and possibly offensive weapons, on territory claimed by China just minutes of flight time from China’s most populous cities.

The response in China gives a sense of the potentially massive consequences of the United States’ actions. The Global Times, which speaks for dominant sections of the Chinese political establishment, called America’s actions tantamount to an “invasion” in an editorial Friday.

It is clear that the Biden administration is trying to goad China into some sort of response, provoking an incident that can be seized on to create a de facto state of war. The US may not want a full-scale conflict involving nuclear weapons, but war has a logic of its own once provocation turns into an exchange of arms.

What is behind these extraordinarily reckless actions? There are certainly the geopolitical imperatives of American imperialism, and China has become a central target of US war planning over the past decade. The military considerations, however, are not the only ones dictating the situation. A major factor is the US domestic political crisis.

Twenty months into the global COVID-19 pandemic, the United States is a social powder keg. More than 725,000 Americans have lost their lives to the pandemic, or one out of 500 people. Prices are rapidly rising amid a widespread labor shortage. Workers in industries throughout the country are beginning to demand pay and benefits commensurate with the increased cost of living.

These demands are coalescing into a nationwide strike movement. Despite the efforts of the corporatist unions to suppress all opposition in the working class, there have been strikes in recent weeks of Kellogg’s cereal workers, nurses in New York, distillery workers in Kentucky, and carpenters in Seattle. There is seething anger among auto and auto parts workers, who are rejecting contract after contract brought back to them by the unions.

Over the past year and a half, the American ruling class, as it implemented a policy of mass death, has handed itself trillions of dollars, inflating a massive stock market bubble that can be sustained only through the relentless increase in the exploitation of the working class.

Throughout history, and particularly in the 20th century, governments have seen war as a means of enforcing “national unity” in the face of mounting political opposition. In 1967, historian Arno J. Mayer noted, in an article “Domestic Causes of the First World War”:

During the decade, including the weeks immediately preceding July-August 1914, the European nations experienced more than routine political and social disturbances. Even Britain, that paradigm of ordered change and constitutionalism, was approaching the threshold of civil war.

This growth of social tensions, Mayer noted, “inclined the governments to push [military] preparedness and diplomatic obduracy as part of their efforts to maintain a precarious domestic status quo.”

So, today, under conditions of deepening social, political and economic crisis, dominant sections of the American ruling class see a conflict with China as a mechanism for enforcing “national unity,” which means, in practice, suppressing and criminalizing domestic opposition.

This view is spelled out by Financial Times columnist Janan Ganesh in a February 20201 column titled, “America’s best hope of hanging together is China.” Ganesh concluded, “Without an external foe to rail against, the nation turns on itself,” adding, “only an external foe” can end the “age of discord.”

In June 2019, the former intelligence officer and current transportation secretary Pete Buttigieg made clear that a common external enemy would serve as the basis for “national unity” and the “battle” at home. “The new China challenge provides us with an opportunity to come together across the political divide,” he said. “At least half the battle is at home.”

The First and Second World Wars were accompanied by systematic censorship in the United States and the imprisonment of left-wing opponents of capitalism. In 1918, socialist Eugene Debs was sentenced to 10 years in prison for his opposition to World War I. In 1941, 18 members of the Trotskyist Socialist Workers Party were sentenced under the Smith Act to between 12 and 16 months in prison.

More recently, the attacks of September 11, 2001 were utilized to implement far-reaching attacks on democratic rights under the framework of the “war on terror”: the Patriot Act, Guantanamo Bay, domestic spying, and other measures aimed at erecting the apparatus of a police state. As the WSWS noted at the time, the ruling elite “seized on the tragic events of September 11 to realize their political agenda at home, just as they are using them to launch a US military intervention in oil-rich Central Asia.”

And what has happened over the past twenty years? Social inequality has grown to new heights. The American ruling class, in the form of the plots of Trump, has raised the prospect of a fascistic dictatorship. The criminality of the oligarchy, under both the Democrats and Republicans, has led to a level of death from the pandemic that is staggering.

The working class must be on alert. The pandemic has made clear that the American ruling class is capable of sacrificing hundreds of thousands of lives to achieve its goals. If the deaths of millions of people in war is the “least bad” of several unfavorable options for the ruling class, these deaths will be tolerated.

All over the world, workers are entering into struggle to demand the end of decades of falling or stagnant wages, horrendous and worsening working conditions, and an end to the pandemic. These struggles must be connected to the fight against imperialist war, the plots against democratic rights, and opposition to the entire capitalist system.