The British government intends to stop all investigations into crimes carried out by British forces during and after Northern Ireland’s three decades of armed conflict known as “The Troubles”. The move, announced in a parliamentary command paper “Addressing the Legacy of Northern Ireland’s Past”, has been analysed by a team of Northern Ireland academics and deemed more wide-ranging than that offered to Chile’s military in 1978 under the bloody dictatorship of General Augusto Pinochet. 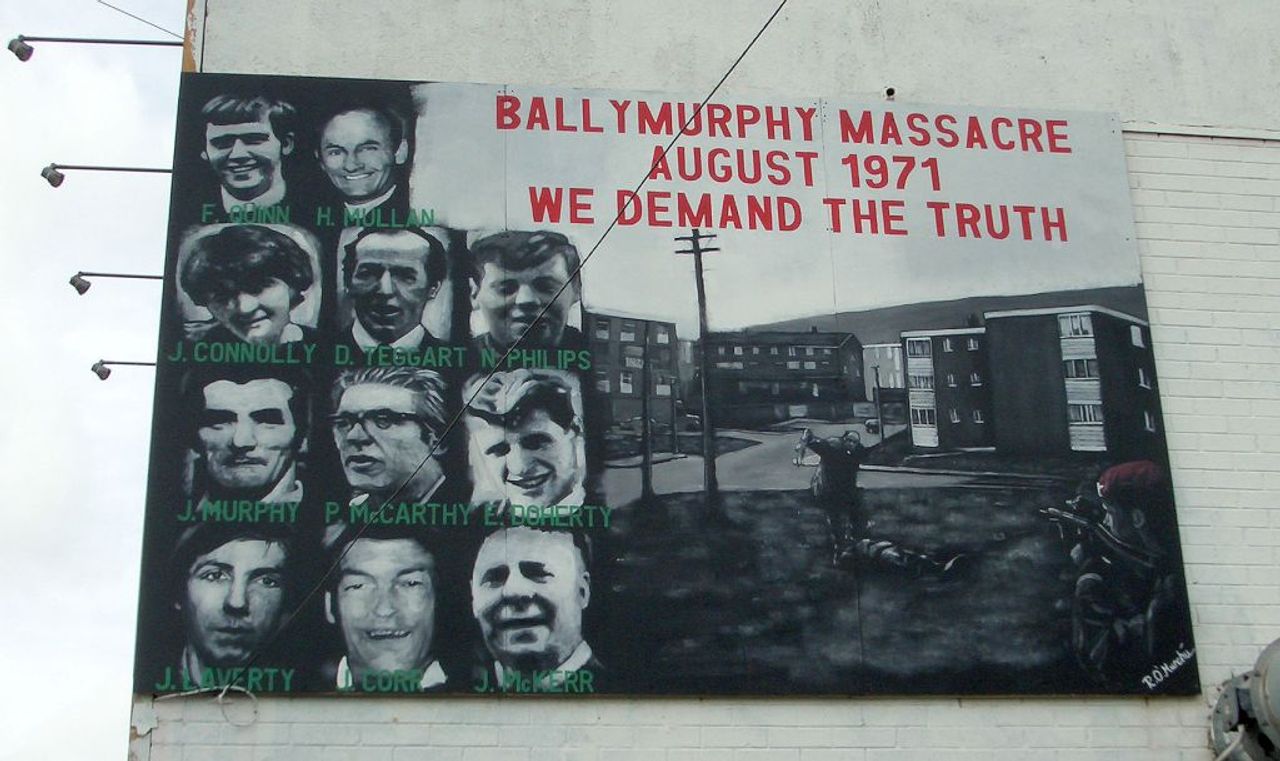 A mural in Belfast commemorating the victims of the Ballymurphy Massacre in 1971, when 11 unarmed civilians were killed by British soldiers. (Credit: photograph of work by public artist R. Ó Murchú--Flickr PPCC Antifa)

The proposal amounts to an unconditional amnesty for British agents, informants and services personnel, as well as members of paramilitary groups, and seeks to draw a legal veil over the role of the British government and its intelligence services during the decades long dirty war in its oldest colony. Should the paper become law, the only people at risk of prosecution from further investigations are those seeking to place new information in the public domain.