Is Sri Lanka a Sovereign State or a colony of the mighty nations? - S.M.M.Bazeer

In Sri Lanka, the political parties and the media are vigorously gearing up well ahead of the debate on the OHCHR’s resolution in the Sri Lankan Parliament.

The US sponsored OHCHR resolution on war crimes and a violation of human rights, a long awaited resolution, finally reached its niche and covert objective, with the full and unreserved support of Sri Lanka.

The resolution has now landed on the tables of the Sri Lankan Parliament, pending a hot debate in a matter of days, when the shadow boxing will soon culminate in naming and shaming those who are opposed to the resolution and of course those who are alleged to have committed war crimes and serious human right violations.  The LTTE who were the lapdog of India and the west at one point in time, will no longer have to stand on the dock and face the dispensation of justice as their top leaders have perished in the last war.


It is now a disgrace that the UNP and the SLFP, in a national, or rather a hybrid government, are to see a domestic mechanism develop into a foreign dominated mechanism without the so-called “hybrid” mechanism.

For the first time since Independence, neighbouring India tempered with Sri Lankan sovereignty by training and arming the Tamil Youths from the East and North of Sri Lanka, and then using them to wage a proxy war against the Sri Lankan nation to consolidate its geo political interest rather than dividing the country. The ethnic riots in Sri Lanka against the Tamils in the South in 1983 gave India a greater opportunity to assert its position as a mighty bullying neighbour over Sri Lanka. India violated the air space of Sri Lanka by dropping “Parippu pottalam” (Dhal package), thus signalling to the Sri Lankan government that they would not hesitate to drop bombs in the South.

With the foreign intervention 1987, the 13th Amendment was incorporated into the Sri Lankan constitution. JR handed the sovereignty of the nation and the people to India. The Indian Army landed in the North and the East and took control of a segment of the Sri Lankan State with anti Sri Lankan Tamil para military forces.  It was fortunate that the heads of states changed both in Sri Lanka and India and the Indian forces were called back to India by the then Indian premier, V.P.Singh.  The sovereignty of the Muslims and the Sinhalese in the North and the East provinces were decapitated from the rest of Sri Lanka, by the Indian Forces.  There were instances where the majority of the Tamils also subsequently turned against the Indian Army and lodged complaints with the Sri Lankan authorities.

It is widely discussed whether the outcome of the investigation will put MR and other top brasses in the gallows or electric chairs. The politicians do not appear to have the faintest inkling of what method of punishment will befall those who would be found guilty of war crimes and serious human right violations. The method of punishment is always referred to by the politician, who try to portray the gravity of the punishment for the alleged war criminals is electric chairs. But what is not in the public domain is whether the sovereignty of the people is parted with by the foreign judicial officials, who have no legitimate right to share our sovereignty.

The Norwegian sponsored CFA (Cease Fire Agreement) is another form of interference by European nations backed by many European countries (the Scandinavian countries) in general and the West   in particular.  The Tamil Diaspora in Europe was the mastermind behind the engagement of Norwegian involvement but in terms of international norms, the Norwegian government embarked on a diplomatic arrangement with the Sri Lankan government after extensive homework.  Like that of the Indo-Lanka accord, the CFA ignored the Muslims and the Sinhalese in the North and the East.

For the third time, Sri Lanka is now coerced by the Western powers through the OHCHR resolution to part with its judiciary, thus paving the way for the disintegration of its sovereignty.  This begs a huge question;  Does the OHCHR sponsored intervention into the country’s legal system make the country a colony of the West?

“The new government has turned us into a satellite of the West. We are becoming a semi-colony. According to Mao, a “semi-colony” is distinct from a “colony” because a colony has one colonial power while a semi colony is shared by a few or several (as was China in the late 19th and early 20th centuries). Sri Lanka is now a semi-colony of the West and India.” Dayan Jayathilake points out in one of his recent articles, that Sri Lanka is becoming a  “semi –colony” , in line with the perspective of Mao. It is irrefutable that the proposed mechanism of OHCHR is the hallmark of colonialism.

This colonial intrusion is not unprecedented, nor will it cease; OHCHR has proposed to abolish the Presidential Commission to investigate into Complaints regarding Missing Persons. The challenge the government is now facing is how and when they would officially repudiate the reports of the Chairman of the Commission, Maxwell Paranagama on the “orders” of  The United Nations High Commissioner for Human Rights.

It is quite evident that most of those who are affiliated with INGO’s irrespective of whether they are Sinhalese, Tamils or Muslims, toe the mark of their counterpart Western mentors and justify the engagement of foreigners in the judicial system and subscribing to the view of OHCHR that the legal system in Sri Lanka is lacking credibility, and making public statements.  All Tamil civil societies and Tamil Christian authorities are very much in favour of foreign judicial engagement.

It is in this background a group of 71 Sinhalese university academics have issued a public statement expressing their opposition to the involvement of foreigners in the accountability process.  It is unfortunate that not many Tamil or Muslims oppose any kind of Western or foreign interference into the sovereignty of the people of Sri Lanka.

TNA’s stand on the resolution is crystal clear that they wanted to punish those who committed war crimes but they played down domestically that they would like to see reconciliation at the end of the investigation.  The issue of punishment is not a part of the resolution but those who have followed TNA’s sinister politics would not be surprised by what motive is hidden behind the announcement of reconciliation.

As far as the SLMC is concerned it is the only Muslim political Party that welcomed the resolution but without any shame accepts the resolution’s ramification from the defeat of the LTTE which depopulated the entire Muslim population from the North and killed many of them in the East. The report of OHCHR   does not refer to the killings of the Muslims in Muter and Valaichchenai during the time of ceasefire with the LTTE in 2002, whereas it mentioned the killings of the Action Contra Farm (ACF) farm workers and the students in Trincomalee.

It is learnt that the SLMC had not submitted any report to OHCHR in respect of the human right violations committed by the LTTE on the Muslims during the Ceasefire period, but rather they handed over a 50 pages report to the former United Nations High Commissioner for Human Rights, Naveempillai in respect of the violence committed by the Sinhalese in the south against the Muslims and the Christians during the period of January 2013 to December 2013.

It is in this context, it is obligatory on all Sri Lankans to ensure whether the engagement of foreign lawyers, judges and prosecutors will prove detrimental to the sovereignty and independence of the state. 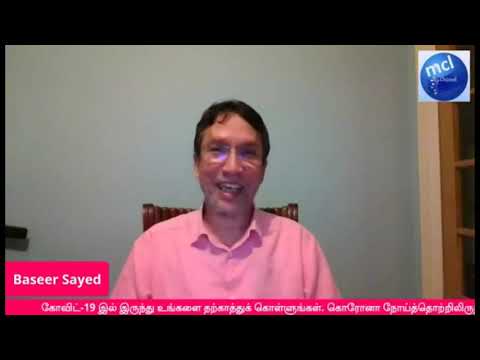