We are pleased to inform you that Mr.Sajjid Karim , a member of European Parliament has written a letter the European Commissioner on Sri Lanka. It is encouraging that we have a MEP to air our grievances in the European parliament. He is committed to the promotion of democracy and pluralism in Sri Lanka. We reproduce his letter below with our emphasis and kindly request all of you to make your representations to him to show our solidarity.


For and on behalf of SLMIC (UK) 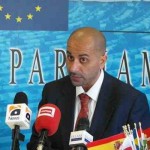 I am writing to follow-up on a question I posed to the Commission in
Parliamentary Question Time, on Tuesday 17 January 2006, regarding the
current state of the peace process in Sri Lanka. I understand that you
were unable to attend this session, due to other commitments, and
appreciate the answer provided by your colleague, Commissioner Kovacs.
However, as Mr Kovacs was unable to provide a full and detailed
response to the supplementary question I posed, I would like to take the
opportunity to outline my concerns to you and look forward to receiving
a detailed response.

I understand that Sri Lanka is a personal priority of yours and find
your dedication to making progress on this issue commendable. It is an issue
which I find myself becoming more and more involved in as it finds
parallels with the work that I have done, for instance, on Kashmir and
Israel-Palestine. It is also an issue, which has captured the attention
of my constituents and I now receive weekly correspondence from activists
and campaigners from all sides of this multi-faceted conflict.

The destruction wrought by the December 2004 tsunami, grabbed the
attention of the world and put Sri Lanka firmly on the socio-political
radar. Reconstruction work continues to take place, but not at a pace
to match the needs of those affected. Nearly a year on, government
bureaucracies and delays in international financing have left most of
the displaced still in temporary shelters. These efforts have also been
clearly hampered by a worsening human rights situation in Sri Lanka and
a succession of political killings that by June had reached the alarming
level of one per day. The EU must engage all parties on a humanitarian
level and put pressure on both main parties to declare a moratorium on
the violence for the duration of the reconstruction process and the LTTE to
abstain from the threat of war as a negotiating tactic.

Many feel that the post-tsunami political environment offered a unique
opportunity for peace building and reconciliation, for those most
affected by the country's protracted civil war. This opportunity seems to have
been wasted as sectarian interests hijacked aid distribution mechanisms,
compromising the modest successes of the post-tsunami recovery and
rehabilitation effort. The Post-tsunami Operations Management Structure
seemed flawed from the outset by the failure to address the diverse
needs and aspirations of all affected communities, particularly those of the
Muslim community and Eastern Tamils. Nearly half the victims of the
tsunami were Muslims, yet they were not a full party to the
negotiations of the Joint Mechanism. The Tamils cannot be regarded as synonymous
with the LTTE and consulting the LTTE does not equate to consulting the
Tamils of the North and East. This is a crucial error in the light of reported
complaints by tsunami-affected Tamils in the North that they have not
been receiving the aid collected on their behalf by the LTTE.

I welcome the Commission's pledge to develop an alternative base to
deliver reconstruction to the north and east to compensate for the
absence of consensus between the key players. First and foremost in this
endeavour must be an effort to obtain assurances and commitment, from all
parties, for the protection the civil and political rights of all individuals
and political organizations working in the reconstruction effort and
respect for the right to free _expression and free association. More
specifically, any new scheme must recognise and rectify the shortcomings of the Joint
Mechanism. Certain protections for the Muslim community are currently
in place, through a process by which decisions can be challenged. However,
the interests of the Eastern Tamils are not similarly protected. Tamils
in the East have increasingly taken an independent stand against the
northern LTTE, at great risks to their lives. This protection for these
marginalised and disenfranchised communities needs to be strengthened
through offering them a much more active and consultative role, which
will simultaneously act as a confidence building measure as we try to move
forward with the peace process. There must be guarantees that any new
scheme for post-tsunami assistance will not become yet another vehicle
for repression and exploitation.

Contrary to early predictions from NGOs, following the tsunami, the
LTTE's practice of recruiting child soldiers decreased during the first half
of 2005. However, the practice increased significantly in the later part
of the year, with UNICEF recording over 483 cases of child recruitment,
139 of which were in July alone. Bearing in mind these disturbing
statistics and, as the Austrian Presidency has highlighted, the priority in EU
human rights policy is the protection of advocates of human rights and of
children in armed conflicts, notably the implementation of the EU
Guidelines in this regard, the EU must do all it can to reinforce the
2003 action plan, signed by the LTTE and the Sri Lankan government, and see
to it that the LTTE abide by their agreement to release children from its
forces.

As the Commission points out, "what we are seeing now is a dangerous
spiral." Aside from the military losses sustained by the Sri Lankan
Government, which the Commissioner outlined in his initial response to
me, an estimated 200 Tamils have been killed for apparent political reasons
and, as of September 2005, the SLMM had received 1,466 reports of
abductions, 641 of which it recorded as violations of the Cease-Fire
Agreement. In this context, many human rights defenders, particularly
Tamils in the North and East have been forced to stop work, or going
underground. Support for human rights defenders is a long established
element of the European Union's human rights external relations policy.
In the EU's Guidelines in this area, it states that "it is important to
ensure the safety and protect the rights of human rights defenders." In
this light, does the Commission have any concrete proposals to ensure
that the individuals and organisations, who are risking their lives to raise
human rights issues at the grass roots of Sri Lankan society, will be
protected in the current, violent, political climate?

As the parties have announced their commitment to re-examine the
Cease-Fire Agreement, the Commission must take steps to strengthen
respect for it by all parties to the conflict. The deterioration of the
ceasefire can be traced to the withdrawal of the LTTE from formal talks in April
2003. Following its withdrawal, the LTTE escalated its campaign of
political killings and insisted that negotiations resume on the basis
of its proposal for an interim administration. Had the peace talks
continued, the advisor on human rights to the peace process, Ian Martin, would
have presented a draft human rights agreement at the next session. The
absence of a concrete human rights agreement has been a fundamental flaw in the
Sri Lankan peace process and has allowed the escalation in human rights
violations during the ceasefire. Indeed, the large majority of the
ceasefire violations are human rights violations against civilians.
Such an agreement would be a critical step in ensuring the rights to life
and freedom of association that have been denied during the conflict, but
that could be respected by the warring parties to demonstrate their
commitment
to peace. As the peace process moves forward, past abuses and questions
about impunity could be addressed. I must take this opportunity to
underscore the vital need for a Human Rights Agreement that will put
human rights back at the heart of this peace process, which is facilitated by
an independent monitoring mission that compliments the agreement on the
ground. Such a mission could be led by the EU and should be empowered
with enforcement mechanisms. To me, this seems wholly in line with the more
effective integration of human rights into the EU's approach to crisis
management situations, which the Austrian Presidency has highlighted as
one of its priorities for the next six months.

Furthermore, this seventh session of talks was to "expand some
preliminary issues and a framework for political matters into a complete plan" and
move closer to discussing a permanent political solution which,
according to the Oslo agreements of 2002, committed the LTTE to exploring a
federal political solution. The LTTE has always avoided redressing the root
causes of the conflict. Instead, it has used the threat of war to consolidate
its control over the North and East and to entrench its ad hoc and interim
mechanisms. Similarly, the Government of Sri Lanka has also failed to
develop a consensus for a permanent political solution. The
international community's commitment to the peace process and the principles
underlying its support were stated in the Tokyo Declaration of June 2003. However,
neither the Sri Lankan Government nor the international community have
backed their commitment with the political will necessary to ensure the
Declaration's relevance to the peace process. The breaks in the talks
and the overall lack of continuity in the peace process have undermined the
confidence of ordinary Sri Lankans and those communities that were not
included in the peace talks.

While ceasefires involve the armed parties, a peace process and a
permanent political solution must involve all the people of Sri Lanka.
It is therefore critical that any recalibration of the peace process
should seek the inclusion of all communities and political organisations in
Sri Lanka. The peace process will only be durable if all legitimate
stakeholders are involved, either directly or through a process of
consultations. This is of particular importance now there is vocal
opposition to the parties to the peace process and conditions ripen to
alienate further sections of the population.

This principle of inclusiveness should be extended to the international
supporters of the peace process, who need to abide by their support for
the Oslo Declaration and commitments to the Tokyo Declaration. It is
time for the Co-Chairs to transform their role through constructively and
critically engaging all parties. Democracy and human rights are the
twin pillars of any real and just peace. Possibly the most persistent attack
on democracy has been the LTTE's claim to "sole representation", through
which it refused any independent Tamil and Muslim participation in the
peace process. A major omission of the international community was
their reluctance to reject this undemocratic claim to sole representation. I
welcome your personal commitment to meet with Mr Pirapaharan, but urge
you also to meet with the leaders of other Tamil, Muslim and Sinhala
communities, who are in closer contact with the people on a ground
level.We must not underestimate the impact of confidence-building measures,
from the grassroots up, to compliment the talks conducted by the key
political actors.

Three and a half years ago the people of Sri Lanka were encouraged to
support the peace process because of the third party facilitation and
its internationalised character. After decades of conflict, ordinary Sri
Lankans were given a renewed hope that Sri Lanka would emerge from its
history of violence and militarisation. Now, as the EU, as Co-Chair,
reconsiders the peace process, I urge you to take my thoughts and ideas
on this issue into account and ensure that we move forward on the basis of
a principled peace process, which enshrines democracy and human rights.

I look forward to receiving your response and to building a closer
working relationship with you on this, and other issues of mutual interest.