Altaf Ahmad Shah, a close associate and son-in-law of late Hurriyat stalwart Syed Ali Geelani, lost his battle with cancer a few days after being shifted to AIIMS for treatment. 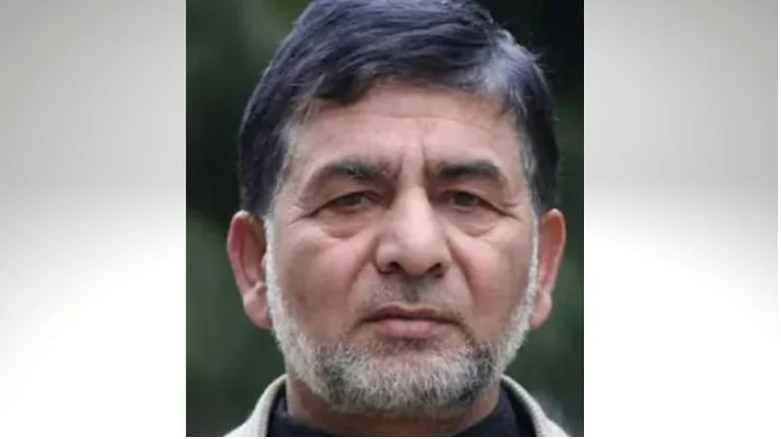 Srinagar: Senior Hurriyat leader Altaf Ahmad Shah, who was lodged in New Delhi’s Tihar jail, passed away at All India Institute of Medical Sciences (AIIMS) in the wee hours on Tuesday, his family said.

The 66-year-old, a close associate and son-in-law of late Hurriyat stalwart Syed Ali Geelani, lost his battle with cancer a few days after he was shifted to AIIMS for treatment. He was earlier admitted at Ram Manohar Lohia hospital in the national capital, where his condition deteriorated rapidly, following which the Delhi High Court ordered his transfer.

Shah was diagnosed with renal cancer, which had metastasised and spread to other body parts, including bones. His family had made claims that they were informed late about Shah’s ailment. His daughter also made fervent appeals to the government to release Shah on health grounds.

Shah, who was part of the Geelani-led All Parties Hurriyat Conference (APHC), was arrested among other key Hurriyat leaders in July 2017 in an alleged terror funding case being investigated by National Investigation Agency (NIA). He had been imprisoned at Tihar jail since 2017.

He is the third top Hurriyat leader to have died in prison since last year. Earlier on May 5 last year, Hurriyat chief Mohammad Ashraf Sehrai died as his condition deteriorated in Udhampur jail. The family of the 78-year-old also accused the jail authorities of ignoring his worsening health condition. Later in September, Shah’s father-in-law and the most influential Hurriyat leader in the region, Syed Ali Geelani, who was 92-year-old, died at his residence after remaining under house arrest for more than a decade.

The APHC urged the Government of India to immediately grant Shah bail on humanitarian grounds and let his family take care of him as his “condition is critical, requiring immediate medical attention.”

The APHC also claimed that the political prisoners, including Hurriyat leaders and activists lodged in various jails across India since 2017 and before, have developed severe health problems due to long-term incarceration. “As a result, their conditions have worsened, due to neglect and lack of medical treatment,” the coalition of separatist parties said in a statement.

Almost all the separatist leaders and activists were jailed by the authorities ahead of New Delhi’s decision to abrogate Articles 370 and 35A on August 5, 2019. Many of them, including the Hurriyat chairman Mirwaiz Umar Farooq – confined to his Srinagar residence – have remained imprisoned since then.

Shah lived in Srinagar’s Soura area and is survived by his wife, who suffers from a heart ailment, his daughter Ruwa and his son Anees-ul-Islam. In October last year, the Lt Governor Manoj Sinha-led government in Jammu and Kashmir sacked Anees from his government job on charges of being a threat to the security of the state. He was removed from the post of a research officer at Sher-i-Kashmir International Convention Centre (SKICC) in Srinagar, a move many claimed was ‘arbitrary’.

Shah’s death was also condoled by Jammu and Kashmir People’s Conference leader (JKPC) Sajad Gani Lone and National Conference (NC) spokesperson Imran Nabi Dar, among others. In its statement, the Mirwaiz-led APHC accused the authorities of putting Shah in jail over ‘false charges’.

“Altaf Ahmad Shah struggled all his life and fought till his last breath. We pay our humble tributes to his life and dedication to the cause of millions of Kashmiris,” APHC said.

Shah, who was an advocate of Jammu and Kashmir’s ‘freedom’ from India, was jailed several times since his activism during his school days. An ardent supporter of Geelani, he was married to Geelani’s daughter and became one of the influential leaders in Hurriyat, especially after the outbreak of armed insurgency in Kashmir. Shah may not have been a mass leader, but he was important and instrumental in decision-making within the Hurriyat circles.

Soon after his death, many of his supporters and relatives reached his Srinagar residence, where they have been waiting for his body – a video of which was also shared on social media.

“We have been waiting calmly at AIIMS mortuary. Nobody from police or Magistrate (Sana Khan – who was asked to be here for the body to be released) is here yet. The delay will worsen the situation. Have to be at airport 3 hours prior to last flight at 18:30,” Ruwa tweeted.