Jai Bhim: My Judgements in the Light of Ambedkar On November 2, 2021, the most popular term in Wikipedia searches worldwide was Jai Bhim - By Justice K Chandru 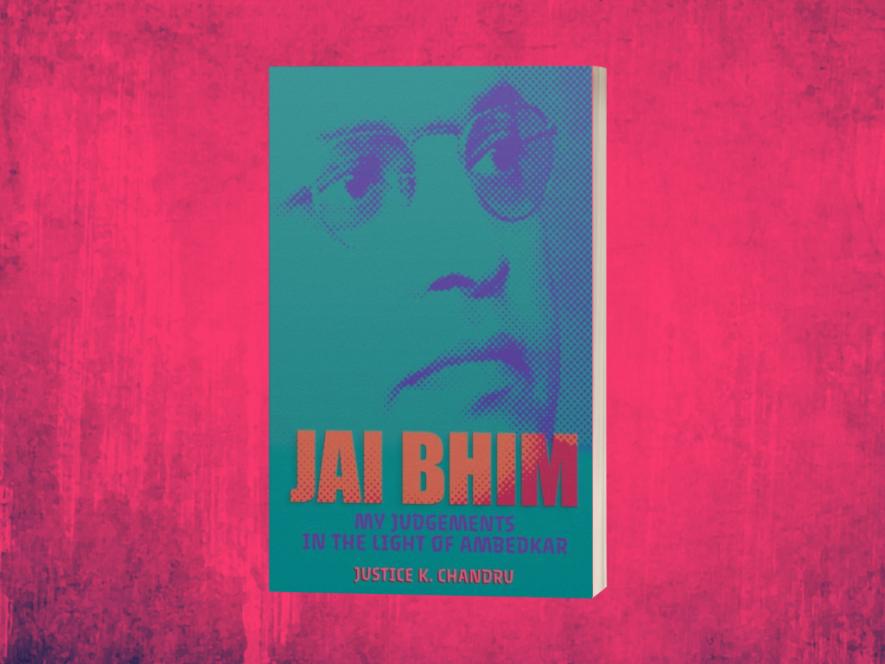 On November 2, 2021, the most popular term in Wikipedia searches worldwide was Jai Bhim: this accompanied the release of the eponymous Tamil film based on a case fought in 1993 by K. Chandru, then a lawyer. My Judgements in the Light of Ambedkar draws on cases heard by Justice Chandru during his years on the bench of the Madras High Court, from 2006 to 2014. Apart from his probity, efficiency and aversion to pomp, Justice Chandru’s reputation is one of a judge who regarded the court as more than a dispenser of rulings. It was a partner in the quest for justice, with a duty to stand by the excluded and the oppressed, giving them hope.

Frequently linking instances of atrocity and discrimination in present-day India to the experiences of B.R. Ambedkar, Justice Chandru views the cases before him in the light of Ambedkar’s writings as also in the global dimension of the struggle for a just world, as the following excerpt shows.

Rosa Parks (1913–2005) lived in the state of Alabama, USA. In the city of Montgomery, sixty-six years ago, this African American woman boarded a bus one winter evening on her way home from the tailoring establishment where she worked as a seamstress. She bought her ticket and, as usual, occupied a seat in the ‘coloured section’. However, the ‘white section’ was full, and she was asked to vacate her row of seats so that white passengers standing in the aisle might sit. The three other passengers with her in the row left their seats without demur, but Rosa Parks refused to oblige. She had been a member of the National Association for the Advancement of Coloured People since 1943, and today she got into an argument with the bus crew, asserting her rights. She asked why she should give up her seat when she had bought a ticket and why white passengers should have priority. Her questions were just, but neither the bus crew nor the white passengers wished to speak further with Rosa Parks. The police were called to deal with this troublemaker. They arrested her.

Refusing to accept blatant racism, Rosa Parks did not give up. She canvassed the support of the black population of Montgomery, who rose up to oppose the racist establishment. They took an oath to stop travelling by bus. Instead, they began walking to their workplaces, which dealt a severe blow to the earnings of the municipal bus company – African Americans comprised some 70 per cent of its ridership. Martin Luther King, Jr (1929–1968), who later became a well-known civil rights leader, was an evangelist at the time. He joined the Montgomery protest. As the protesters gained in strength from day to day, spreading out from Montgomery to other cities and eventually the entire country, the system of racial segregation in public areas and amenities came under increased moral pressure, quite apart from the steep decline in income at segregated establishments – whether restaurants, swimming pools or public transport – amid a continuing economic boycott. Three hundred eighty-one days after the protest had begun, on 20 December 1956, the authorities at Montgomery were forced by a court order to end segregated bus seating.

One might ask what the relevance of Rosa Parks’ story is here. In India, we have casteism, which is increasingly recognized as analogous to racism. This was the contention of Dalit activists at the World Conference against Racism, Racial Discrimination, Xenophobia and Related Intolerance, held at Durban in 2001. At the time, the activists were widely condemned in India, but the world is growing increasingly aware of the scale of the caste problem and how its practice is akin to racism. In 2013, the European Parliament declared caste discrimination a global evil, laying on its 28 member states the responsibility to combat it. There was a discussion on passing a law equating casteism with racism in the British parliament. In 2018, the Theresa May government caved in to pressure from groups representing upper-caste Hindus and backed out of enacting a law against caste discrimination, but international recognition of the problem continues to grow. Between 2019 and 2021, Brandeis University, Massachusetts; Colby College, Maine; and University of California, Davis, have included caste among the officially recognized forms of discrimination.

Despite being illegal, there is often collusion on the ground between dominant caste groups and the administrative machinery in denying Dalits access to public services. Sivanthipatti is a village 13 kilometres from Tirunelveli in southern Tamil Nadu. There are daily bus services between Tirunelveli and this village. Farmers use the service to transport agricultural produce to the town. Also, students from the village travel to schools and colleges in the Palayamkottai area of Tirunelveli. Entering Sivanthipatti, the buses would first stop at the panchayat board, then at the Amman temple stop, and last at the rice mill stop where a permanent bus shed stood. Alighting at the rice mill stop, people could go to the Dalit colony and the adjoining Kamaraj Nagar.

In 1996, the Sivanthipatti panchayat president was murdered. The story that eventually emerged was that the murder resulted from enmity within the Thevar community – who are classified with the Other Backward Classes but have a dominant position as landowners. In the aftermath, certain elements of the dominant caste indulged in violence against the Pallar community – a Scheduled Caste. Bus services to the village were stopped for a while. Later, when they were resumed, the buses took to stopping near the police station instead of reaching the rice mill terminus. The sudden change greatly inconvenienced the Dalits. Now they had to walk nearly two kilometres to reach their colony. Also, they had to carry their produce on their heads and had to use the streets in which caste Hindus lived, which further complicated their problems. They submitted several petitions to the government- owned Kattabomman Transport Corporation (KTC) officials but to no avail. They were not given any explanation for the change of terminus.

R. Krishnan, a lawyer and social worker, filed a public interest litigation regarding this matter in 1999. Notices were issued to KTC and the police department. But both parties failed to respond. Realizing the seriousness of the matter, the court examined the files and was shocked to find a letter written by Superintendent of Police, Tirunelveli district, to the Government, dated 9 March 2007.[1] It contained the following remarks by him:

If the bus is allowed to ply upto Kamaraj Nagar, Adi Dravidars of Kamaraj Nagar will occupy the seats fully leaving Thevars of Sivanthipatti without seat. This will give room for quarrel between two communities once again resulting in breach of peace.

It was found that an IPS (Indian Police Service) officer at the district level had shown caste favouritism in the matter. The court refused to allow this modern form of untouchability. I passed an order for the buses to stop at the rice mill terminus as per the earlier route. Here is an extract of my order from 2007:

Under the circumstances, it is the bounden duty of the police to educate the local people, by giving wide publicity to the public not to resort to any agitation and give protection to the Corporation to run the buses on the old route, within a period of two weeks from the date of receipt of a copy of this order.

The reasons stated in para 10 of the affidavit[2] amount to violation of Article 21 of the Constitution of India, namely, right to liberty, in not allowing the communities transport to reach their destinations.[3]

1. Normally, the high court takes 5 to 10 years with final hearing matters. We can only deal with them as and when such matters are listed. It was during the hearing from the government’s file that the letter written by the superintendent of police was discovered.2. In the affidavit filed, the Public Interest Petitioner had mentioned that due to the change of bus stop, the Dalits with all their agricultural produce to go to the market will have to walk two kilometres to catch their buses.3. Krishnan vs Govt. of Tamil Nadu & Others., W. P. No. 20298 of 1999 dated 13.3.2007.

This is an excerpt from Jai Bhim: My Judgements in the Light of Ambedkar written by Justice K Chandru and published by LeftWord Books. Republished here with permission from the publisher.

Justice K Chandru is an advocate and former judge of Madras High Court. He disposed of 96,000 cases during his tenure as a Judge. A 1993 case that Chandru argued as a lawyer is the subject of the hit Tamil film Jai Bhim (2021, dir. T.J. Gnanavel), in which his character is played by the actor Suriya. He writes in Tamil and English, and his previous book was the bestselling Listen to My Case!: When Women Approach the Courts of Tamil Nadu (LeftWord, 2021).