Biden’s claims of “genocide” in Ukraine: A pretext for war against Russia Andre Damon

On Tuesday, US President Joe Biden claimed that Russia was committing genocide in Ukraine. In a subsequent statement to reporters in Iowa, he added, “I called it genocide because it’s become clearer and clearer that Putin is just trying to wipe out even the idea of being Ukrainian.”

Biden’s accusation that Russia is engaging in genocide is aimed at poisoning public opinion and galvanizing popular hatred of Russia. It was a transparent pretext for the White House’s announcement, just one day later, that the United States would send attack helicopters and hundreds of armored vehicles to Ukraine in the largest escalation of US military involvement in the war to date. 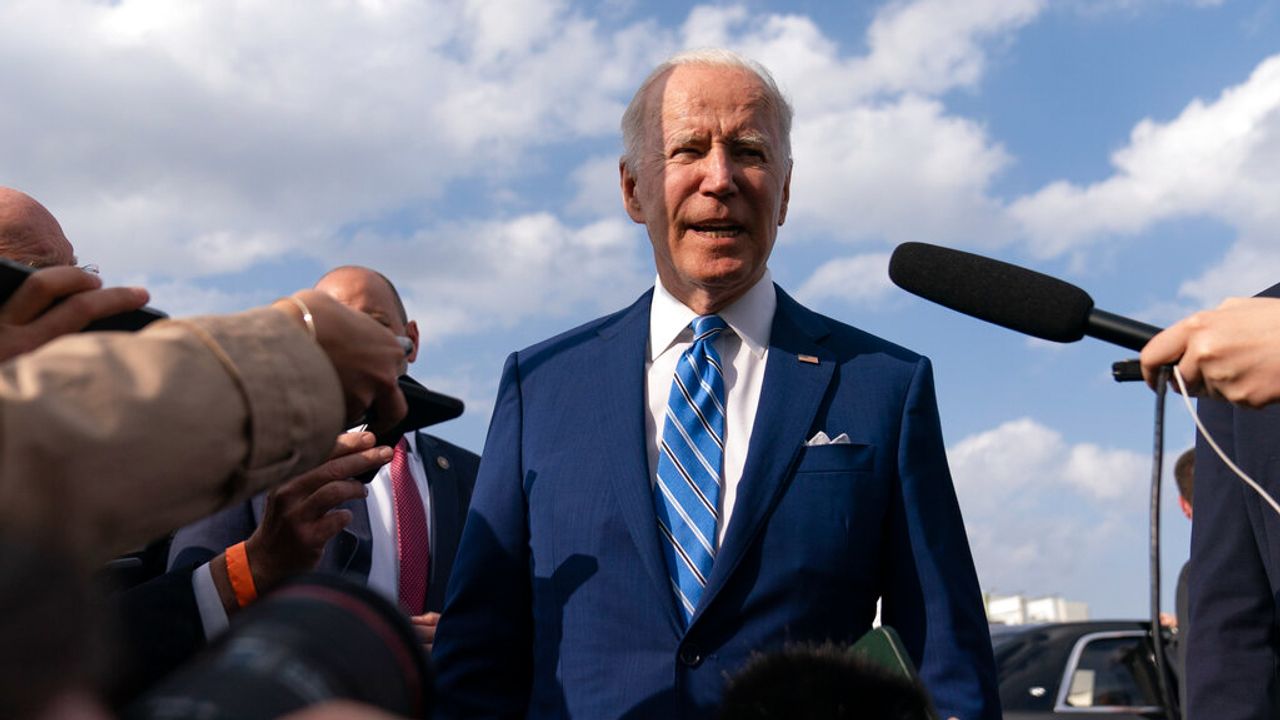 The weapons being shipped to Ukraine include 300 “kamikaze drones” known as “Switchblades,” 300 armored vehicles, and 11 Mi-17 helicopters, as well as land mines, radar, thousands of anti-tank weapons and nuclear protective equipment.

Announcing the action, the Pentagon declared, “The United States has now committed more than $3.2 billion in security assistance to Ukraine since the beginning of the Biden Administration.” This includes $2.6 billion within the past six weeks.

On Wednesday, White House press spokesperson Jen Psaki was asked, “Is it the US policy that genocide has been committed in Ukraine, or was that the president’s personal beliefs?” To this Psaki replied, “Our objective now is evidenced by the enormous package of military assistance that we put out today.”

This exchange is revealing precisely because it stands reality so neatly on its head. According to the statements from the White House, the unprecedented funneling of arms to Ukraine is a testament to how strongly the US believes Russia is committing “genocide.”

The reality is the exact opposite: The accusations against Russia are the lying justification for a policy of military escalation. First, the war plans were laid down, then the accusations were made to justify them.

The message being sent to the Russian government is that, as with similar “genocide” allegations made against Yugoslavia, Iraq and Libya, the United States is targeting it for war and regime change.

The World Socialist Web Site will write separately on the historical origins of the term “genocide.” Suffice it to say, the use of the term—which originated to characterize Nazi Germany’s systematic extermination of 6 million European Jews—to describe the events in Ukraine is a political absurdity.

As of April 3, the United Nations had reported 1,842 civilians killed in Ukraine during the war. By contrast, during the Holocaust in Ukraine, between 1.2 and 1.6 million Jews were murdered by the Nazi regime.

Even if all of the allegations by the US against Russia were true, they would pale in comparison with the massive death toll of the US invasion of Iraq, which was estimated to have led to the deaths of over 1 million people, and in which US troops were photographed committing torture, murder and countless other atrocities.

The United States is seeking to use the emotionally laden term “genocide” to create popular support for a catastrophic escalation of the war.

Similar considerations underlie the ridiculous declaration that the rapid surge in prices for basic consumer goods in the US is “Putin’s price hike.” Biden would like the American population to ignore the fact that inflation, which began to rise sharply before the war, is the product of the printing of trillions of dollars to bail out the rich.

As for the impact of the war, which has led to a sharp spike in prices for food that threaten a global famine, it is the US and the NATO powers that have worked to scuttle any negotiated settlement to bring it to an end.

While Biden did not point to what actions justified the declaration of “genocide,” his announcement was preceded by a weeklong media campaign accusing Russia of massacring civilians in Bucha, outside Kiev, and a missile attack on civilians at a train station in Kramatorsk.

In each case, there was no definitive evidence that Russia, not Ukrainian forces, were responsible for the attacks. Yet the US media have categorically declared that both actions were deliberate measures to kill civilians authorized by the Kremlin, and that Russian denials are lies.

To cite just one of countless examples, a report in the New York Times Tuesday stated that Russian President Vladimir Putin “falsely called the evidence of Russian atrocities in a Kyiv suburb ‘fake.’” On what basis does the Times make this determination, aside from statements by Ukrainian and American officials?

The United States is expanding its war aims. Commenting on the announcement of the latest arms shipment, Biden declared: “The steady supply of weapons the United States and its Allies… has helped ensure that Putin failed in his initial war aims to conquer and control Ukraine. We cannot rest now.”

Instead of merely “bleeding Russia white” through a protracted conflict in Ukraine, the United States is seeking a decisive strategic victory, one that will allow the war to spill over into Russian territory and lead to potential regime change in Russia.

There already exists a de facto state of war with Russia, with Ukraine as a proxy. Media reports have also revealed the existence of a “tiger team” within the White House planning for a direct military conflict between the United States and Russia. Speaking in Warsaw last month, Biden declared that the war would be the start of a “new world order,” which the United States would “lead.”

The Biden administration’s preparations for war are characterized by delusion and derangement. The White House believes that war is a means out of the disastrous social crisis confronting US capitalism. In reality, the war will only further intensify the crisis and galvanize social opposition in the working class.