What the WSWS wrote about the invasion of Afghanistan in 2001-wsws.org

On October 7, 2001, Washington and its NATO allies launched a full-scale military assault against the Islamist Taliban regime in Afghanistan and Al Qaeda bases in the country. 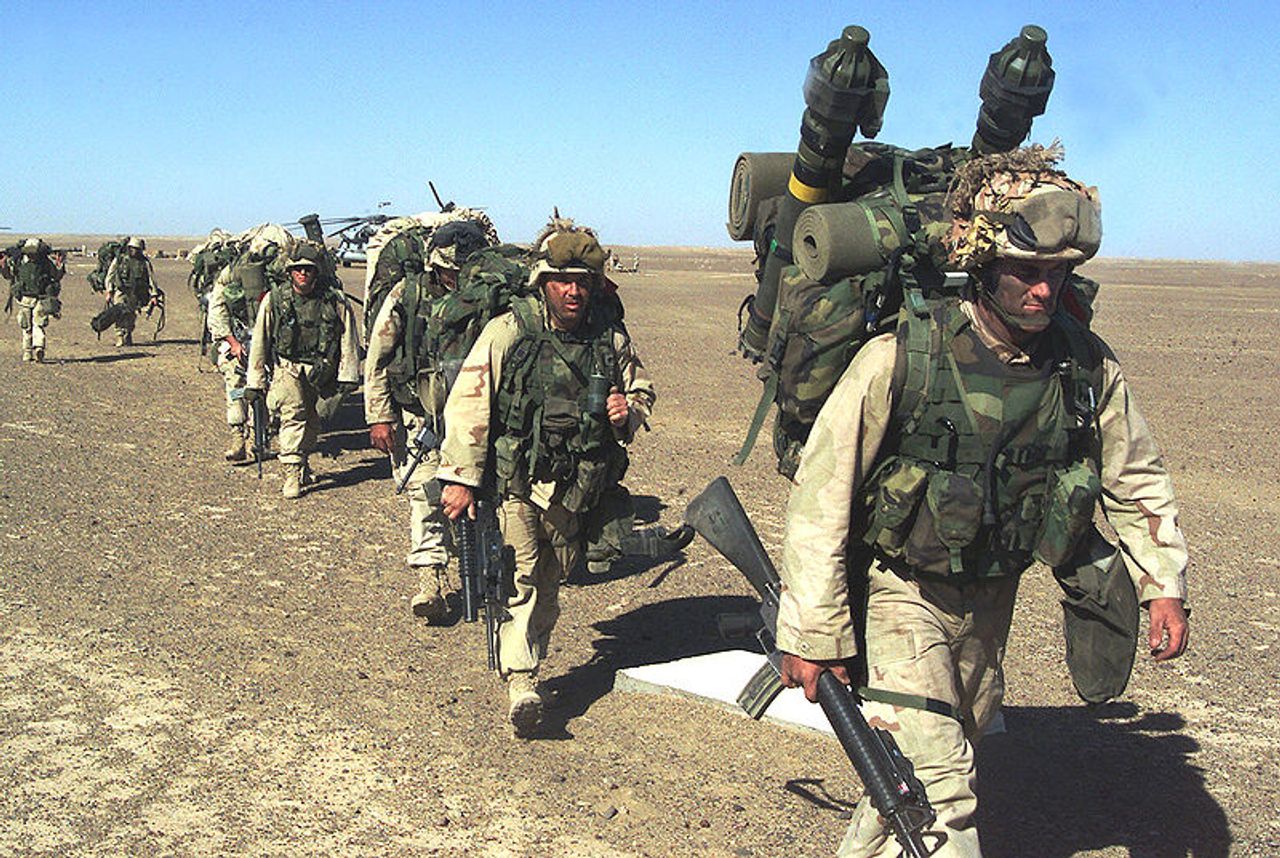 US marines deployed in the invasion of Afghanistan

From the outset of the invasion, the WSWS exposed the lies of the Bush administration that its illegal invasion of Afghanistan was an act of self-defense in response to the terrorist attacks of September 11, less than one month before.

In a statement published on October 9, 2001, entitled, “Why we oppose the war in Afghanistan,” the WSWS explained:

But while the events of September 11 have served as the catalyst for the assault on Afghanistan, the cause is far deeper. The nature of this or any war, its progressive or reactionary character, is determined not by the immediate events that preceded it, but rather by the class structures, economic foundations and international roles of the states that are involved. From this decisive standpoint, the present action by the United States is an imperialist war.

The US government initiated the war in pursuit of far-reaching international interests of the American ruling elite. What is the main purpose of the war? The collapse of the Soviet Union a decade ago created a political vacuum in Central Asia, which is home to the second largest deposit of proven reserves of petroleum and natural gas in the world.

The WSWS deepened its coverage with a historical overview of Afghanistan since the end of the Soviet occupation. Recounting the initial US support for Islamic fundamentalists such as Osama bin Laden and the Taliban, the WSWS simultaneously maintained a scathing critique of US imperialism and denounced the reactionary and ultimately pro-imperialist method of terrorism. Far from being irreconcilable opposites, the Islamic fundamentalists had a symbiotic relationship with American imperialism and served as important tools of US foreign policy.

The invasion of Afghanistan saw a further movement of pacifist and former radical “left” commentators into the camp of imperialism. Writers like Christopher Hitchens had first rallied to the cause of imperialist “humanitarian” interventions in Bosnia and Kosovo in the 1990s. Now they were using the 9/11 attacks as justification for giving the US government carte blanche to wage war against what they dubbed “Islamo-fascism.” In Germany, the Green Party, part of the coalition government with the Social Democrats, voted to endorse the war and the dispatch of German troops to join it.

As the conflict unfolded, the WSWS exhaustively reported the events of the war and the political repercussions in all the countries involved. There were articles on civilian casualties and the open repudiation of international laws and conventions, summed up in events like the massacre of prisoners of war by US and British forces in Mazar-i-Sharif, on worldwide anti-war protests, and the terrible conditions facing the population of the invaded country.

By the end of the year, the Taliban had withdrawn or been forced out of every major city. Hamid Karzai was placed in power by the occupying forces. Rather than signifying a stable situation, however, the new client state, as the WSWS explained, was riddled with rival ethnic and religious factions backed by competing foreign powers.

Far from being a self-contained episode, the invasion of Afghanistan was part of a new redivision of the world among the imperialist powers. In a commentary by Nick Beams on articles in the Wall Street Journal calling for the reestablishment of direct colonialism in “failed states” like Afghanistan, the WSWS pointed out that the subjugation of Afghanistan would inevitably lead to further conflict. Beams wrote:

The value of these articles is that they make all too clear that under the banner of the global fight against terrorism, the imperialist powers, led by the United States, are preparing nothing less than the re-organization of the world through the imposition of military power. This has immediate political consequences. Militarization of international relations inevitably implies militarization of politics at home: imperialism is incompatible with democratic forms of rule.

Furthermore they all make one significant omission as they harken back to the “glory days” of British imperialism. The carve-up of the world in the latter part of the 19th century and the first part of the 20th did not bring peace and prosperity. Rather, it led to two inter-imperialist wars, resulting in hundreds of millions of deaths, as the major capitalist powers—the US, Britain, Germany, France and Japan—inevitably came into conflict with each other in the global struggle for resources, markets and spheres of influence.