The dramatic announcement this week of the AUKUS military alliance between the US, Britain and Australia has made the fault lines of a terrible war between nuclear-armed powers explicit. Hatched in months of secret negotiations, the pact revives the World War II alliance in the Pacific against Japan—this time against China. 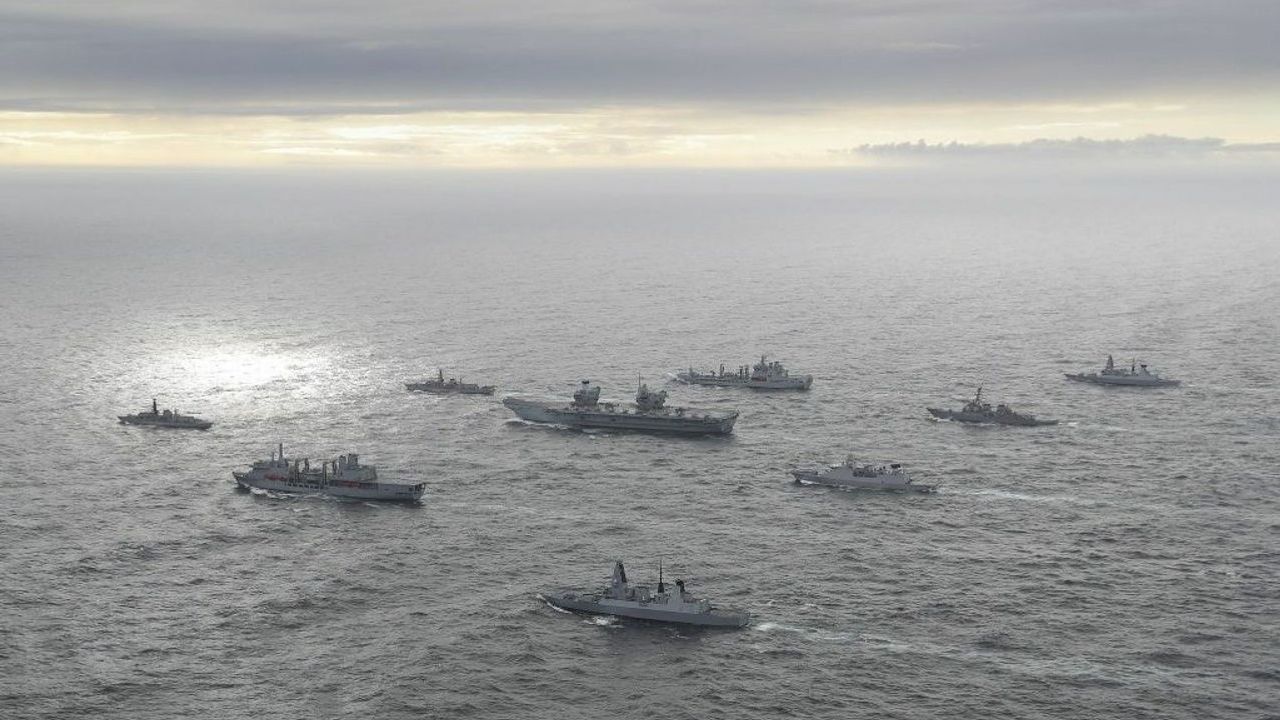 The militarist character of the agreement was underscored by the decision by the US and Britain to arm Australia with long-range nuclear-powered submarines. Their only conceivable purpose, as part of the Pentagon’s overall strategy for nuclear war, is to be able to hunt Chinese nuclear submarines and warships in the Western Pacific and potentially launch missiles against the Chinese mainland.

The alliance will also boost collaboration in cyber warfare and related technical areas, including artificial intelligence and quantum computing, as well as undersea capabilities—in addition to helping Australia build a nuclear-powered submarine force. Australia will also expand US access to its northern military facilities, adjacent to South East Asia, transforming the country into a giant American base of military operations as it was during World War II.

China has immediately condemned the AUKUS pact. Foreign ministry spokesman declared that it “seriously undermines regional peace and stability and intensifies the arms race,” while the Chinese embassy in Washington accused the three countries of a “Cold War mentality and ideological prejudice.”

Just how seriously Beijing regards the US threat was underscored in the comments of “a senior Chinese military expert” in the Global Times who warned that the pact made “Australia a potential target for a nuclear strike, because nuclear-armed states like China and Russia are directly facing the threat from Australia’s nuclear submarines which serve US strategic demands.”

China’s references to a new “Cold War” grossly understate the dangers of military conflict. A new book entitled Peril by Washington Post reporters Bob Woodward and Robert Costa has revealed that the US Joint Chiefs of Staff chairman General Mark Milley was compelled to take extraordinary steps to reassure Beijing and block President Trump, who he feared would order a military attack, including potentially a nuclear strike, against China.

The AUKUS agreement, coming in the wake of Britain’s exit from the European Union, will also deepen the divide between European powers. In an unprecedented move, France has withdrawn its ambassadors to the US and also Australia as a result of the “extreme seriousness” of the announced alliance. The concern in Paris is not just that it spelled the end of a $90 billion contract to build diesel-powered submarines for Australia, but more fundamentally because it regards itself as a Pacific Power and has been sidelined.

As the Biden administration ratchets up its confrontation with China across the board, the new pact elevates Britain and Australia to centre stage. As a Pentagon official put it, the US has “no better allies than Australia and the UK.” Consequently, all the major powers are under greater pressure to line up—for or against China—including in Europe. In Asia, the Biden administration has already boosted the Quadrilateral Security Dialogue or “Quad”—a quasi-military alliance with Japan and India as well as Australia. Its first face-to-face leaders’ meeting is due to take place in Washington this week.

Washington’s war drive has not come out of the blue. Rather, starting with the Obama administration’s “pivot to Asia,” the US has engaged in increasingly aggressive moves to undermine China diplomatically and economically, while restructuring its huge military forces and consolidating alliances, strategic partnerships and basing arrangements throughout the Indo-Pacific to encircle China and prepare for war.

Behind the US war drive is the growing fears in Washington that China’s extraordinary economic growth will undermine American global hegemony. Those concerns have been amplified by the COVID-19 pandemic which has deepened the economic, political and social crisis of US imperialism at home, and led to a further closing of the US economic lead over China. Last year the Chinese economy grew by 2.3 percent while the US GDP shrank by 2.3 percent, leading some economists to predict that China could now overtake the US in broad economic terms by 2025.

The Biden administration rapidly demonstrated that it would maintain all of Trump’s anti-China measures from the huge trade war sanctions and punitive measures against Chinese corporations, such as Huawei, to the provocative naval operations in the South China and East China Seas and the boosting of US ties with Taiwan. This has been accompanied by a vicious propaganda campaign, including the Wuhan Lab lie and accusations of Uyghur “genocide” aimed at vilifying China and poisoning public opinion in preparation for war.

In March, the outgoing head of the US Indo-Pacific Command Admiral Philip Davidson warned that the US could be at war with China within six years and called for a doubling of his command’s budget, including the development of new weaponry to fight China. The incoming chief Admiral John Aquilino suggested that conflict with China was “much closer to us than most think.”

The advanced US preparations for war are being driven not only by fears in American ruling circles that China is overtaking the US economically, but the extraordinary social tensions being fuelled by the COVID-19 pandemic and deepening social inequality. Amid the re-emergence of class struggles of the American working class, the ruling class is seeking to turn these social tensions outwards against an external “enemy.”

Workers in the US, Britain, Australia and internationally should reject with contempt the lies and utterly cynical and hypocritical accusations of “Chinese aggressiveness” and “human rights abuses.” It is the US, not China, that has waged criminal neo-colonial invasions and occupations that have devastated entire countries like Afghanistan and Iraq and led to the deaths of millions. Britain and Australia have been its principal partners in all of these wars.

Despite the latest debacle of the US withdrawal from Afghanistan, Washington is preparing new and more catastrophic wars in line with the Pentagon strategic shift from “the war on terror” to preparing for “great power conflict.”

The Chinese Communist Party (CCP) regime has no progressive answer to the looming dangers of war. While clinging to the hope that it can strike a compromise with Washington, Beijing continues an arms race that can only presage a disaster for humanity. With an economy that is based on capitalist relations and dependent on the world market and global financial system controlled by Washington, the CCP is incapable of making any appeal to the only social force capable of preventing war—the international working class.

Five years ago, the International Committee of the Fourth International (ICFI) issued an appeal to workers and youth around the world to forge a unified anti-war movement against the accelerating plunge towards a third world war. In its statement “Socialism and the Fight Against War,” the ICFI outlined the basic principles that need to animate this movement:

The task of building an anti-war movement of the international working class takes on an ever-greater urgency today. The latent opposition of broad sections of working people around the world to war has to be developed into a conscious political movement against capitalism which is the root cause of war. We urge our readers to contact the ICFI and its sections and to participate in the struggle against war and militarism.