This week’s announcement of a new Australia-UK-US (AUKUS) military alliance, with the US and UK to supply Australia with nuclear-powered submarines, is the spearhead of a closer integration of Australia into US war preparations against China. 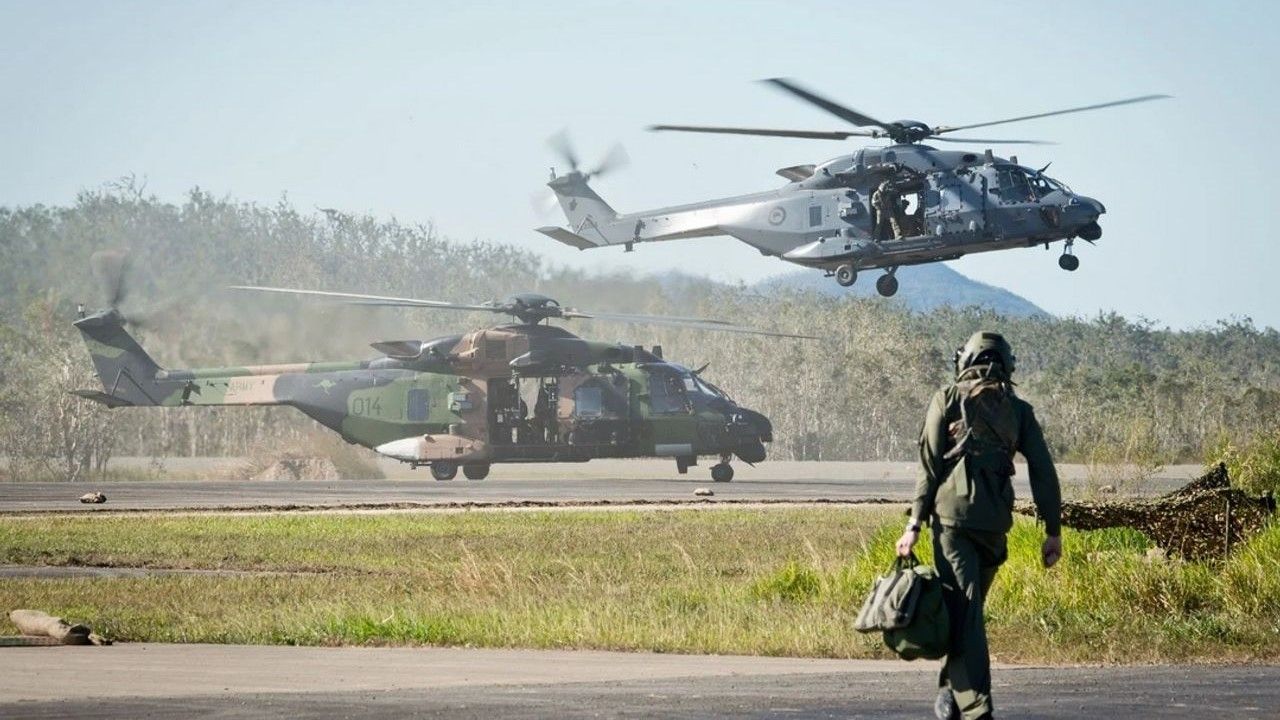 Behind the backs of their populations—without any mention in the parliaments or Congress—the three governments have placed Australia on the frontline of plans for war against China to reassert US global hegemony.

For the first time, the Australian government has explicitly named China as the target of the military buildup, abandoning previous efforts to avoid doing so because China remains Australian capitalism’s biggest export market.

At a meeting in Washington the day after the AUKUS announcement, the US and Australian defence and foreign ministers issued a communiqué that commits Australia to hosting US troops, bombers, fighter aircraft and warships and acting as a logistics base for a military conflagration between nuclear-armed powers.

At its core was an agreement on “Enhanced Force Posture Cooperation and Alliance Integration.” This takes to a new level the Force Posture Initiatives pact signed between the Obama administration and the Gillard Labor government 10 years ago, which featured the rotational basing of US Marines in the strategic northern Australian city of Darwin.

At a media conference, Dutton foreshadowed a further expansion of US military operations in Australia. “I do have an aspiration that we can increase the numbers of troops through the rotations, the air capability will be enhanced, our maritime capability [too],” he said. “If that includes basing and includes storage of different ordinances, I think that’s in Australia’s best interest at this point in time.”

Blinken ramped up the Biden administration’s provocative allegations and threats against China, accusing Beijing of “economic coercion” against Australia and declaring that the US would “not leave Australia alone on the field,” in confronting China.

Payne followed suit. “Today, we also discussed strategic competition. We discussed the competition of China at a number of levels that requires us to respond and to increase resilience.”

Speaking from Australia, Prime Minister Scott Morrison declared: “The relatively benign environment we’ve enjoyed for many decades in our region is behind us. We have entered a new era with new challenges for Australia and our partners.”

A comment in the New York Times on the AUKUS pact noted that when Morrison became prime minister three years ago, he insisted that the country could maintain close ties with China, its largest trading partner, while working with the United States, its main security ally.

“Australia doesn’t have to choose,” he had said in one of his first foreign policy speeches. But the New York Times said: “On Thursday, Australia effectively chose … With its move to acquire heavy weaponry and top-secret technology, Australia has thrown in its lot with the United States for generations to come…

“The agreement will open the way to deeper military ties and higher expectations that Australia would join any military conflict with Beijing.”

The article said the US had made a choice also: “That the need for a firm alliance to counter Beijing is so urgent that it would set aside longstanding reservations about sharing sensitive nuclear technology. Australia will become only the second country—after Britain in 1958—to be given access to the American submarine technology, which allows for stealthier movement over longer distances.”

Significantly, the AUSMIN communiqué specifically referred to Taiwan, which the US and its allies are using as a potential trigger for conflict against China. The document further undermined the “One China” policy by which the US recognised Beijing as the legitimate government of China as a whole, including Taiwan, in 1979.

“The Secretaries and Ministers re-emphasized Taiwan’s important role in the Indo-Pacific region,” the communiqué stated. “Both sides stated their intent to strengthen ties with Taiwan, which is a leading democracy and a critical partner for both countries.”

This aggressive alignment against China will be intensified in Washington next week by the first-ever in-person meeting of the leaders of a de facto anti-China military alliance, the Quadrilateral Security Dialogue, or “Quad,”—the US, Japan, India and Australia.

Confident of bipartisan backing, the Morrison government has proceeded in close consultation with the Labor Party. Opposition leader Anthony Albanese and three key shadow ministers were briefed in advance of the AUKUS announcement.

In line with Labor’s unequivocal decades-long commitment to the US military alliance, Albanese immediately stated Labor’s agreement with the alliance and the acquisition of nuclear submarines.

Morrison, Dutton and other Australian ministers bluntly rejected China’s condemnation of the AUKUS and submarine agreements, heavily backed by the corporate media.

The Australian’s foreign editor Greg Sheridan wrote: “The deal promises not only nuclear submarines but an even more intimate involvement of the US, and Britain, in regional security and in our security. … In the wake of the Afghanistan debacle, this is a good development in itself.”

Nevertheless, concerns have been voiced within the political and military establishment about the nakedness of the moves against China. Former Labor Prime Minister Kevin Rudd defended the US alliance but called for Australia to be an “intelligent” ally, not one that “paints a very large target on our forehead.”

Hugh White, an Australian National University professor and former defence official, warned: “As the US-China rivalry escalates, the United States will expect Australia to do more. If the US is allowing Australia to have access to its nuclear technology, it’s because the US expects Australia to be deploying its forces in a potential war with China.”

These responses reflect nervousness in ruling circles over the likely loss of lucrative Chinese markets, the prospect of a disastrous war and, above all, the triggering of widespread anti-war sentiment.