Twenty years of the “war on terrorism” in Australia: War crimes and police-state measures by Mike Head

This month’s commemorations in Australia of the 20th anniversary of the 9/11 terrorist attack in the United States have sought to deny the reality of the “war on terrorism:” two decades of unbridled militarism and domestic police-state measures. 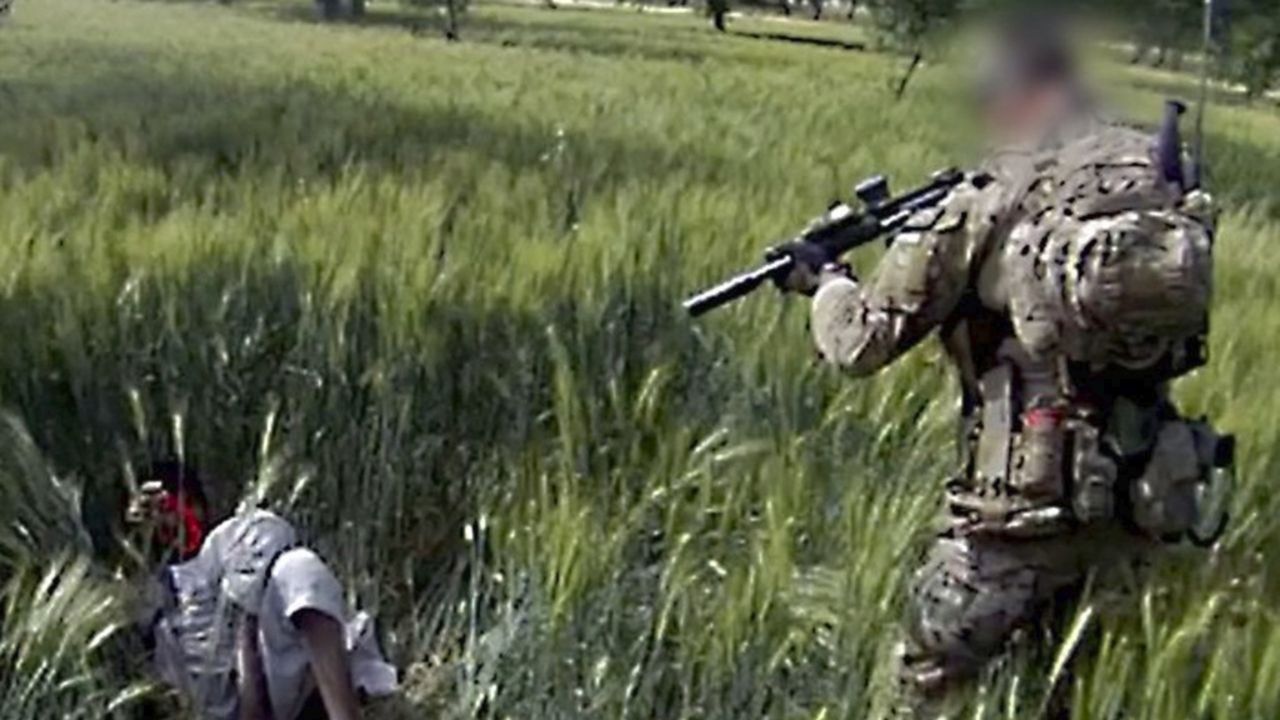 The still-unexplained events of September 11, 2001, were seized upon by the Bush White House and its allies to launch plans, prepared much earlier, for neo-colonial wars to assert US hegemony over the resource-rich and strategic Middle East and Central Asia, and to tear up civil and political rights at home.

Nowhere was the backing for this agenda stronger than in the Australian ruling elite.

In 2001, Prime Minister John Howard’s Liberal-National Coalition government, with the unstinting agreement of the Labor Party opposition, was the first in the world to offer open-ended political and military support to the Bush administration’s plans to exploit the attack to launch barbaric invasions, first of Afghanistan and then Iraq in 2003.

Within five hours of the twin towers atrocity, and before any evidence even emerged as to who the perpetrators were, or where they came from, Howard declared that Australia would unequivocally back the US in “any action that might be taken.” For that, he was accorded a standing ovation in the US Congress the next day.

No one has been held responsible for the resulting two decades of uninterrupted war, at the cost of between one and two million lives in Afghanistan, Iraq, Libya, Syria, Yemen and other countries subjected to US attacks, all with bipartisan support in the Australian political establishment. Instead, despite the exposure of all the lies concocted to justify these crimes, such as Saddam Hussein’s non-existent “weapons of mass destruction” and equally non-existent links to Al Qaeda, those involved have been provided political and media platforms to pontificate.

Howard, for example, told the Australian Broadcasting Corporation he did not regret sending troops into Afghanistan and Iraq because that demonstrated Australia’s commitment as a loyal ally. “I think we have a relationship with the most powerful country in the world that does provide an ultimate security guarantee,” he said.

Those comments only underscored the fact that these wars were never about protecting the democratic or human rights of the people of the invaded and shattered countries, despite all the official claims to the contrary.

For the Australian ruling elite, the only concern was to demonstrate its commitment to the US alliance, on which the Australian capitalist class has depended since World War II, for its own predatory activities in its sphere of influence in the South West Pacific and economic and strategic interests internationally.

Twenty years on, the current Liberal-National government of Scott Morrison, again with Labor’s bipartisan support, has taken this commitment to a new level, via the AUKUS alliance with the US and UK, featuring nuclear-powered submarines and widespread US access to bases across the country. This alliance is now directed squarely against China, heightening the danger of even more catastrophic wars involving nuclear weapons.

The barbaric wars in Afghanistan and Iraq also became the vehicles for unspeakable crimes, setting precedents for future wars, such as the torture inflicted on prisoners in Abu Ghraib and Guantanamo Bay, the indefinite military detention of US-proclaimed “enemy combatants,” in violation of the Geneva Conventions and cold-blooded murders of civilians.

After years of systemic suppression, limited information about the war crimes committed by Australian units in Afghanistan eventually appeared last year, in a heavily censored official inquiry report. According to that report, Australian squads murdered at least 39 prisoners of war or innocent civilians, and committed many other abuses, including “cruel” treatment (i.e., torture). Yet the revelations have been buried ever since and no one has been held to account.

In fact, far from the Liberal-National and Labor governments involved being held responsible for these atrocities, those who have courageously exposed the crimes of the US and its accomplices, including mass killings, torture, illegal assassinations and regime-change operations—Julian Assange, Chelsea Manning, Edward Snowden and others—have been vilified and persecuted. Assange, an Australian citizen, is languishing in a London prison facing extradition to the US.

The financial cost of these wars has also been staggering. The total cost of Australian operations in Afghanistan was close to $10 billion. About $2.5 billion was spent to send troops into Iraq. These sums could have provided scores of badly-needed hospitals, schools and other social programs, both in Australia and the devastated, invaded countries.

War abroad has been accompanied by repression at home. Paralleling their roles in Afghanistan and Iraq, Australian governments have been on the frontline of invoking the “war on terrorism” to overturn basic legal and democratic rights.

No other country has imposed as many “counter-terrorism” laws. By 2017, according to an official review, successive Coalition and Labor governments had passed more than 125 “national security” bills, containing more than 14,500 amendments to previous laws. That battery of legislation has continued over the past four years.

Basic protections from dictatorial forms of rule, won in centuries of struggle against absolutism, such as no imprisonment without trial (habeas corpus), and the presumption of innocence, have been overturned in multiple waves of legislation.

Federal and state governments, Coalition and Labor alike, have introduced numerous forms of detention without trial, including “preventative detention orders,” “control orders,” arrests for “investigation” and indefinite detention of prisoners, even after they have served their sentences.

Under the false banner of protecting the population from terrorists, “terrorism” has been legally defined in sweeping terms, with the potential to cover anti-government protests that are deemed to threaten members of the public or end in “violence.”

The essential political line-up in parliament was displayed in 2005, when the Coalition and Labor were joined by the Greens to push through far-reaching legislation, aimed at criminalising conduct alleged to be preparing for “a,” that is an unspecified, “terrorist act.” That cleared the way for repeated series of arrests, along with highly-publicised trials of citizens accused of “plotting,” or even speaking about, “a” possible terrorist act, without any evidence of any actual plan, time or place.

The modus operandi of the police and intelligence agencies became entrapment or “sting” operations. Undercover provocateurs were deployed to infiltrate groups or set up individuals, by leading them to make statements that could be secretly recorded and offered as supposed “proof” of terrorist intent.

Sweeping surveillance powers have been handed to the police and political spy agencies to monitor, harass and frame-up citizens, including by tapping phones, intercepting mail, bugging premises, hacking into computers, seizing control of social media accounts and searching homes.

These powers were taken further by the 2015 metadata retention legislation, which allows the police and spy agencies to collect and retain a person’s email contacts and web searches. This was followed by a 2018 law that forces internet companies to facilitate the cracking of encryption, passwords and other privacy-protected communications.

Also in 2018, “foreign interference” legislation expanded the scope and penalties of the secrecy laws, as well as criminalised links with China or other “foreign entities,” in line with the new focus towards the US-led confrontation with China.

At the same time, since 2001, both Coalition and Labor governments have led the way for their capitalist counterparts internationally, in taking brutal measures against asylum seekers, featuring indefinite detention on remote islands, and military operations to “turn back” refugee boats, at the cost of countless lives.

Increasingly, this reaction has extended to basic democratic rights, such as the latest nakedly anti-democratic electoral laws that seek to de-register most political parties and prevent them having their names on election ballot papers.

As the WSWS has repeatedly warned, the police-state powers are, above all, directed against the prospect of rising political disaffection and mounting struggles by the working class, produced by widening social inequality and attacks on jobs and conditions. These processes and tensions have now been accelerated by the COVID-19 pandemic and the rising threat of war.

In a rare official statement of concern, an intelligence review revealed, as early as 2017, that ruling circles are wracked by immense political fears, related to rising global geo-strategic tensions, the erosion of US dominance, deepening social and political disaffection, and the prospect of mass opposition to its mounting preparations for war.

The turn by the ruling class to militarism and authoritarianism has not gone without widespread opposition, however. In 2003, Australia saw some of the largest demonstrations worldwide, in the mass protests against the invasion of Iraq.

In 2007, a public outcry erupted when the Australian Federal Police used “investigation” detention powers to hold an innocent man, Gold Coast-based doctor Mohamed Haneef, for 12 days without charge. That furore played a role, a few months later, in the landslide defeat of the Howard government.

These movements, however, were largely channelled behind the election of the Rudd-Gillard Labor government in 2007, which only continued the same policies on every front.

The bitter lessons of these political experiences must be drawn. There is only one way to end the violence of US and Australian imperialism, and the accompanying agenda of political repression. It is bound up with the struggle to put an end to the capitalist profit system itself, which is the root cause of imperialist war and the lurch toward draconian forms of rule.