The Pentagon admitted on Friday that the drone attack in Afghanistan on August 29, that it previously claimed was a “righteous strike” to prevent imminent ISIS-K suicide bombings, had in fact killed only innocent people.

In an extraordinary press conference, General Frank McKenzie, Commander of US Central Command, said, “I am now convinced that as many as 10 civilians including up to seven children” were “tragically killed in that strike.”

General McKenzie said his conclusions were based on an investigation and analysis that he directed into the events of August 29 and “we now assess that it is unlikely that the vehicle and those who died were associated with ISIS-K or were a direct threat to US forces.” 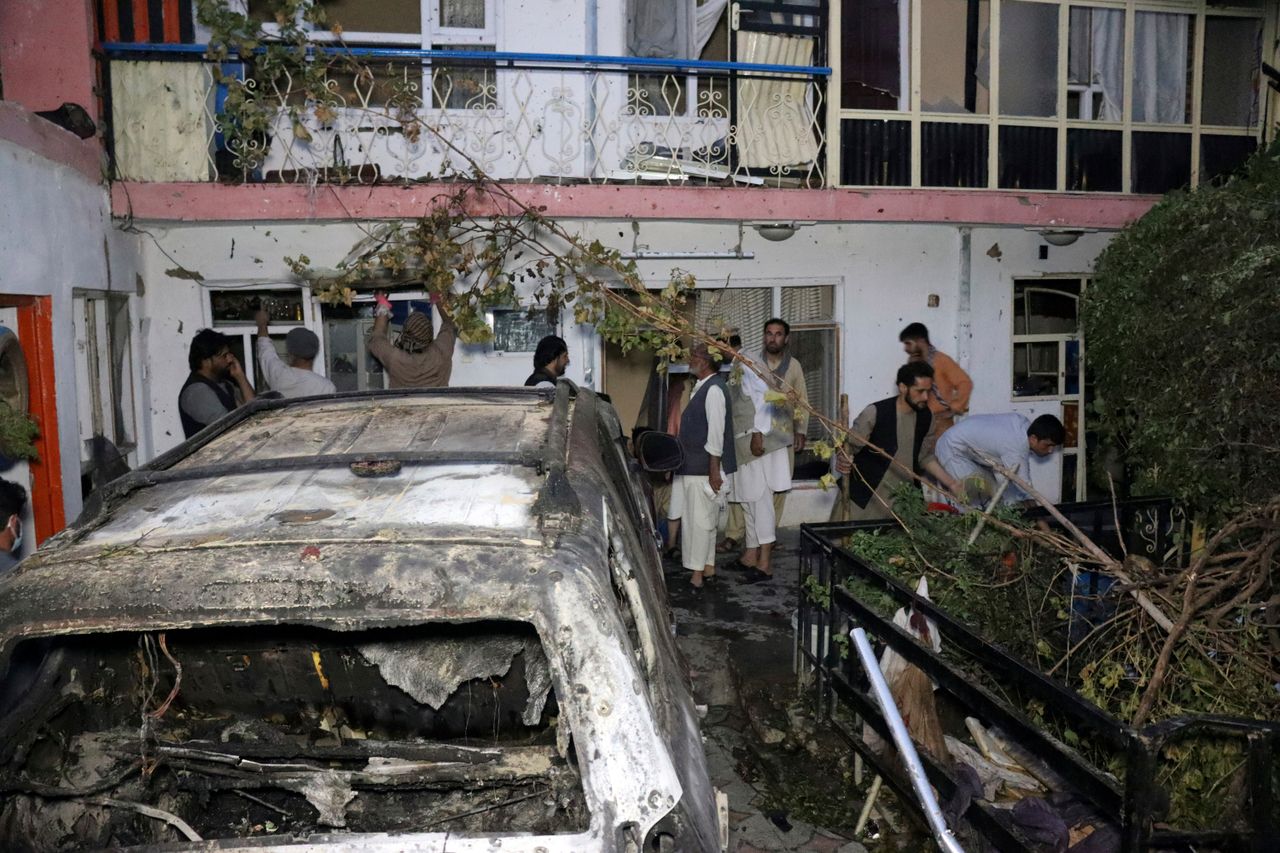 The general maintained that the incineration of Zemari Ahmadi and nine members of his family by a Hellfire missile was a “tragic mistake.” He said, “I am fully responsible for this strike and its tragic outcome,” and then proceeded to rationalize the deaths, saying they “must be considered in the context of the situation on the ground, in Kabul at Hamid Karzai International Airport following the ISIS-K attack that resulted in the deaths of 13 soldiers, sailors and Marines and more than 100 civilians,” three days earlier.

While General McKenzie feigned a “sincere apology,” he further attempted to rationalize the murderous strike by saying it was “taken in the earnest belief that it would prevent an imminent threat to our forces and the evacuees at the airport.”

The Pentagon provided a map to assist the general’s review of the intelligence information and the deadly events of August 29 in the heavily built-up part of Kabul called Khaje Bughra. Many of the facts presented correspond with the accounts provided by the Ahmadi family at the scene of the strike and reported by the New York Times on September 10, following an investigation of video evidence and interviews with others in Kabul.

General McKenzie said that 36 hours prior to the strike there were “more than 60 different pieces of intelligence related to imminent threats” including “events observed from our UAVs, which were flying above Kabul throughout the day.” He referred repeatedly to the offices of the charity Nutrition and Education International as a “compound” where “intense surveillance” was being conducted by “six MQ-9 Reapers” (drones) that morning.

General McKenzie claimed that there were recurring intelligence reports that ISIS-K was planning a terrorist attack using “a white Toyota Corolla,” a vehicle that was being driven by Ahmadi that morning. He said, “At 2:00 p.m. the Corolla returned to the compound at point number three. Subsequently, multiple adult males were observed loading the trunk of the vehicle—the trunk of the vehicle with items assessed at the time to be explosives before departing at 3:47 p.m. with four adult males heading north.”

The general said “the strike was executed” at 4:51 p.m. and the missile hit the vehicle at 4:53 p.m. He then once again justified the murders, saying it was his assessment “that leaders on the ground and the strike cell had achieved a reasonable certainty at the time of the strike to designate the vehicle as an imminent threat to US forces at the airport, and that they made a self-defense strike in accordance with established rules of engagement.”

As reported here on the World Socialist Web Site on September 12, Ahmadi had gone to work at the Nutrition and Education International offices in Kabul that morning, a location that would have been very well known by the US embassy and US intelligence, and he had made multiple stops there throughout the day. The items he was loading into his vehicle were canisters of water for his family and neighbors because there was no running water following the collapse of the Afghan government.

When asked by a reporter about the implications of the Pentagon admission for the reliability and future of over-the-horizon (OTH) drone strikes, the general made the preposterous claim that the review of such strikes was more rigorous, saying, “this was a self-defense strike taken under self-defense rules and engagement based on an imminent threat to attack us” and “that is not the way we would strike in an OTH mission going into Afghanistan against ISIS-K targets.”

In other words, the Pentagon has assessed that the “mistake” in the Kabul drone strike was not actually the murder of ten innocent people but the mistaken use of drone assassination for the purpose of immediate self-defense, whereas in preemptive killings they would be more careful. The general added, “We struck under the theory of reasonable certainty. Probably our strikes in Afghanistan going forward will be under a higher standard.”

Aside from questions about possible reparations for the murder of Zemari Ahmadi—along with his sons, Zamir, 20, Faisal, 16, and Farzad, 10; three nephews, Arwin, 7, Benyamin, 6, and Hayat, 2; his cousin Naser, 30; and two 3-year-old girls, Malika and Somaya—none of the assembled media representatives asked General McKenzie if anyone was going to prosecuted for the crime.

In spite of the excuses given—all aimed at furthering the plans of the Pentagon to continue with unmanned remote-controlled drone strikes as a preferred method of targeted assassination—the admission by Central Command that innocent civilians were killed in Kabul is further devastating confirmation of the reactionary and barbarous nature of the “war on terror” which has been the axis of American national security policy for two decades.