In a speech at the opening session of the United Nations General Assembly Tuesday, US President Joe Biden proclaimed a “new era” in American foreign policy, under the banners of “human rights” and “global cooperation.”

Biden framed his remarks as a repudiation of his predecessor, Donald Trump, who had couched American actions in the language of naked self-interest and brutal unilateralism. By contrast, Biden summed up his vision for a “new era” of US foreign policy in an inspirational non-sequitur: “We will lead together.” 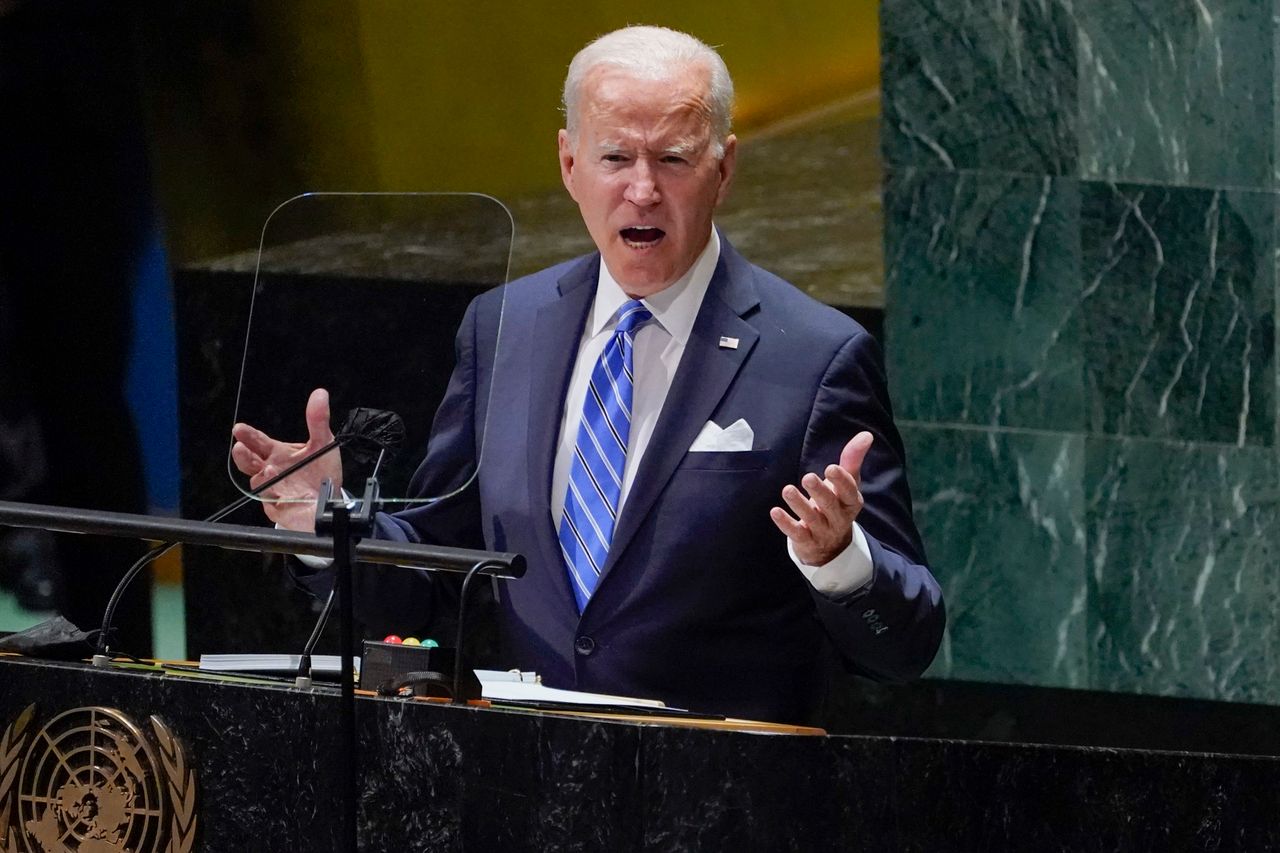 The United States will support “anti-corruption activists, human rights defenders, the journalists, the peace protesters.” It will seek to “end hunger and invest in food systems at home and abroad.” America will help the world “to recognize our common humanity and to act together” and “work together to save lives, defeat COVID-19 everywhere.”

But as usual, the more America’s leaders speak of peace and universal brotherhood, the more advanced are their plans to incinerate large numbers of people.

Biden’s appearance at the UN capped eight months that saw the most aggressive military buildup since the end of the Second World War. Within months of taking office, the Biden administration declared the effective end of the “One China” policy, moving toward the proclamation of a military alliance with Taiwan that China sees as an act of war.

Biden has moved to double US military spending in the Pacific theater, while working to deploy offensive missiles in Japan, South Korea and even Taiwan.

In the most provocative move yet, last week Washington announced a new anti-China alliance with Australia and the UK, effectively ending Australia’s status as a non-nuclear state with a deal to provide it nuclear submarines that, with minor modifications, would be capable of launching nuclear missiles.

Behind the “human rights” rhetoric, Biden’s speech was the most belligerent given by any US president since Trump threatened to kill “little rocket man”—North Korean President Kim Jong-un—in a speech before the United Nations in 2017.

“The United States will continue to defend ourselves, our allies, and our interests against attack, including terrorist threats, as we prepare to use force, if any is necessary. But to defend our vital US national interest, including against ongoing and imminent threats.” (sic)

The targets of American “force” were made explicit. America will act to stop the “oppression of racial, ethnic, and religious minorities, whether it occurs in Xinjiang.” It will “defend the rights of LGBTQI individuals so they can live and love openly without fear, whether it’s Chechnya.”

For decades, the United States has promoted Islamist separatist movements in Xinjiang, China, and Chechnya, Russia, forging alliances with Al-Qaeda-linked forces in an effort to destabilize Russia and China.

While Biden mouthed his platitudes about “peace,” his generals are speaking the language of nuclear war. As the United Nations met in New York, the Air Force Association held its annual summit just outside of Washington D.C.

Air Force Secretary Frank Kendall revealed, for the first time, that Northrop Grumman is secretly building five B-21 stealth bombers, each costing some $639 million. The new stealth bombers are designed to penetrate deep into enemy territory to deliver nuclear weapons, including a massive range of nuclear-capable cruise missiles and miniaturized nuclear weapons being created as part of the US’s multi-trillion-dollar nuclear forces buildup.

Kendall claimed that China is building 100 intercontinental ballistic missile silos, in what he said was an effort to create a “first strike” force.

Despite declaring China to be a “pacing threat,” Beijing possesses only 320 nuclear weapons, compared to the Pentagon’s 5,500.

Last month, Adm. Charles Richard, the head of US Strategic Command, warned of a “strategic breakout” by China, declaring, “it really doesn’t matter why China is and continues to grow and modernize. What matters is they are building the capability to execute any plausible nuclear employment strategy—the last brick in the wall of a military capable of coercion.”

This threat—real or imagined—of a China capable of defying the United States is what is prompting Washington to expand and diversify its nuclear arsenal, including the efforts to arm Australia with nuclear submarines. The solution is more nuclear weapons, different nuclear weapons and trillions of dollars for weapons systems.

US defense expenditures rose in 2020 to a record $778 billion—that is, almost 40 percent of total military spending in the world.

Commenting on Biden’s massive military budget request, the Bulletin of Atomic Scientists warned, “The Biden administration had an opportunity to redirect the United States’ path away from endless war and all but limitless spending on the Defense Department. That path could and should have centered on the most imminent threats to our security: climate change and potentially pandemic infectious diseases.

“But you wouldn’t recognize those as America’s top threats by looking at its spending priorities, which continue to prioritize the best interests of defense contractors.”

The organization added, “Over the course of a single year, the cost estimate for the nuclear weapons activities budget increased by $113 billion.”

“The defense budget submitted by the Biden administration looks very like the Trump administration’s. ... It included more than $12 billion for the F-35 Joint Strike Fighter program … It also largely endorsed the past administration’s destabilizing nuclear weapons plans.”

Biden’s rhetorical about-face masks a foreign policy that is, in all fundamentals in continuity with that of the Trump administration. CNN commentator Fareed Zakaria made this point bluntly in an op-ed ahead of Biden’s speech, declaring “After almost eight months of watching policies, rhetoric and crises, many foreign observers have been surprised —even shocked—to discover that, in area after area, Biden’s foreign policy is a faithful continuation of Donald Trump’s.” Central to this continuity is the doctrine of “great-power competition” and the US-China conflict.

For three decades, Washington has used these hollow pretexts to wage wars around the world. From the first Gulf war, sold to the public as stopping Saddam Hussein from snatching babies out of incubators, to bombing Yugoslavia “back to the stone age” to stop “ethnic cleansing,” to the defense of “women’s rights” in Afghanistan, to stopping “weapons of mass destruction” in Iraq, preventing massacres of civilians in Libya and Syria—and the list goes on.

In other words, Biden’s invocation of “human rights” is not a retreat from US wars that have been the greatest drivers of human rights violations, but rather doubling down on a nuclear buildup that threatens the annihilation of mankind.