Eight years ago, in 2013, NSA whistleblower Edward Snowden revealed mass NSA electronic spying and data collection targeting the entire world. Since then, revelations of mass spying by NATO intelligence agencies have gone hand in hand with stepped-up monitoring and censorship of the Internet and social media. The fact that top European officials were targeted for years after Snowden’s revelations, amid US assurances that they would not be spied upon, underscores that no one is protected from the massive, ongoing electronic dragnet. 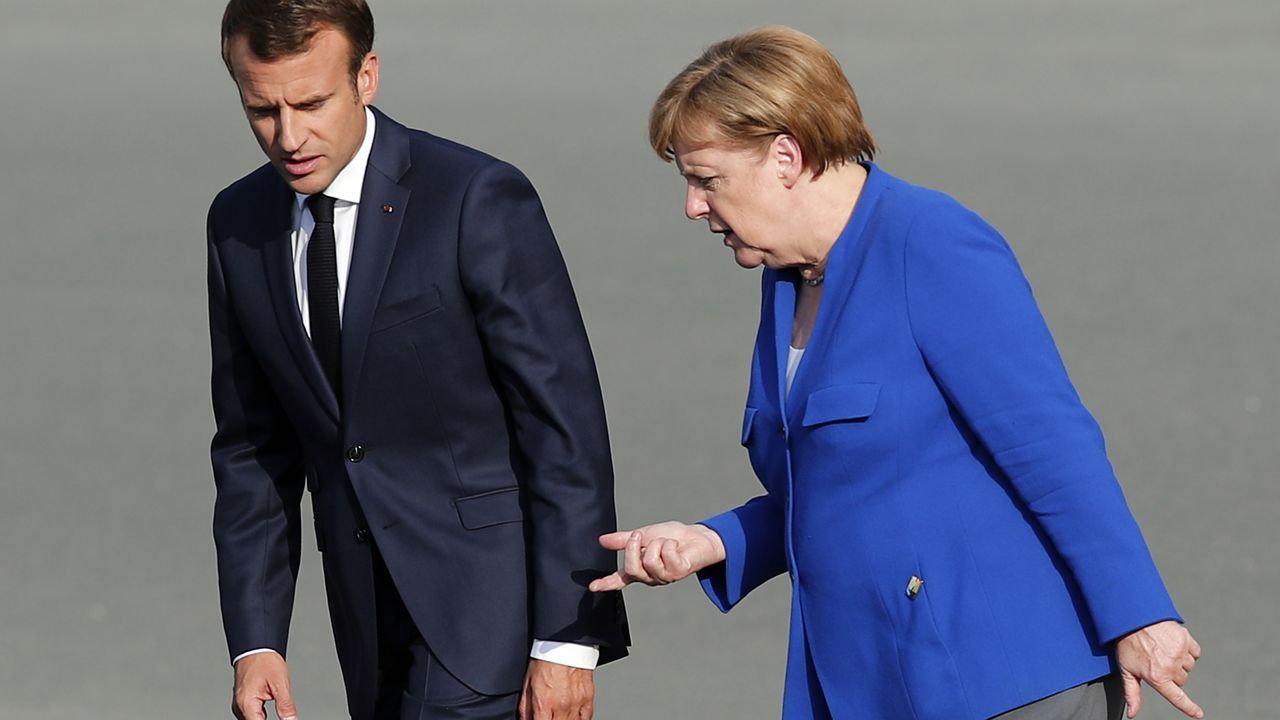 Snowden, now exiled in Russia, wrote on Twitter, “There should be an explicit requirement for full public disclosure not only from Denmark, but their senior partner as well.” Referring to Biden’s upcoming trip to Europe on June 11-13, Snowden pointed to Biden’s record as vice president under Obama’s NSA spying operations: “Biden is well-prepared to answer for this when he soon visits Europe since, of course, he was deeply involved in this scandal the first time around.”

NSA use of Danish assets to spy on European politicians was revealed on Sunday evening by an extensive report by Danish public television (DR), citing anonymous Danish official sources. This report, the product of high-level collaboration between leading European media, was shared with the Süddeutsche Zeitung and NDR and WDR television in Germany, Le Monde in France, Swedish public broadcaster SVT and Norwegian public broadcaster NRK.

The operation, code-named “Operation Dunhammer,” involved a collaboration between the NSA and Danish Military Intelligence ( Forsvarets Efterretningstjeneste, FE), which handed over Internet data traffic passing through Denmark to be searched by the NSA. The FE launched its own internal investigation of the program in 2015, however. The DR writes, “The investigation was carried out by four hackers and intelligence analysts who studied US-Danish collaboration using great secrecy, so the NSA would not become aware of the FE investigation.”

They found that the NSA was searching through this data using phone numbers and other personal data of many top European officials. One Danish source told DR that the NSA “got everything they used their phones for. It is impossible to deny that this was a targeted spying operation.” Another said, “This is an affair that is emerging as the greatest intelligence scandal in Danish history.”

Due to its strategic location between Britain, continental Europe, Scandinavia and Russia, Denmark is critical for spying on EU-Russia communications. Collaboration on this, another Danish official told DR, “has strategic significance for US-Danish relations.” As a result, even after “Operation Dunhammer” was formally ended in 2015, FE officials have kept collaborating with NSA spying.

In 2018, however, the 2015 FE report on “Operation Dunhammer” was leaked to Denmark’s Intelligence Oversight Authority (TET), which investigated the report.

Last August, several top FE officials were sacked without explanation. Thomas Ahrenkiel, who ran the FE during “Operation Dunhammer,” was recalled as Danish Ambassador to Germany, and his successor Lars Findsen was sacked for hiding information on FE operations from the government. Significantly, this mass sacking of top Danish intelligence officials came just after Defense Minister Tine Bramsen received the “Operation Dunhammer” report. DR also cited a TET press statement that concluded that the FE “launched operational activities in violation of Danish law.”

These events again expose the universal character of NATO intelligence agencies’ online spying, aimed above all at the working class. While the NSA undoubtedly has dedicated the most resources and infrastructure to electronic spying, Snowden’s courageous revelations also helped bring to light mass electronic surveillance in Germany, France and other EU countries.

Moreover, NSA documents leaked by Snowden show that in 2013 the NSA already had five ongoing partnerships like the one now revealed with Denmark.

Shortly after Snowden’s revelations, the World Socialist Web Site (WSWS) contrasted the mass sympathy for him with the universal hostility of capitalist governments, writing :

While Snowden’s actions have met with support and gratitude from workers and young people in the US and across the planet, that is not the case with the governments that rule them. All of them bow to the bullying from Washington. Like the US government, they defend wealthy ruling classes under conditions of ever-widening social inequality, and like Washington, they fear that their conspiracies against their own people will be exposed to the light of day.

The WSWS added that EU countries, who refused Snowden asylum, were doubtless concerned that “material in his possession will implicate their own governments in similar crimes.”

This analysis, fully borne out by subsequent events, again illuminates the EU powers’ muted initial response to this week’s revelations in Denmark. Berlin issued a statement on Monday morning that it “is in contact with all national and international partners to obtain clarification.” The Elysée presidential palace in Paris refused Le Monde’s request for comment, instead, sending Junior Minister for European Affairs Clément Beaune to speak to France-Info.

Snowden’s whistleblowing revealed US wiretapping of Washington’s EU “allies,” including Merkel, forcing Obama to issue empty promises to halt spying on EU officials in January 2014. Beaune nevertheless claimed it was unclear whether Washington spies on EU officials. “It is very serious, we must see if our EU, Danish partners committed mistakes or errors in their cooperation with US agencies,” he said. He called to “verify the correctness of the report,” adding, “And on the American side, we should see if there was … listening, spying on political officials.”

On Monday evening, at a summit on Franco-German military cooperation on the war in Mali and plans for new joint fighter plane and tank systems, Macron and Merkel spoke on the issue. “This is not acceptable between allies, and even less between allies and European partners,” Macron said, adding, “We requested that our Danish and American partners provide all the information on these revelations and on these past facts. We are awaiting these answers.”

Merkel said she “could only agree” with Macron’s statements, adding that she was “reassured” by the Danish government’s criticisms of NSA spying. She said, “Apart from establishing the facts, this is a good starting point to arrive at relations that are truly based on mutual trust.”

In fact, these revelations again highlight the insoluble conflicts inside the NATO alliance, revealed by Trump’s earlier threats to slap billions of dollars in tariffs on EU exports to the United States and to retaliate against firms involved in EU military projects. One of these threats, which occurred as the “Operation Dunhammer” investigation was underway, was Trump’s offer to buy Greenland from Denmark. He then denounced Denmark’s refusal to sell its Arctic territory, while then-US Secretary of State Mike Pompeo denounced China’s commercial presence in Greenland.

While Biden has been at pains to downplay these commercial and military tensions, casting his election as paving the way for improved US-EU relations, none of the underlying conflicts over control of world markets and strategic advantage have been resolved. Moreover, it seems likely the FE’s “Operation Dunhammer” file will reveal that Obama’s January 2014 assurances that the NSA would stop spying on top EU officials were lies.

Above all, nearly a decade after Snowden’s revelations, it is ever more apparent that the central target of electronic spying is the working class. Massive data collection programs have enabled not only surveillance but censoring of social media posts and the identification and legal targeting of workers engaged in social protests, such as the “yellow vest” movement in France. The defense of fundamental democratic rights requires the international political mobilization of the working class against the reactionary scheming of imperialist military and intelligence agencies.