The Minister in an interview with the Sunday Observer said when they come out with such damning reports, it further polarises the community here on the ground. He said “That is why we are saying, they need to be cautious, reasonable and understand the battle was not against our Tamil people instead we liberated them. Actually, the Tamil people were running out of the clutches of the LTTE and coming towards the Government. If they were suffering from the Government, they would have run against that. So, these are the matters that we need to bring to their attention.”

Q: The Opposition has raised concern on the appointment of yet another six-member Committee, comprising Government Ministers to study the report of the Presidential Commission of Inquiry (PCoI) into the Easter Sunday attacks. Could you explain?

A: That was an appointment made by the President. Now the whole Commission report is in the public domain after it had been made available to the Parliament. With that, there is nothing to hold back and everything is within the public knowledge. However, if you look carefully at the whole report, there are a number of recommendations and findings. 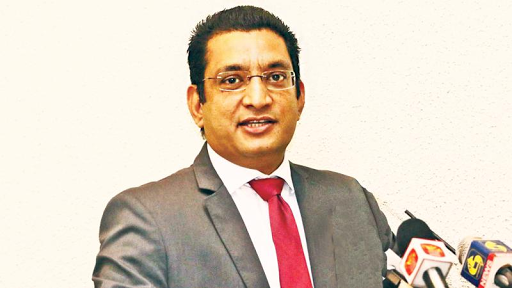 Some of those things are to do with regulating the social media. Likewise, there are lots of things to be done. So, rather than everybody sitting and doing it, a Committee has been appointed to carefully go through it, find out what are the recommendations and who should do it.

The Committee would submit its report to the President by making all those things easy. Thereafter, the President must decide what should be done in terms of that.

Q: Various sectors including the British Conservative Party senior Lord Naseby has said that the United Nations High Commissioner for Human Rights Michelle Bachelet in her latest report has completely ignored the crimes committed by the LTTE. Your views?

A: That is the sad part of it. I mean constructively one can find fault with it but then one can constructively point out the areas which need development. The fact is we fought against the most ruthless terrorist organisation in the world which introduced suicide bombings.

It was very powerful internationally and they actually commanded at one point in time territory, people and everything and operated a de facto kind of a government in almost one third of the country. So, we have fought back and actually managed to defeat the LTTE and that is something to be celebrated which no other countries had done.

Thereafter, a lot of developments are taking place in the North and the East. If you look back, about 12,784 LTTE cadres surrendered and almost all of them were rehabilitated and reintegrated to the society. All these positive developments have not been taken into consideration. So, we will engage with that with the international community.

But the international community or the so-called people who proposed that and particularly the UN Human Rights Commissioner must also be reasonable without making it even worse. When they come out with these damning reports and all those things, it further polarises the community here on the ground.

That is why we are saying, they need to be cautious, reasonable and understand the battle was not against our Tamil people. We liberated the Tamils. Actually, the Tamil people were running out of the clutches of the LTTE and coming towards the Government.

If they were suffering due to the Government, they would have run against that. So, these are the matters that we need to bring to their attention. So, we cannot be happy at all and we totally condemn the one-sided report which has been produced.

Q: How do you view the attempt by the UN Core Group led by the UK to table a Resolution against Sri Lanka at the 46th sessions of the UNHRC?

A: That Resolution has not been submitted yet. I am sure they will rationally think about it and engage with the Government of Sri Lanka before they take some harsh or unnecessary decisions which will harm the ground situation in Sri Lanka.

Foreign Minister Dinesh Gunawardena with a team of eminent people and resource personnel have been trying to convince them. So, I feel the outcome will be something reasonable.

Q: When grave human rights violations are taking place in some other countries why is Sri Lanka being deliberately targeted at each UNHRC session by some of those Western countries?

A: There are two different yardsticks they used for different countries. I think we have a credible legal system and an independent judiciary. We have a very good transitional democracy. We have never doubted or challenged the outcome of an election. We have respected all those things.

Therefore, I don’t think we should be judged unfairly. So, there are some prejudices. If you look at some time ago, the former Prime Minister Ireland tweeted that Donald Trump is holding on to power without conceding defeat since he likes to run the US like some other country and Sri Lanka was named as an example.

It has never happened in Sri Lanka. Sri Lanka even before the official election results are announced even since 1947, our leaders have conceded and gone.

They have always respected democracy. So, that kind of thing shows what kind of prejudice they have against us. That is not the way but we will continue to engage with our friends both in the Western and other parts of the world.

Q: Foreign Minister Dinesh Gunawardena while addressing the 46th session of the UNHRC said the unprecedented decision by the former Yahapalana Government to co-sponsor the UNHRC Resolution 30/1 resulted in the compromising of the national security which eventually led to the Easter Sunday attacks. Would you like to comment on this?

A: I think the Foreign Minister wouldn’t touch that without proper reason and truth. So, as a colleague, I stand by with his discretion.

Q: The PCoI which probed the Easter Sunday attacks has recommended to file criminal charges against former President Maithripala Sirisena and several top officials of the Yahapalana Government including former Defence Secretary Hemasiri Fernando, former IGP Pujith Jayasundara and former heads of the state intelligence services. What would be the next step to be taken in this regard?

A: That is of course rather than we speculate, the President will seek an official response and advice from the Attorney General and take it from there onwards.

So, I will leave it to the President as the PCoI report has been submitted to him.

Q: How do you view Pakistan Prime Minister Imran Khan’s visit to the country when Sri Lanka is engaging in a diplomatic mission to seek the support of its friendly countries at the UNHRC?

A: It is a very significant visit. At this time, being our longstanding friend of thick and thin and whenever we had difficult times whether during the 1971 insurrection and in 2009 towards the end of the final battle against terrorism when we ran out of communication at the UNHRC, had been true friends.

A friend in deed is specific, historic and very truthful. The Pakistan Prime Minister had some excellent meetings with the Prime Minister, President and members of the Cabinet.

On the sideline, we had discussions on sports, investments and tourism. Likewise, it was an exceptional and successful meeting.

Q: You have embarked on an ambitious plan to reform the legal system especially in respect of addressing law delays. Could you explain?

A: In fact, the Sri Lankan legal system is kind of lagging behind in terms of efficacy and efficiency.

According to the latest report of the Doing Business Index, Sri Lanka is ranked as 99 and we are ranked as 164 on enforcing contracts.

This is a very bad ranking and this is because no proper investment had been made into this sector.

We have identified an overall holistic approach to double the number of judges and court houses and review the laws which needs amendments as well as to embrace technology and digitalize the court system.

We are looking at it. When we do all those things, hopefully we can uplift the total judicial administration in this country.

Q: What is the progress of the 11-member Committee headed by President’s Counsel Romesh de Silva to make constitutional reforms?

A: Actually, I met them about a month ago and I understand that they have been regularly meeting Party Leaders and other religious leaders. They will hopefully submit us with an initial draft somewhere in March.

Q: Do you think the new Constitution would pave the way to create a true Sri Lankan identity instead of contributing to promote communal identities as happened in the past?

A: My hope and the Government’s hope is also to create a Sri Lankan identity where all Sri Lankans irrespective of their race, religion, caste, creed, and language could proudly proclaim this is my country. So, it is a challenging task.

There are extremists in all segments but the Government’s attempt and particularly if you look at SLPP, its National Organiser Basil Rajapaksa himself made a representation to the Committee. He was very clear that we want to create a Constitution which is inclusive and would sustain a long period of time. That is our attempt and we are working on that.

Q: President Gotabaya Rajapaksa addressing the 11th “Discussion with the Village” program held in Karuwalagaswewa said the people have to suffer due to the endless tug-of-war with public officials. Has the Government laid emphasis to overcome this and provide immediate solutions to the issues faced by the people?

A: Some of those things have been done. What is happening is the President has always as an administrator even before this Presidential tenure, he had been running the country as a secretary of various ministries. He understands the problems.

Q: Opposition Leader Sajith Premadasa said that SJB Parliamentarian Ranjan Ramanayake’s life is in danger and the Government should take the responsibility if anything happens to him. Your comments?

A: If they can point out as to why they feel like that because we have given him the best possible prison in the country.

The Angunakolapelessa Prison is the best prison in the country in terms of conditions. That is why we have given him that prison.

If there is any particular concern rather than statements, we will definitely address that. We need to protect MP Ranjan Ramanayake. Actually, we must protect all our prisoners. It has not been made known as to why they are saying so. I am the Justice Minister and even the Prison Reforms comes under my supervision at the Cabinet level. If there is any real concern, we can address it.

Q: The Government attempts to promote the concept of “One country, one law”. Will the Government be able to turn this into a reality?

A: Of course, we need to have a discussion on that as to what actually we need. I am for it and we are putting those things in place. Conceptually, we must identify what it is and we are doing that. We can do that and it is not a problem.