The human cost of school reopenings: Six teachers dead in the US in the past month By Renae Cassimeda

As a result of the widespread reopening of K-12 schools across the US, at least six teachers have died from COVID-19 over the past month, bringing the death toll among educators to at least 210 since the start of the pandemic. All of these deaths were absolutely unnecessary and are the direct result of criminal policies carried out by Democratic and Republican politicians at every level in the interest of protecting the profits of the financial oligarchy.

The recently leaked recordings of telephone interviews between US President Donald Trump and senior Washington Post reporter Bob Woodward have made clear that the Trump administration was fully aware of the massive and deadly danger posed by COVID-19 as early as January. The White House, both big business parties and the corporate media have conspired to downplay the threat of COVID-19 and try to inure the population to mass death.
A large proportion of the deaths of educators are from New York City, an earlier epicenter of the virus, where at least 31 teachers and 44 staff members have died from COVID-19, mainly in March and April. Underscoring the fact that the conspiracy against the working class continues today, New York City Mayor Bill de Blasio is colluding with the United Federation of Teachers to once again reopen schools in the largest school district in the country, with the aim of forcing 1.1 million students back into classrooms in order to set a precedent for Democratic-led districts across the country that have begun with online instruction.
The six reported deaths linked to school reopenings mark the beginning of what will become a flood of such reports, barring the independent intervention of educators, parents and students to force the closure of schools. The Educators Rank-and-File Safety Committee is fighting to organize the immense opposition to the deadly school reopenings, helping already to form committees in Florida, Texas, Michigan and New York. 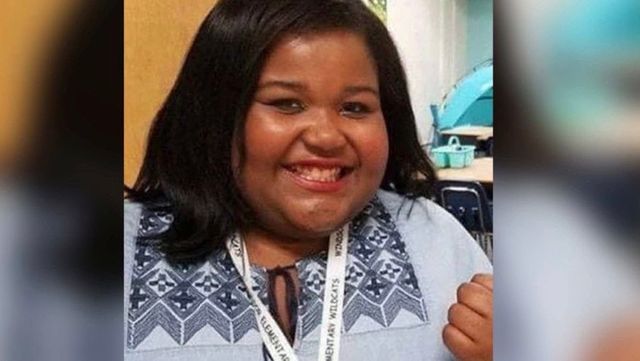 Demetria “Demi” Bannister (Credit: Leevy's Funeral Home)
In Columbia, South Carolina, Demetria “Demi” Bannister, only 28 years old, died Monday, September 7, just three days after being diagnosed with COVID-19. Bannister was a third grade teacher at Windsor Elementary School and had worked there for five years. In addition to teaching, Bannister was passionate about music and worked with the school choir, as well as a student club for aspiring singers.
The district began the school year virtually on August 31, and Bannister began the year teaching from home. However, she had been forced to work from her school site the week prior for teacher training. South Carolina has had more than 126,000 infections and over 2,900 deaths since the onset of the pandemic.
In Potosi, Missouri, 34-year-old AshLee DeMarinis, a special education teacher at John Evans Middle School, died Sunday, September 6 after a three-week battle with complications from COVID-19. Coronavirus cases have been rising in Missouri since early August.
St. Louis County health officials said last week that 39 students and 34 staff members at public and private schools tested positive in August, with most of the students attending middle or high schools. The state reported 773 new cases on Tuesday, surpassing 95,000 in total. According to Johns Hopkins University, Missouri is now tied with Oklahoma for the fifth-highest rate of new confirmed cases per 1,000 residents. St. Louis County is in the top 50 counties for total COVID-19 case numbers.
In Vancleave, Mississippi, Tom Slade, 53, tested positive for COVID-19 on August 24 and died Sunday. Since 1991, Slade taught US history and world civilizations at Vancleave High School. According to the Jackson County School District’s reopening guidelines, teachers had returned to the classroom on August 3, with in-person instruction beginning August 6, but reports indicated that Slade contracted the virus from a church gathering.

In Oxford, Mississippi, 42-year-old Nacoma James, a teacher at Lafayette Middle School, died in early August during the first week that students returned to campus. James, also the Lafayette High School Football coach for over 16 years, spent the summer coaching at football practices until he was forced to self-quarantine after contracting COVID-19. Mississippi alone has reported 604 COVID-19 cases among school teachers and staff since the start of the pandemic, with the majority happening over the past six weeks.
In Tahlequah, Oklahoma, Teresa Horn, 62, died August 28 from a heart attack after testing positive for COVID-19 just four days prior. She was a special education teacher at Tahlequah High School for 26 years. Horn had been teaching on site until August 21, when she called in sick.
The sixth death is a still unnamed special education teacher in the Des Moines Public Schools system in Iowa, who died on Tuesday, September 1. District spokesman Phil Roeder said the teacher, who worked at the Ruby Van Meter School for intellectually disabled students, fell ill after an out-of-state trip and died this week. Nearly 1,500 district employees have underlying health conditions that could put them at higher risk, not including those who are over age 60.
One in four teachers in the US, or nearly 1.5 million people, are at increased risk for serious illness if they become infected with the coronavirus, according to a report from the Kaiser Family Foundation (KFF). This figure includes educators who are over the age of 65 or who have an underlying health condition that makes them more vulnerable to complications from COVID-19.
Infections have exploded in Florida, one of the five states with state-mandated in-person instruction available part-time or full-time for K-12 students. According to a report published in the Washington Post earlier this week, cases of COVID-19 among school-aged children in Florida have increased by 34 percent since schools started to reopen in August. This means that more than 10,500 children under the age of 18 have tested positive since August 10, when about half of the state’s 4,500 public schools began herding students back into their buildings.
Amid such stark conditions, K-12 schools and colleges have continued to reopen their campuses with in-person instruction in recent weeks, producing a rapid spike in COVID-19 cases in these communities. In places where major opposition is mounting, local and state governments have leaned on contracts and the courts to retaliate against opposition to in-person reopening plans.
In Polk County, Iowa, the Des Moines Public School District filed for an injunction after the Iowa Department of Education denied its waiver to begin the school year fully online. The district’s counsel claimed that “social distancing would be impossible because most of Des Moines’ schools are already at capacity, putting students and staff at risk for COVID-19.” A district court judge denied the motion on Tuesday, siding with the state, and argued that in-person school attendance was a matter of state law, not local control. The ruling came one week after confirmation of the above-mentioned Des Moines teacher’s death was released.
Iowa Governor Kim Reynolds issued a criminal state mandate in July that every student must spend at least half of his or her schooling inside classrooms. Temporary or continuous remote learning for an entire school or district can be requested only if the COVID-19 positivity rate averages 15 to 20 percent countywide over the course of 14 days.
Polk County’s current positivity rate is just under 10 percent, itself a highly elevated figure that indicates widespread community transmission and inadequate testing. It has the highest number of cases and deaths in the state with 14,313 cases and 248 deaths, while cases have surged throughout the state, with major outbreaks at the universities.
On August 31, teachers in Andover, Massachusetts protested unsafe working conditions by refusing to work inside their school buildings for a professional development day. Teachers had cited concerns about poor ventilation and safety and decided to work outside the school buildings instead. School district officials denounced the action as an “illegal strike” and took legal action against teachers, who were then ordered back to work by the union.
The Commonwealth Employment Relations Board (CERB) ruled Wednesday that Andover teachers participated in an illegal strike when they refused to enter school buildings for a professional development day last week.
Andover Public Schools are set to begin the school year with a hybrid learning plan on September 16, with each student attending in-person two full days per week. The court ruling indicates that teachers have no right to choose where they work, regardless of safety concerns, and the teachers unions have long agreed to these mandates.
Alongside hundreds of thousands of workers throughout the world, educators are being sacrificed in the interests of private profit. Workers and youth are waking up to this reality across the globe and entering struggles to close their campuses and protect their teachers and students. This fight is currently spearheaded by the strike of graduate students at the University of Michigan, which portends a major upsurge of the class struggle in the US and internationally.
The fight to ensure not a single further death is inflicted on the population lies in the struggle of teachers, school workers and students to protect their lives by forming independent rank-and-file safety committees which they control. Such committees have begun forming throughout the US, with committees in Detroit, Texas, and New York City established within the past week.
We urge all those who seek to wage a genuine struggle to close schools and save lives to contact us today, join the discussion on our Facebook page, and register for this Saturday’s online call-in meeting.