tatement on the Arrest and Detention of Attorney-at-law Hejaaz Hizbullah.

We are writing with deep concern about aspects of the arrest and detention of attorney-at-law Hejaaz Hizbullah. According to media reports on the habeas corpus application filed by Mr. Hizbullah’s father Naina Hizbullah, Mr. Hizbullah had received a phone call, purportedly, from officers of the Ministry of Health (MOH) who had inquired if he had been at a certain location and requested him to remain at home as officials of MOH would visit him. Instead of officials from the MOH, officers from the Criminal Investigation Division (CID) arrived at his home, handcuffed him and interrogated him. Following that they are said to have taken him to his Law Chamber and accessed two case files as well as searched and read other material related to his legal practice. Thereafter, Mr. Hizbullah’s wife, who is not proficient in Sinhala, was reportedly ordered to sign a statement in Sinhala. Following that Mr. Hizbullah was taken to the fourth floor of the CID, where reportedly Mr. Hizbullah was arrested and is still detained. Supposedly, to date, Mr. Hizbullah has not been informed of the reason for the arrest nor has he been granted access to his lawyers except in restricted circumstances for about fifteen minutes and in the presence of a CID officer. 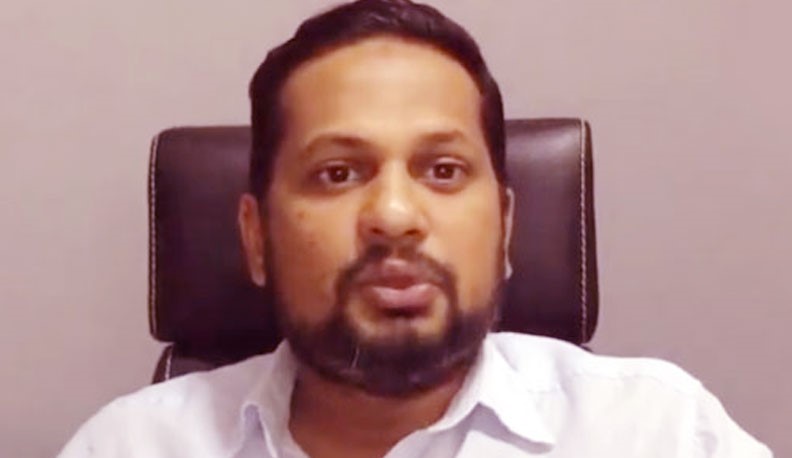 While acknowledging the need to conduct thorough investigations into any alleged offence, in this instance, prima facie it appears that the detainee has been denied due process rights. According to facts in the public domain, the CID officers did not inform him of the reason for the interrogation or thereafter the arrest. Although the authorities failed to inform Mr. Hizbullah, his family or his lawyer of the reason for the arrest, they convened a press conference on 15 April 2020 at which they stated he was arrested in relation to the Easter attacks of April 2019.
We note that to date, to the knowledge of his family or lawyer, Mr. Hizbullah has not yet been produced before a magistrate, to which he is entitled per the Constitution of Sri Lanka and human rights norms, and it is unclear under which law Mr. Hizbullah is being detained. Media reports suggest that Mr. Hizbullah is being detained under the Prevention of Terrorism Act. If this is the case, he should have been produced before a magistrate before the conclusion of seventy-two hours or a detention order should have been issued. In the case of Mr. Hizbullah neither appears to have taken place, which could render the arrest and detention, and hence constitute a violation of Article 13 of the Constitution of Sri Lanka.

The fact that Mr. Hizbullah has not been allowed to meet his lawyers without the presence of CID officers despite a written request submitted on the 15th April, is cause for grave concern as the right to legal representation is an important element of the right to due process, to which every person is entitled according to Article 13 of the Constitution of Sri Lanka. Unimpeded access to legal counsel is also a statutorily guaranteed right to any person arrested in Sri Lanka.
The most troubling aspect of the process of arrest is that CID officers had allegedly accessed two case files of Mr. Hizbullah, which is a severe impingement of attorney- client privilege, as well as of Mr. Hizbullah’s right to practice his profession freely. Such blatant disregard of the due process rights of an officer of the Supreme Court of Sri Lanka and what appears to be his right to practice his profession freely, have a chilling effect on all legal professionals in Sri Lanka, as it creates fear they will be penalized for meeting with persons who are alleged to have committed offences as part of performing their duties as attorneys- at- law.
We call upon the authorities to respect Mr. Hizbullah’s due process rights, in particular to grant immediate access to his lawyers to receive instructions, provide reasons for his arrest as well as evidence that the arrest is not arbitrary and produce him before a magistrate immediately.
We request the Hon. Chief Justice to take note of the apparent interference by law enforcement authorities in the right of an officer of the Supreme Court to practice his profession freely and make necessary interventions to ensure attorneys-at-law are able to perform their functions without fear.
Institutions
Source: https://srilankabrief.org/2020/04/sri-lanka-arrest-and-detention-of-attorney-at-law-hejaaz-hizbullah-is-arbitrary-interference-of-his-legal-practice-joint-statement/
- April 24, 2020