The much needed change in policy cannot be brought about without a change in the balance of forces.

The 21st Congress of the Communist Party was held on Friday, September 29 at the Shalika Hall, Narahenpita, Colombo. Former Minister and the General Secretary of the Communist Party D.E.W. Gunasekera delivered the keynote address.
Imperialism now resorts to selective strategies namely: Destabilization of States, Regime Change and Military Aggression
As pledged the Government is called upon to speed up the Constitutional Reforms
The positive democratic and progressive elements are in a state of disarray and frustration
Excerpts:
The rise of the Asian economy after a period of 500 years was the central factor which brought about the decisive turn in the balance of world economic powers.
Its ability and potentiality to cope up with challenges posed by the 4th Industrial Revolution, particularly in the sphere of ICT is a factor to be reckoned with. India becoming the fastest growing economy in the world, is strengthening Asian economy as a whole.

Meanwhile the giant economic projects initiated by China embracing, sixty five Sovereign States, namely Belt and Road Initiative on the traditional Silk Route will be a catalyst for the developing countries to boost their economies collectively.
This project, in our view, creates conditions conducive to meet the challenges posed by international terrorism and also to ensure the elimination of poverty and social inequality. This project, if allowed to operate smoothly, will close all gaps available for empires to intervene in the affairs of sovereign States. It will also create conditions for the solution of ethnic and religious conflicts-the legacies of feudalism and colonialism.
Due to changes in the world order and the change in the balance of economic power, imperialism now resorts to selective strategies namely: Destabilization of States, Regime Change and Military Aggression.
With the collapse of the Soviet Union, the Imperialists anticipated that Russia would enter their orbit of Neo-Liberalism.
With their hopes being shattered with the re-emergence of Russia as a power in the Euro-Asia region, imperialists now use the NATO to expand their strength and influence in the Eastern Europe to counter Russia.
Similarly, with the policy of pivot to Asia, U.S. has shifted its concentration to the Asia-Pacific region.

Eight years have elapsed since the end to the conflict and still the parties have failed to give priority to economic, social and conditions of the Tamil speaking people

Taking these new developments in the international arena, the Communist Party calls upon all progressive and democratic forces not to allow conditions to be created for a favourable environment for the imperialists to interfere in the matters of other democracies.
In the context of those international developments, now I come to the national situation. What were the striking features of development in the national scene since our last congress in July, 2014? 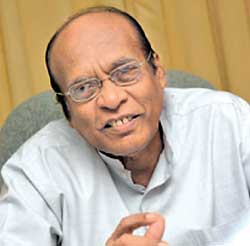 They are namely, the Presidential Election in January, 2015 and transfer of power to a new President, change in the leadership of the Sri Lanka Freedom Party, General Elections in August, 2015 and shift of power in Parliament to UNP and SLFP for a Unity Government and the 19th Constitutional Amendment.
What are the formidable challenges facing the new Government?   Firstly - as pledged to the people both in the Presidential Election and the General Elections, the Government is called upon to speed up the Constitutional Reforms.
However, new contradictions between the UNP and the SLFP have emerged, particularly with regard to question of the abolition of the Executive Presidency.
Secondly - Unresolved national question is in the agenda as a high priority consideration.
Thirdly — Electoral Reforms — The process has started.
Fourthly — On the question of economic policy, there appears to be two agendas and also policy conflicts between the two wings of the Government— the UNP and the SLFP.
On the economic front the Government is facing a triple crisis — Deficit, Exchange and Debt. These three crises are inter-related.
All Governments from 1978 afterwards adopted the Neo-Liberal taxation policy conceived by the IMF, which resulted in a sharp drop of Government Revenue.  This Debt Trap is a global phenomenon. This is precisely why we have got into debt trap. This is inevitable since it is the logical outcome of Neo-Liberal taxation policy.
Our speculation was not based on any astrological calculation, but based on scientific analyses of the prevailing political trends and possible shifts in the balance of social forces.
After the General Election in August 2015, the shift was pronouncedly seen with the sections of the SLFP joining the Unity Government and rest remaining in the Opposition as a separate group calling themselves as the Joint Opposition.
No single party had a clear majority in the Parliament and a UNP-SLFP Unity Government came into being. Thereafter, the political situation became fluid, complex and confusing.
The Communist Party remained in the Opposition refraining from aligning itself with any grouping but reserving its right to take an independent position based on issues.
This helped the party to take a principled position with regard to Constitutional Reforms, Electoral Reforms and issues relating to the National Question.  It also ensured the Communist Party not to fall in line with extremist and chauvinistic trends.

Our Party was guided by the political strategy decided upon by the 20th National Congress. Judging by the experiences of the CPSL during its period in the Government as a constituent partner of the SLFP led Governments, the CPSL decided upon a new political strategy to bring about a new alignment of forces for a Left and democratic Alliance with an alternative policy framework.
The self-critical assessment of the CPSL’s role in the Government also strengthened the need for a new political strategy. With this end in view, the CPSL proposes to reach a closer understanding with the Leftist and Democratic Forces.
In this connection, I call upon the Leftist Forces to comprehend the new realities of the world situations, draw lessons self-critically from their own experiences and explore the possibility of bringing unity of left and democratic forces.
The split in the SLFP has been caused by subjective factors and not by any sharp political or ideological or class differences. It has, on the one hand only strengthened the Rightist Forces in the country and on the other, contributed to nourishing of chauvinist tendencies.
The positive democratic and progressive elements are in a state of disarray and frustration.
The inability on the part of the SLFP to analyse, assess and comprehend the objective factors operating in the economy and society have placed the SLFP in this confused situation, causing frustration to the working people who support it.   Touching upon the situation in the North and East, there is no polarisation of social forces on the basis of class positions as yet.
Eight years have elapsed since the end to the conflict and still the parties in office have failed to give their highest national priority to economic, social and conditions of the Tamil speaking people.
In the absence of a lasting solution to the National Question through Constitutional reforms and policy changes, the extremist forces will be in a position either to dominate or pressurise the polity, preventing the moderate and progressive forces to enter the mainstream of political parties in the South having not comprehended the ground realities of the situation in the North and East, knowingly, unknowingly or deliberately continue to nourish those extremist tendencies.
The CPSL is of the view that the Leftist forces should collectively comprehend the realities of the prevailing situation and help the moderate and progressive Tamil speaking people to assert their political positions.
The CPSL does not waver in its principled position that the national question and Constitutional reforms need a national consensus. In the context of global, as well as domestic challenges, the need arises for an alternative policy in the absence of which, we shall not be able to lead the Leftist, Progressive and Democratic forces for solutions.
The much needed change in policy cannot be brought about without a change in the balance of forces.
It has been proved in history that a change in the policy direction can be brought about only by the unity of Leftist forces. It will be so, even in the future. Socialism is a long-term perspective. We of the Leftist Movement are called upon to create the preconditions for such a transformation.
In the context of new international developments, it is high time for the Leftist Forces to provide an alternative policy in order to face up to the new challenges facing the people of our country.