Who killed or may have killed SP Jamaldeen

“ Murder Most foul, as in the best It is, But this most foul, strange and Unnatural.” William Shakespeare (Hamlet (I.v.27) 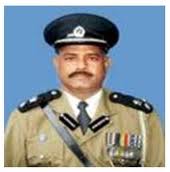 In respect of this killing there were several conspiracy theories circulating among the Muslims from Oddamvadi to Pottuvil but the fact remained that the LTTE claimed responsibility for the killing of Jamaldeen on their official Tamil websites of “Puthinam” and “Sankathi” on the 6th of April 2009, whilst the LTTE backed “Tamilnet” and IBC radio in London, claimed that it was the work of unidentified armed men. It has been the practice of pro-LTTE media to claim the LTTE killings as the killings perpetrated by “Unidentified gunmen or persons”. The pro-LTTE websites and the national Tamil pro-LTTE newspapers, like “Veerakesari” and “Thinakkural” claimed that the killing was carried out by” unidentified” and “unknown persons”, respectively.

The conspiracy theories that were circulated by the vested groups are as follows; (1) Jamaldeen was known to be an opponent to the set up of a Tamil DS division in Kalmunai and this dissent may have irritated Karuna's faction who were in favour of the creation of a separate DS division for Tamils of Kalmunai. Thus, he may have been allegedly killed by “Karuna's Group”, as a result of differing opinions.

(2) Jamaldeen worked a couple of years ago at Kattankudy as a SI when there was a sectarian violence taking place between the mainstream Muslims and the followers of the Sufi sect of Abdulla Pailvan where Jamaldeen had to give protection to the “Pailvan” supporters with regards to the burial of “Pailvan”, whose grave was desecrated by a group of youths from the mainstream Muslims, as he had been hailed to be a heretic. Abdulla Pailvan was originally from Maruthamunai but settled in Kattankudy where he had large affluent followers alongside another sectarian leader of a Sufi sect, Rauff Moulavi. There was also a rumor that Jamaldeen himself was a supporter of Pailvan although he had never associated with him or became a member of his group. He also held a position as a trustee of the Al-Kabeer Mosque in Maruthamunai , belonging to mainstream Muslims. Due to this previous incidence in Kattankudy , those mainstream Muslims who considered him to be a supporter of Pailvan Group may have killed him for revenge. This is the basis on which, the Special Police Team "determined" that Jamaldeen was killed by members of the rival Muslim sect.

In this background, Mr.Dilshan, a member of the Provincial Council from Maruthamunai has issued condolence flyers in Maruthamunai, in which he conveyed his suspicion that it was the work of those who are in power in the eastern province now, and he assured that the Muslims would not retaliate to what happened to their man. Most of the people in Maruthamunai have been politicized to believe that the LTTE may not have done it despite its public claims of responsibility on the web which are not frequented by the wider population of people in Maruthamunai and those who know the admission of LTTE’s responsibility try to argue naively that the LTTE may have accepted responsibility to convey a message of threat indicating their activity and presence in the East. I do understand that that Police Team that visited Maruthamunai , has “determined” responsibility, on the basis of what people thought or knew about the killing , rather than carrying out a proper police investigation which eventually seem to have exonerated the LTTE who admitted responsibility over the killing and have instead held the suspected rival Muslims of Maruthamunai as responsible.

Then what about the LTTE's claims on their official websites “Puthinam” (An External Link)
and “Sankathy” (An External Link ) in which the LTTE publicly claimed responsibility immediately after the killing on the same day, without allowing any assumptions or conspiracy spread in the media. It is a known truth that Police have so far not effectively conducted any investigation as to several killings committed by the LTTE but in this case, they appear to have hurriedly determined that this is the work of Karuna, because of their consultation with the “public.”. It also seems that no English media picked up on the acceptance of the LTTE for the killing of Jalaldeen on their Tamil web media. The LTTE would never take responsibility for killings that they never committed. Having this news been publicized by “Lakbimanews” (An External Link) some Tamil media abroad made another invention that the rival Muslim Sect are “Shias”.
- March 14, 2011